The Masked Man and Tonto return in four (more) classic episodes from the long-running western-TV series. 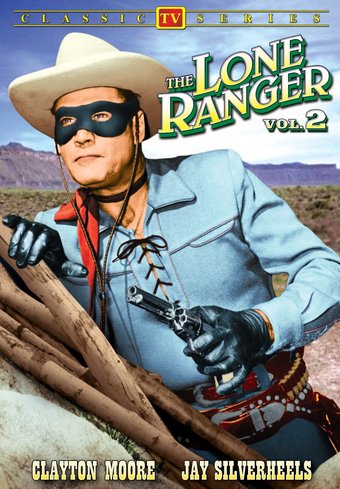 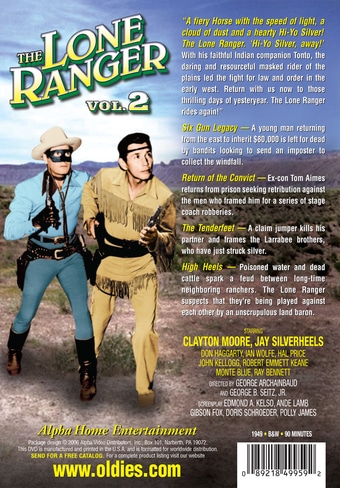 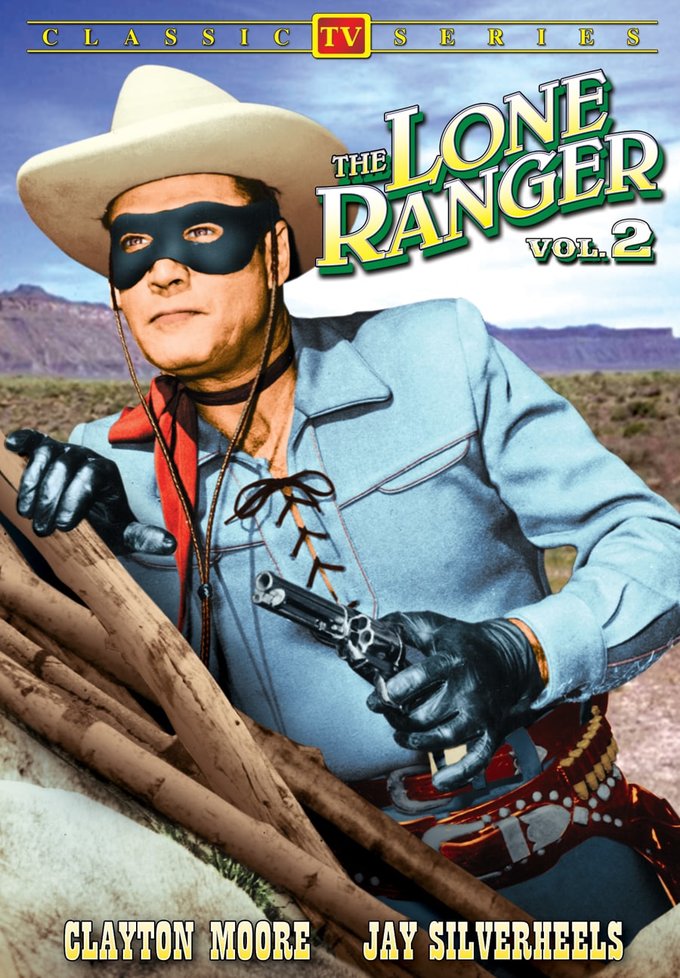 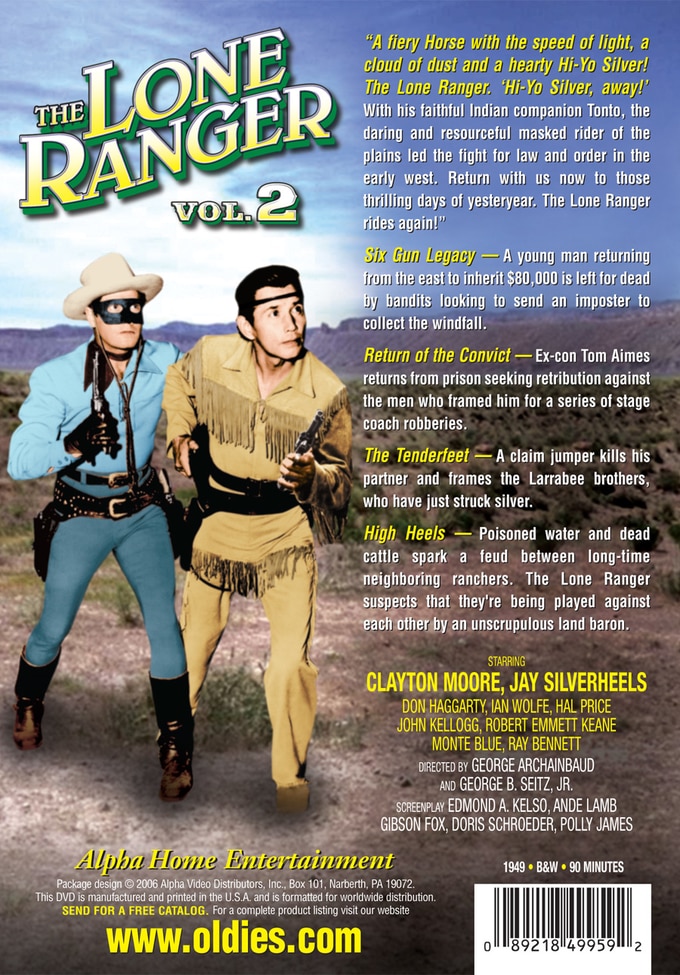 "A fiery Horse with the speed of light, a cloud of dust and a hearty Hi-Yo Silver! The Lone Ranger. 'Hi-Yo Silver, away!' With his faithful Indian companion Tonto, the daring and resourceful masked rider of the plains led the fight for law and order in the early west. Return with us now to those thrilling days of yesteryear. The Lone Ranger rides again!"

Six Gun Legacy: A young man returning from the east to inherit $80,000 is left for dead by bandits looking to send an imposter to collect the windfall.

Return of the Convict: Ex-con Tom Aimes returns from prison seeking retribution against the men who framed him for a series of stage coach robberies.

The Tenderfeet: A claim jumper kills his partner and frames the Larrabee brothers, who have just struck silver.

High Heels: Poisoned water and dead cattle spark a feud between long-time neighboring ranchers. The Lone Ranger suspects that they're being played against each other by an unscrupulous land baron.

Starting out as a radio program, beloved kiddie western THE LONE RANGER moved to the television screen in 1949 and enjoyed popularity until its demise in 1957. The series followed the adventures of the heroic Lone Ranger (Clayton Moore) and his Indian sidekick Tonto (Jay Silverheels) as they roamed the Wild West fighting for justice with their trademark silver bullets and trusty steeds. This collection includes four vintage episodes from the beloved show.

Action | Series | Cowboys | Classic Television
This product is made-on-demand by the manufacturer using DVD-R recordable media. Almost all DVD players can play DVD-Rs (except for some older models made before 2000) - please consult your owner's manual for formats compatible with your player. These DVD-Rs may not play on all computers or DVD player/recorders. To address this, the manufacturer recommends viewing this product on a DVD player that does not have recording capability.