Young western hero rides the range with his kid sister Calamity is four more episodes of the vintage TV series. 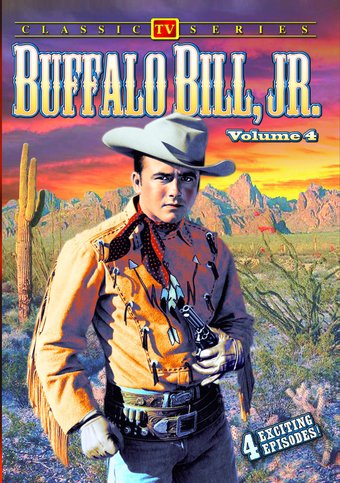 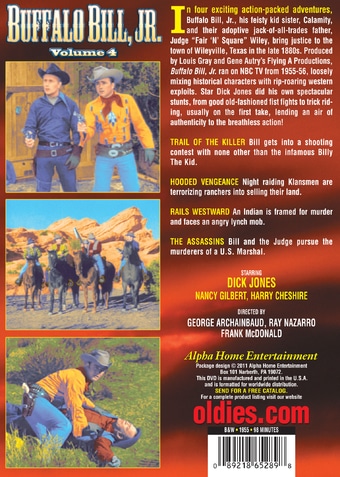 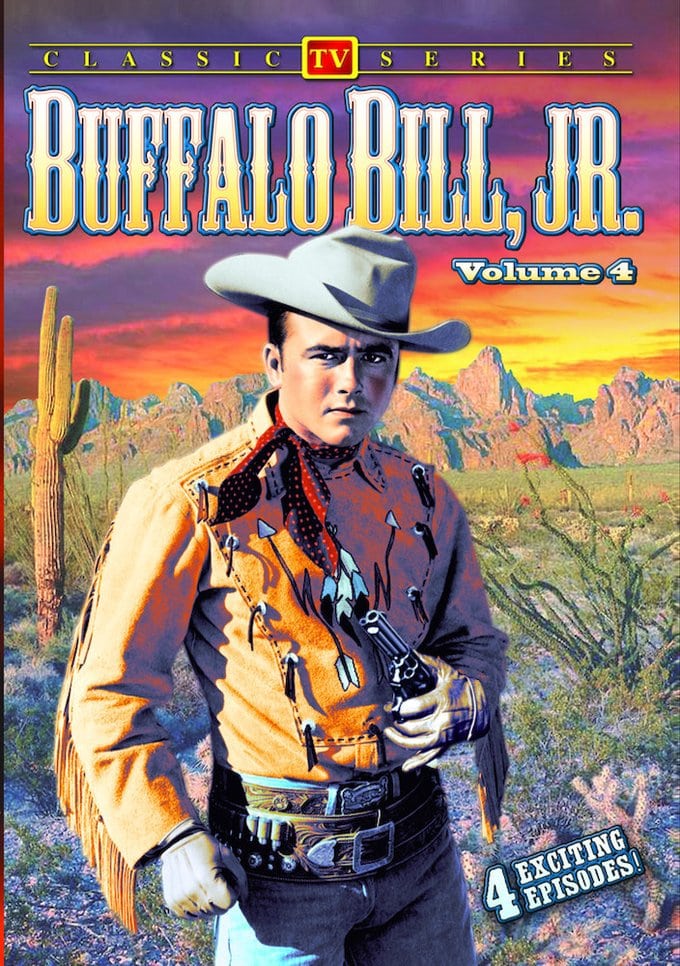 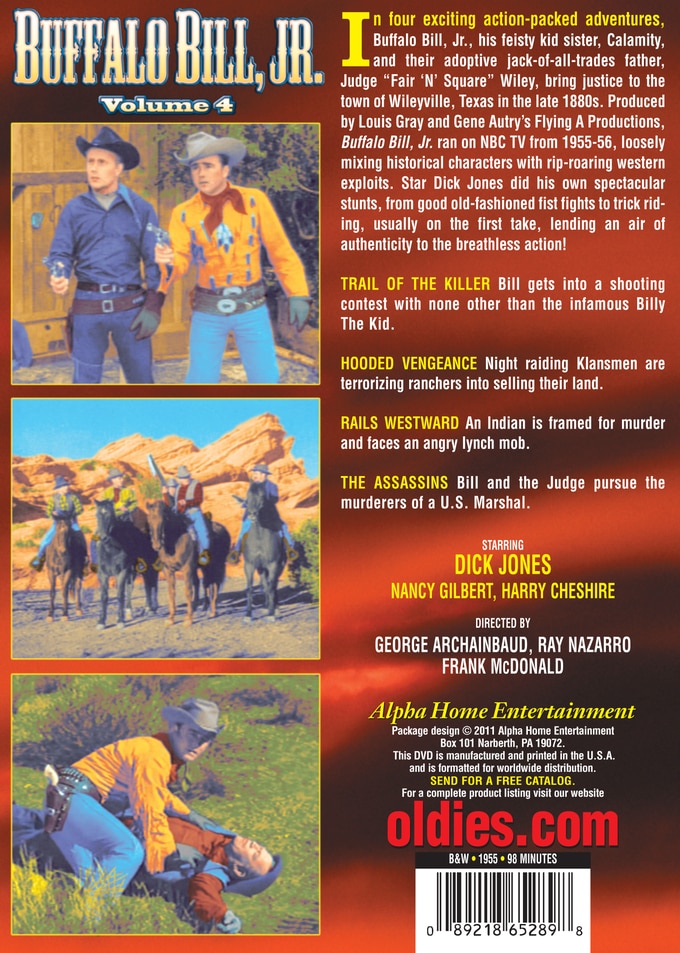 Trail Of The Killer: Bill gets into a shooting contest with none other than the infamous Billy The Kid.

Rails Westward: An Indian is framed for murder and faces an angry lynch mob.

The Assassins: Bill and the Judge pursue the murderers of a U.S. Marshal.

This release from the classic Western series BUFFALO BILL, JR. includes four episodes from the show, which aired on NBC from 1955-1956, following the story of young Buffalo and his tough-as-nails little sister Calamity. Episodes in the release include TRAIL OF THE KILLER, HOODED VENGEANCE, RAILS WESTWARD, and THE ASSASSINS.