The Masked Man and Tonto return in four classic episodes from the long-running western-TV series. 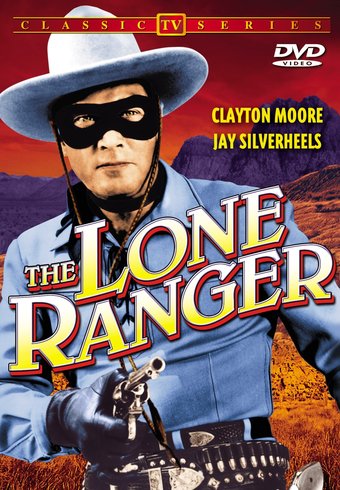 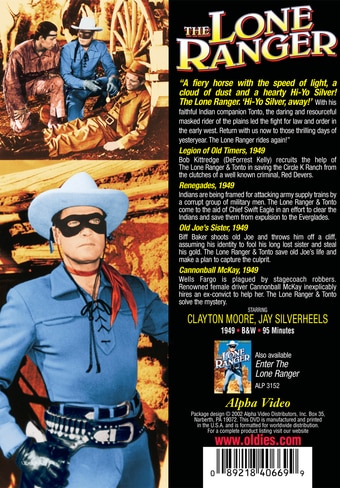 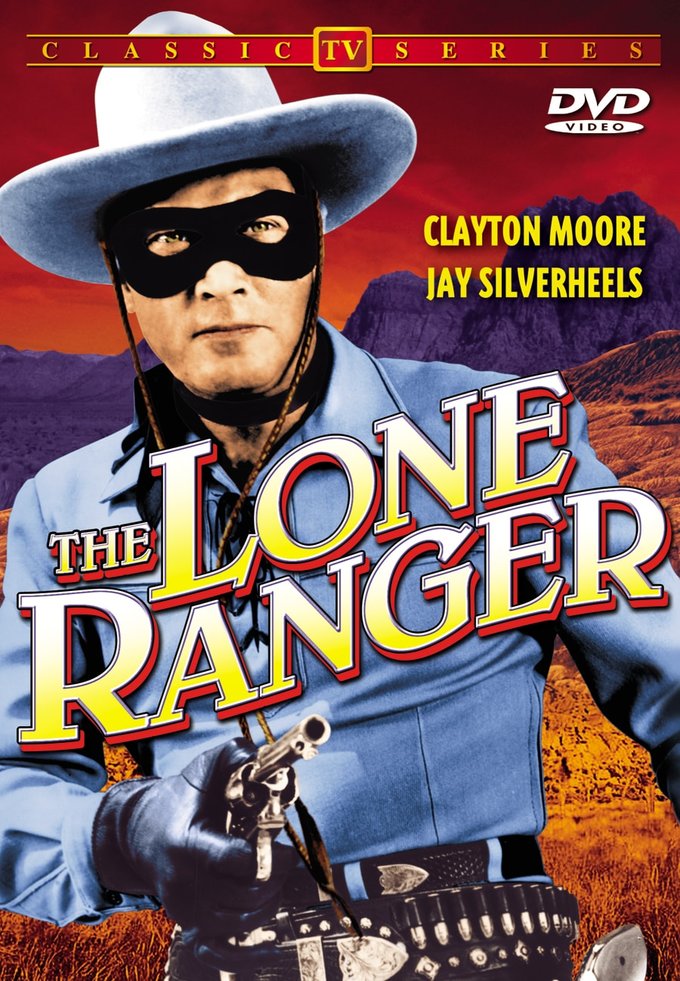 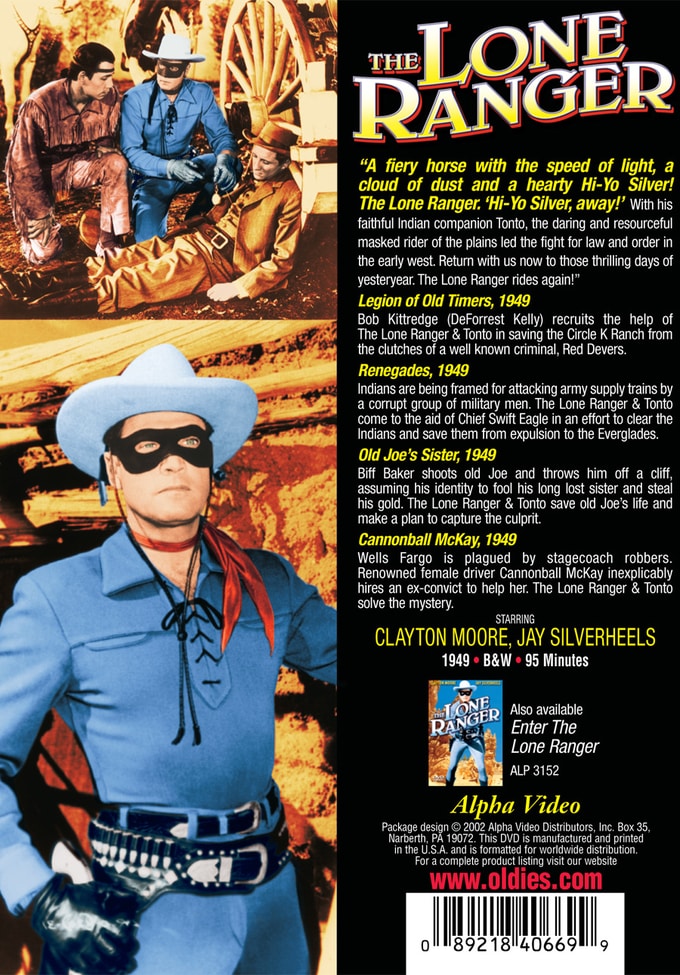 "A fiery horse with the speed of light, a cloud of dust and a hearty Hi-Yo Silver! The Lone Ranger. 'Hi-Yo Silver, away!' With his faithful Indian companion Tonto, the daring and resourceful masked rider of the plains led the fight for law and order in the early west. Return with us now to those thrilling days of yesteryear. The Lone Ranger rides again!"

Legion of Old Timers: Bob Kittredge (DeForrest Kelly) recruits the help of The Lone Ranger & Tonto in saving the Circle K Ranch from the clutches of a well known criminal, Red Devers.

Renegades: Indians are being framed for attacking army supply trains by a corrupt group of military men. The Lone Ranger & Tonto come to the aid of Chief Swift Eagle in an effort to clear the Indians and save them from expulsion to the Everglades.

Old Joe's Sister: Biff Baker shoots old Joe and throws him off a cliff, assuming his identity to fool his long lost sister and steal his gold. The Lone Ranger & Tonto save old Joe's life and make a plan to capture the culprit.

Adventure | Classic | Heroes
This product is made-on-demand by the manufacturer using DVD-R recordable media. Almost all DVD players can play DVD-Rs (except for some older models made before 2000) - please consult your owner's manual for formats compatible with your player. These DVD-Rs may not play on all computers or DVD player/recorders. To address this, the manufacturer recommends viewing this product on a DVD player that does not have recording capability.