Clint Walker returns in his iconic role of Cheyenne Bodie in the thrilling third season of the enduring Western series. 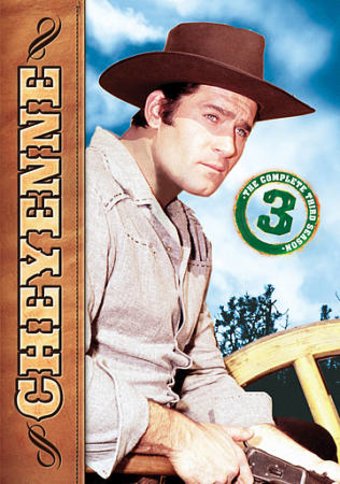 Clint Walker returns in his iconic role of Cheyenne Bodie in the thrilling third season of the enduring Western series. Cheyenne must face new obstacles in protecting the Old West, including facing a cruel and vicious killer preparing to wipe out an entire village, being trapped into traveling with a holdup gang and taking over as the leader of a wagon train heading to California. In a change of pace, Walker even plays a dual role as a song-and-dance man. Genre stalwarts including Marie Windsor, Claude Akins, Frank DeKova and Michael Landon add to the fun.

A series as well known for its tumultuous production history as for anything that happened onscreen, CHEYENNE went through a lengthy series of incarnations and massive cast overhauls during its eight-year run (1955-63) The basic story, however, remained relatively straightforward and easy to ascertain: Clint Walker starred as Cheyenne Bodie, a daunting adventurer and itinerant laborer during the era immediately following the U.S. Civil War. As the program rolled on, he drifted from western town to western town - defeating villains, romancing beautiful women, and trying his hand at different occupations. This box set contains all 20 episodes from Season Three, which originally ran from September 1957-June 1958; installments include THE MUTTON PUNCHER, BORDER AFFAIR and TOWN OF FEAR.