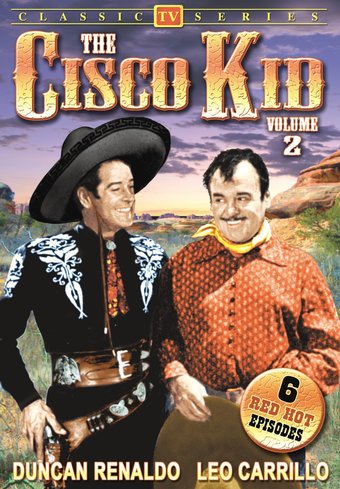 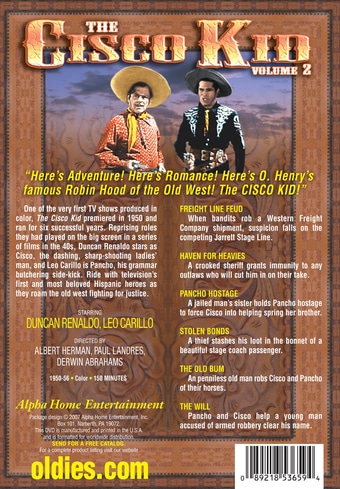 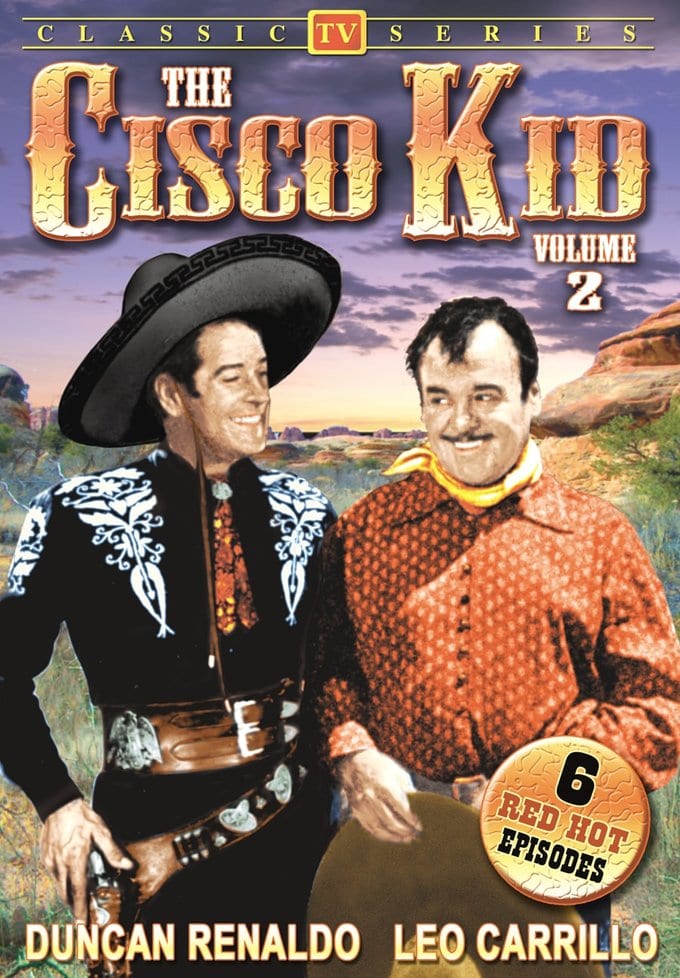 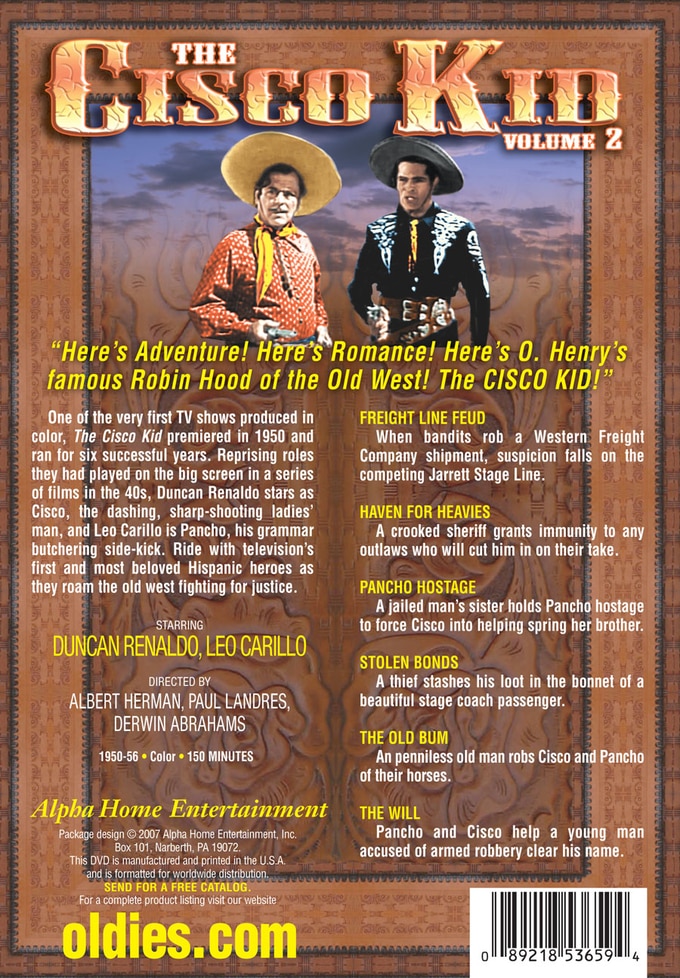 One of the very first TV shows produced in color, "The Cisco Kid" premiered in 1950 and ran for six successful years. Reprising roles they had played on the big screen in a series of films in the 40s, Duncan Renaldo stars as Cisco, the dashing, sharp-shooting ladies' man, and Leo Carillo is Pancho, his grammar butchering side-kick. Ride with television's first and most beloved Hispanic heroes as they roam the old west fighting for justice.

Haven For Heavies: A crooked sheriff grants immunity to any outlaws who will cut him in on their take.

Stolen Bonds: A thief stashes his loot in the bonnet of a beautiful stage coach passenger.

The Old Bum: An penniless old man robs Cisco and Pancho of their horses.

The Will: Pancho and Cisco help a young man accused of armed robbery clear his name.