A poor girl's mother wants to make a good impression on her daughter's wealthy suitor and "borrows" a rich woman's apartment. / Swing musician Louis Jordan and his band pose as cowboys on a dude ranch in the all-black cast "Look Out Sister." 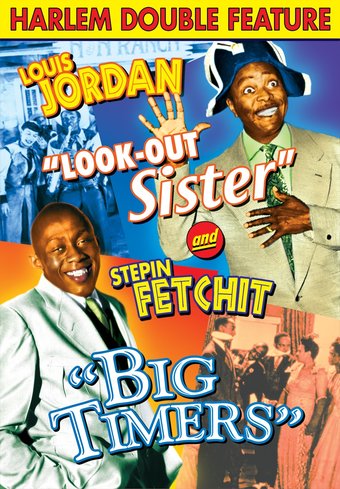 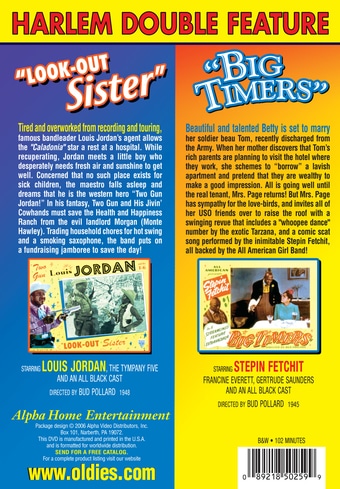 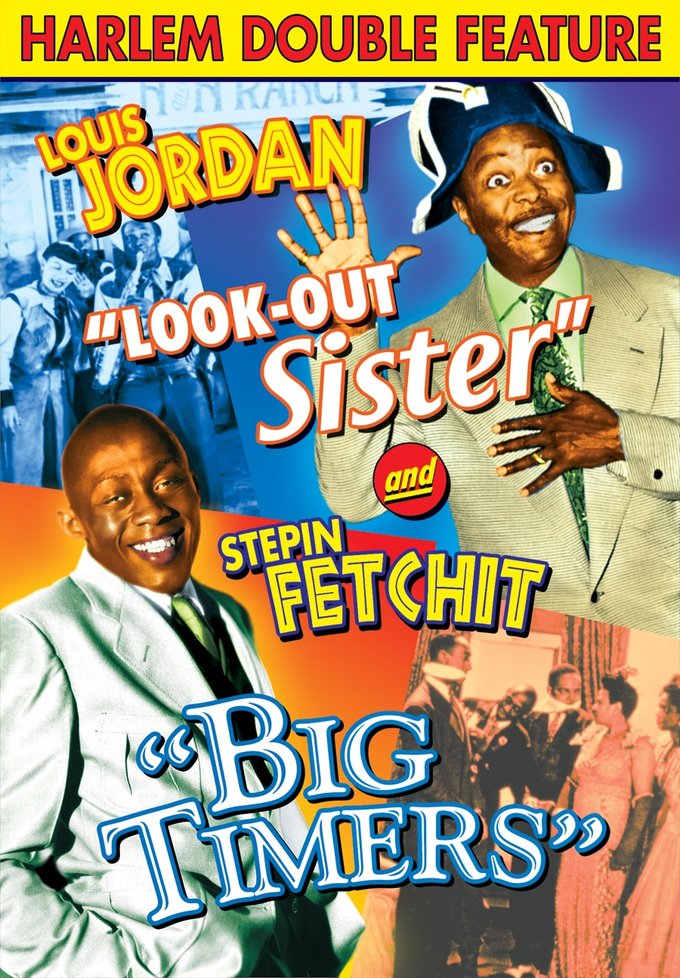 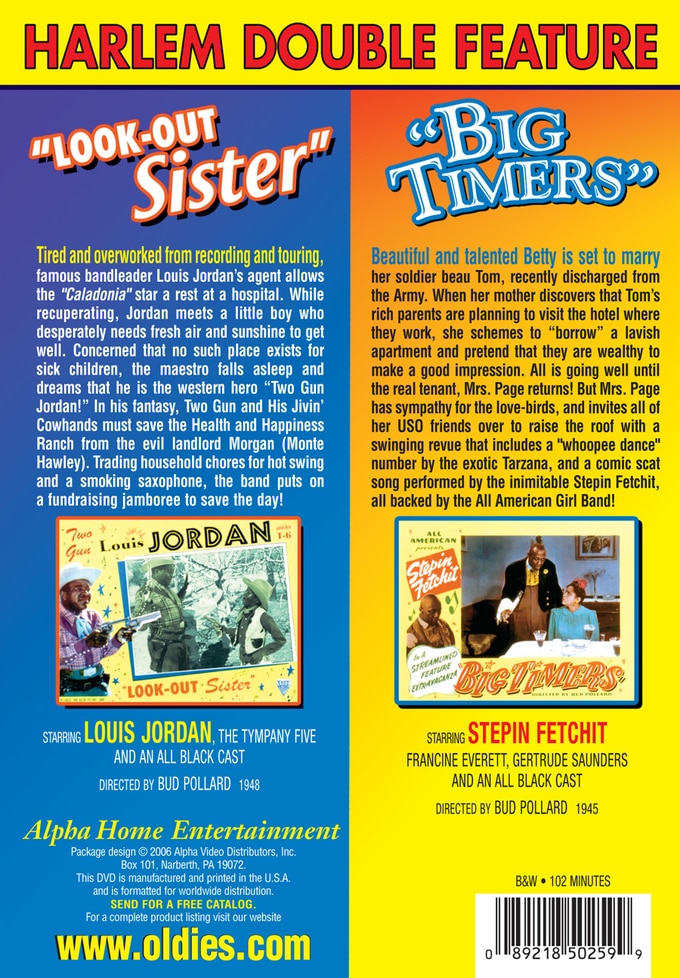 Look-Out Sister!: Tired and overworked from recording and touring, famous bandleader Louis Jordan's agent allows the "Caladonia" star a rest at a hospital. While recuperating, Jordan meets a little boy who desperately needs fresh air and sunshine to get well. Concerned that no such place exists for sick children, the maestro falls asleep and dreams that he is the western hero "Two Gun Jordan!" In his fantasy, Two Gun and His Jivin' Cowhands must save the Health and Happiness Ranch from the evil landlord Morgan (Monte Hawley). Trading household chores for hot swing and a smoking saxophone, the band puts on a fundraising jamboree to save the day! Starring Louis Jordan, The Tympany Five and an all black cast. Directed by Bud Pollard.

Big Timers: Beautiful and talented Betty is set to marry her soldier beau Tom, recently discharged from the Army. When her mother discovers that Tom's rich parents are planning to visit the hotel where they work, she schemes to "borrow" a lavish apartment and pretend that they are wealthy to make a good impression. All is going well until the real tenant, Mrs. Page returns! But Mrs. Page has sympathy for the love-birds, and invites all of her USO friends over to raise the roof with a swinging revue that includes a "whoopee dance" number by the exotic Tarzana, and a comic scat song performed by the inimitable Stepin Fetchit, all backed by the All American Girl Band! Starring Stepin Fetchit, Francine Everett, Gertrude Saunders and an all black cast. Directed by Bud Pollard.