A naive aspiring boxer falls into the hands of a greedy woman who tries to destroy him. / Two gambling hobos win a country club haunted by a gangster's ghost. 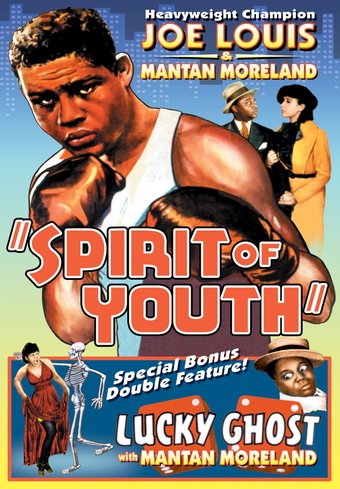 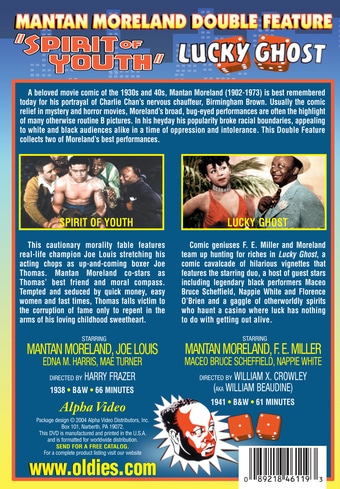 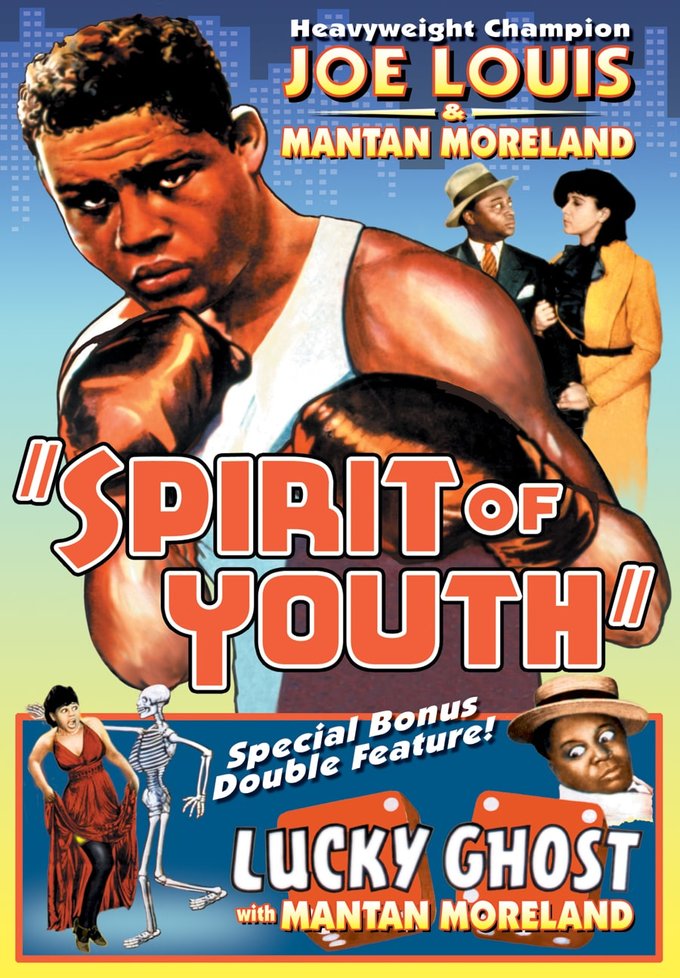 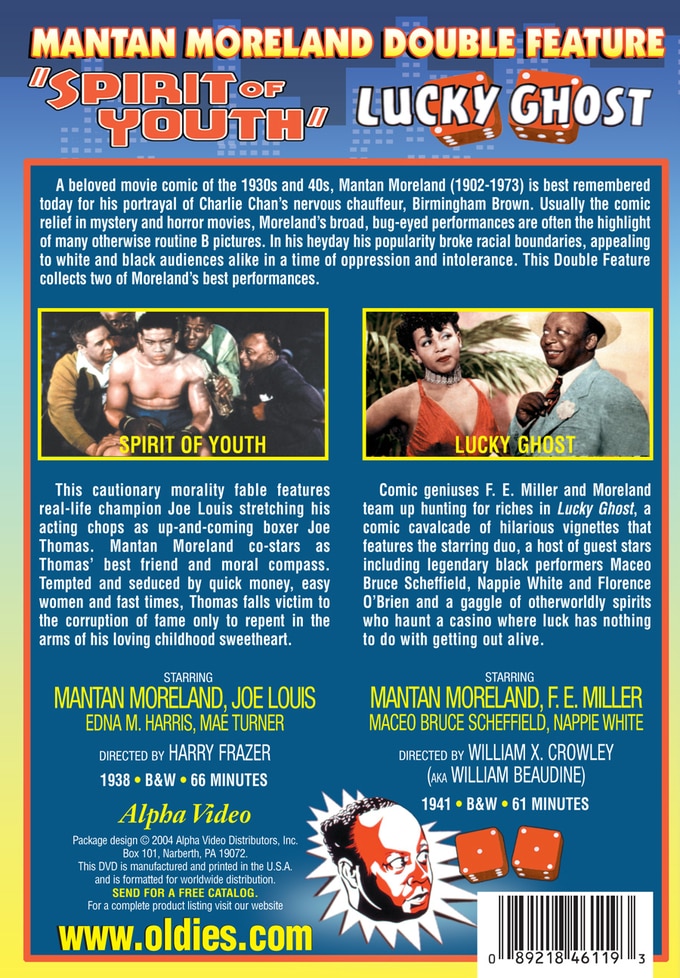 A beloved movie comic of the 1930s and 40s, Mantan Moreland (1902-1973) is best remembered today for his portrayal of Charlie Chan's nervous chauffeur, Birmingham Brown. Usually the comic relief in mystery and horror movies, Moreland's broad, bug-eyed performances are often the highlight of many otherwise routine B pictures. In his heyday his popularity broke racial boundaries, appealing to white and black audiences alike in a time of oppression and intolerance. This Double Feature collects two of Moreland's best performances.

LUCKY GHOST (1941; B&W 61 minutes): Comic geniuses F. E. Miller and Moreland team up hunting for riches in Lucky Ghost, a comic cavalcade of hilarious vignettes that features the starring duo, a host of guest stars including legendary black performers Maceo Bruce Scheffield, Nappie White and Florence O'Brien and a gaggle of otherworldly spirits who haunt a casino where luck has nothing to do with getting out alive. Starring Mantan Moreland, F. E. Miller, Maceo Bruce Scheffield, Nappie White. Directed by William X. Crowley (AKA William Beaudine).

SPIRIT OF YOUTH: A movie that features boxing champion Joe Louis in a starring role, SPIRIT OF YOUTH is a touching tale of a young boxer trying to make a career out of the sport. It's Louis who plays the up-and-coming star, Joe Thomas, who has an unfortunate brush with the corrupt side of the game on his way to the top. Luckily friends and a former sweetheart are around to set him straight, with Thomas quickly realizing that the boxing world is tough both in and out of the ring.

LUCKY GHOST: Mantan Moreland and F.E. Miller star in this comedic look at a casino which plays host to some ghoulish spirits from another dimension. Among the poker tables and slot machines, a host of guest stars make appearances, including Maceo Bruce Scheffield and Nappie White.