A low-level gangster determines to let nothing stand in the way of his gaining control of the numbers rackets in Harlem. / A young college student falls under the influence of a murderous gambler. 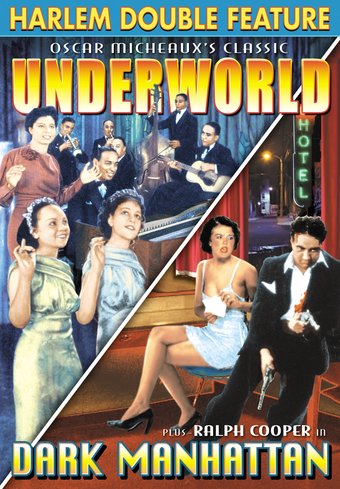 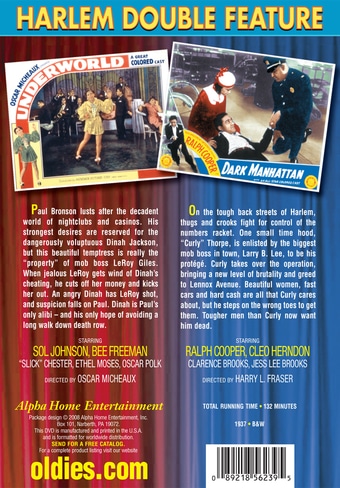 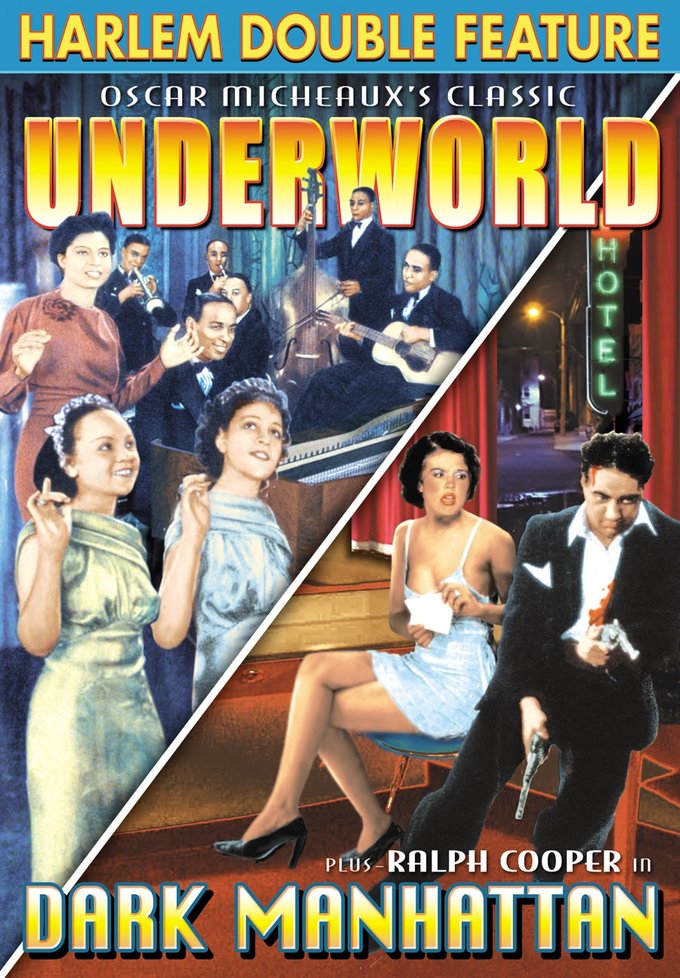 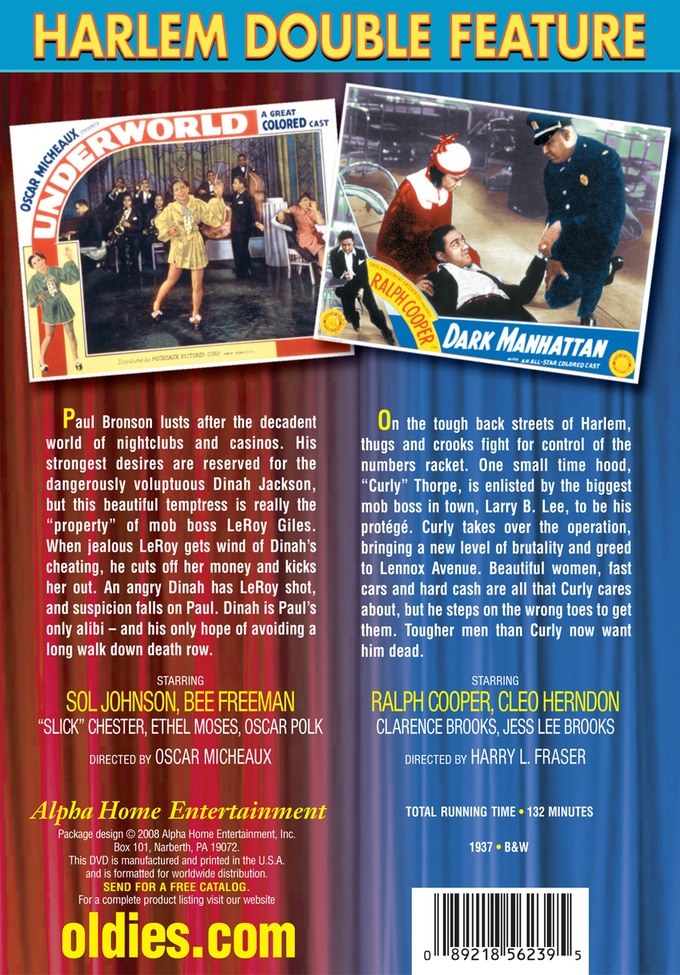 Underworld (1937, B&W): Paul Bronson lusts after the decadent world of nightclubs and casinos. His strongest desires are reserved for the dangerously voluptuous Dinah Jackson, but this beautiful temptress is really the "property" of mob boss LeRoy Giles. When jealous LeRoy gets wind of Dinah's cheating, he cuts off her money and kicks her out. An angry Dinah has LeRoy shot, and suspicion falls on Paul. Dinah is Paul's only alibi - and his only hope of avoiding a long walk down death row.

Dark Manhattan (1937, B&W): On the tough back streets of Harlem, thugs and crooks fight for control of the numbers racket. One small time hood, "Curly" Thorpe, is enlisted by the biggest mob boss in town, Larry B. Lee, to be his protégé. Curly takes over the operation, bringing a new level of brutality and greed to Lennox Avenue. Beautiful women, fast cars and hard cash are all that Curly cares about, but he steps on the wrong toes to get them. Tougher men than Curly now want him dead.

Thriller | Love Triangle | Crime | New York City
This product is made-on-demand by the manufacturer using DVD-R recordable media. Almost all DVD players can play DVD-Rs (except for some older models made before 2000) - please consult your owner's manual for formats compatible with your player. These DVD-Rs may not play on all computers or DVD player/recorders. To address this, the manufacturer recommends viewing this product on a DVD player that does not have recording capability.