A swinging variety show with Dizzy Gillespie and his all stars. / A fundraising concert is planned to save a small southern college. 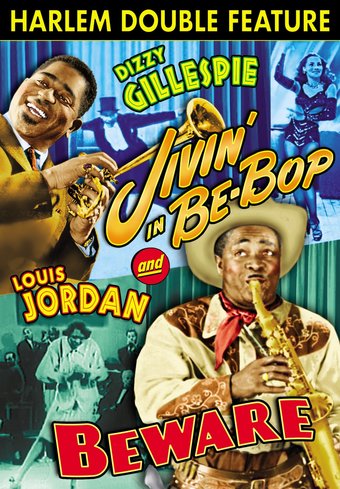 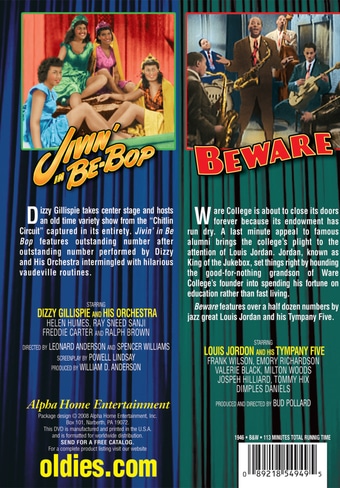 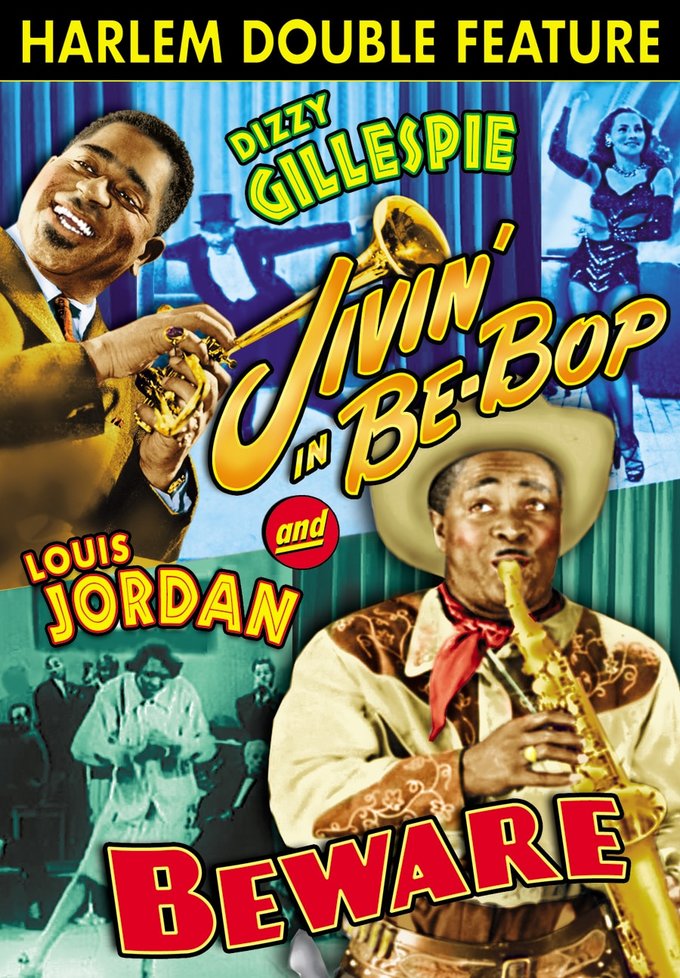 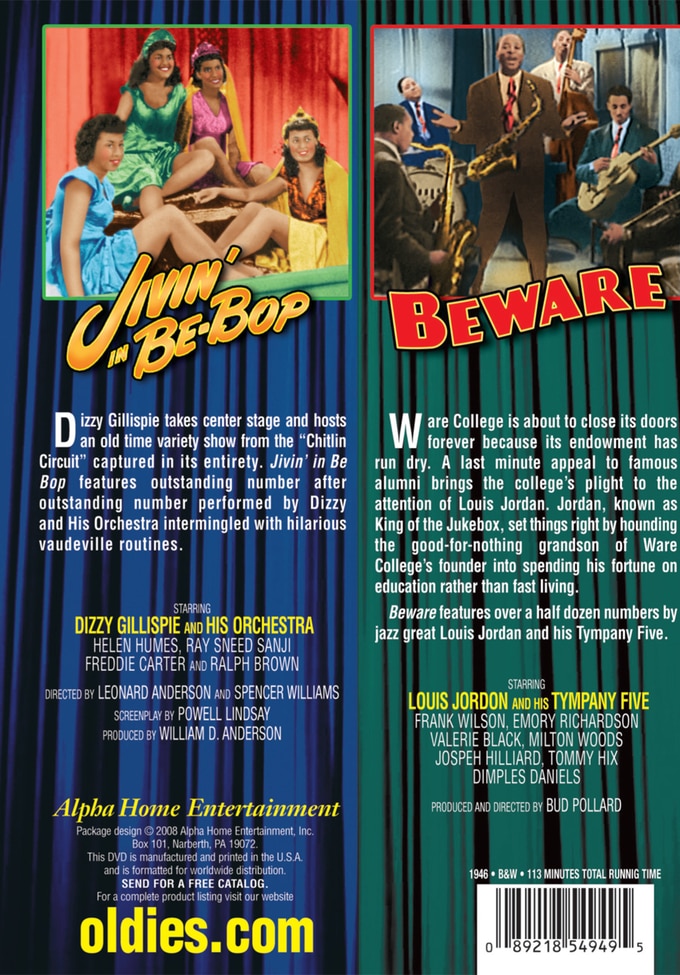 Jivin' In Be-Bop (1946, B&W): Dizzy Gillespie takes center stage and hosts an old time variety show from the "Chitlin Circuit" captured in its entirety. Jivin' in Be Bop features one smash show-stopping tune after another performed by Dizzy and His Orchestra intermingled with hilarious vaudeville routines.

Beware (1946, B&W): Ware College is about to close its doors forever because its endowment has run dry. A last minute appeal to famous alumni brings the college's plight to the attention of Louis Jordan. Jordan, known as King of the Jukebox, set things right by hounding the good-for-nothing grandson of Ware College's founder into spending his fortune on education rather than fast living. Beware features over a half dozen numbers by jazz great Louis Jordan and his Tympany Five.

JIVIN' IN BE BOP: A collection of hit singing and dancing numbers from the Jive era of the 1940's.

BEWARE:When Louis and his band find themselves stranded at a college, they discover a feud between the dean and a pretty gym teacher--really just an excuse for 10 musical numbers.

Vintage | Jazz | Musical Sequences | Jazz Legends
This product is made-on-demand by the manufacturer using DVD-R recordable media. Almost all DVD players can play DVD-Rs (except for some older models made before 2000) - please consult your owner's manual for formats compatible with your player. These DVD-Rs may not play on all computers or DVD player/recorders. To address this, the manufacturer recommends viewing this product on a DVD player that does not have recording capability.

The Duke is Tops (The Film Detective Restored Version)
$14.50
Add to Cart