This mystery in a nightclub features an all back cast with musical numbers including "I'm a Bangi from Ubangi." / Jeni Le Gon stars as a nightclub singer in this "all-Negro" crime melodrama. 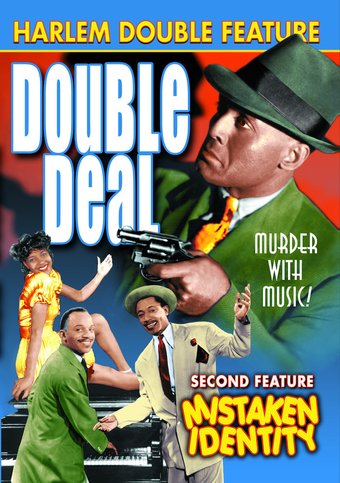 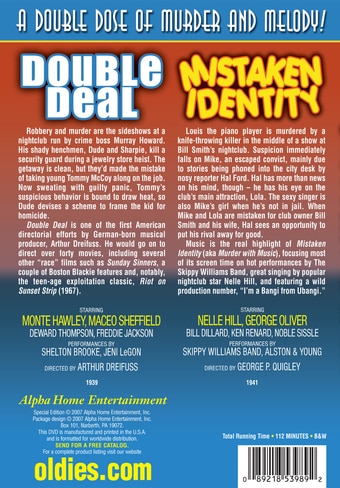 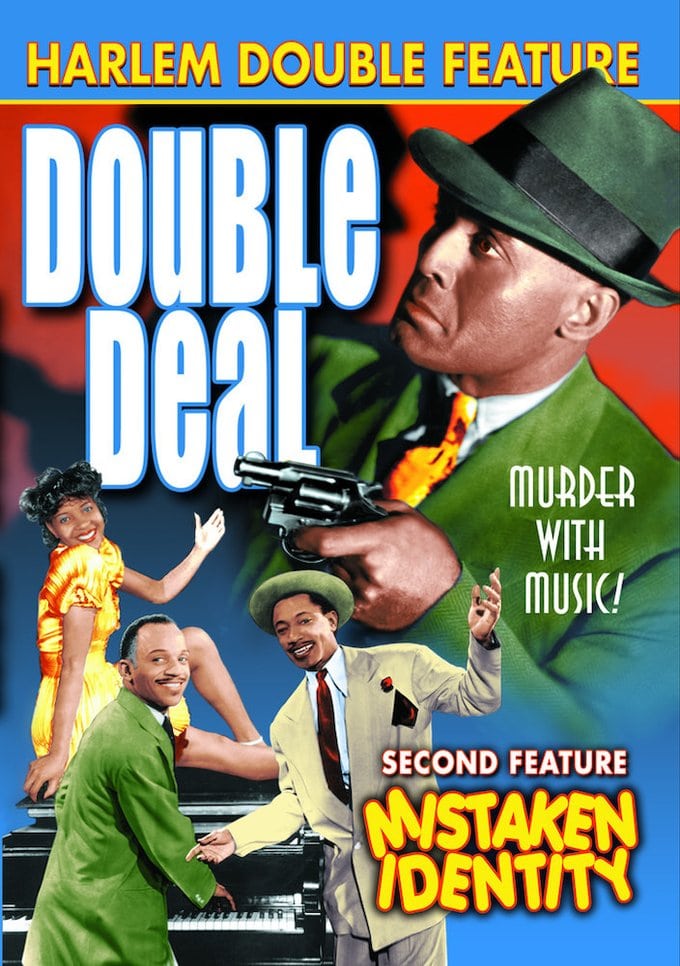 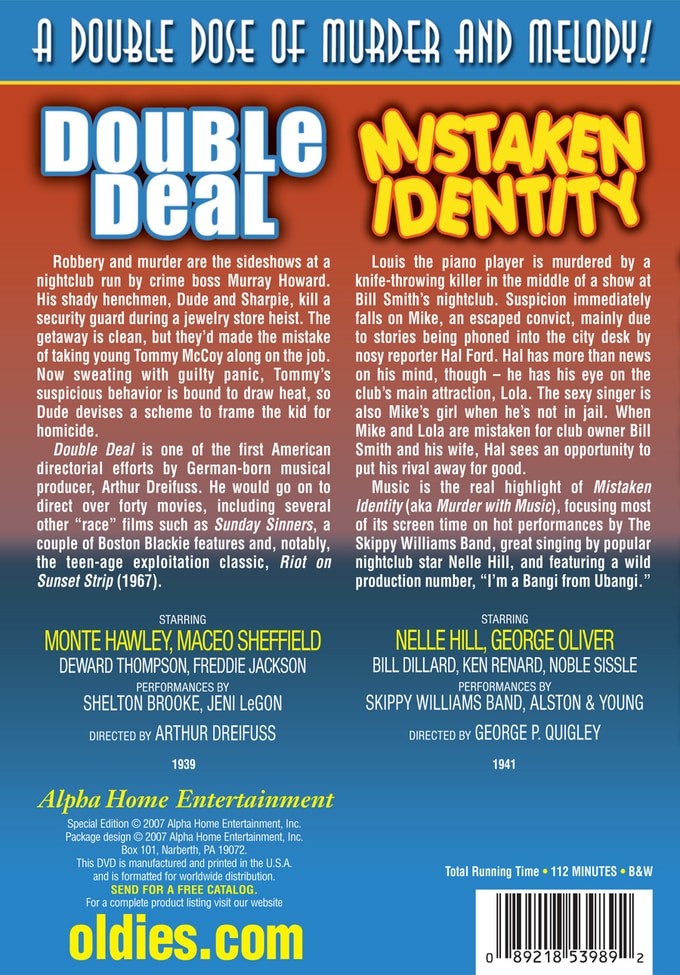 Double Deal (1939, B&W): Robbery and murder are the sideshows at a nightclub run by crime boss Murray Howard. His shady henchmen, Dude and Sharpie, kill a security guard during a jewelry store heist. The getaway is clean, but they'd made the mistake of taking young Tommy McCoy along on the job. Now sweating with guilty panic, Tommy's suspicious behavior is bound to draw heat, so Dude devises a scheme to frame the kid for homicide.

Double Deal is one of the first American directorial efforts by German-born musical producer, Arthur Dreifuss. He would go on to direct over forty movies, including several other "race" films such as Sunday Sinners, a couple of Boston Blackie features and, notably, the teen-age exploitation classic, Riot on Sunset Strip (1967). Starring Monte Hawley, Maceo Sheffield, Deward Thompson, Freddie Jackson; Performances by Shelton Brooke, Jeni LeGon; Directed by Arthur Dreifuss.

Mistaken Identity (1941, B&W): Louis the piano player is murdered by a knife-throwing killer in the middle of a show at Bill Smith's nightclub. Suspicion immediately falls on Mike, an escaped convict, mainly due to stories being phoned into the city desk by nosy reporter Hal Ford. Hal has more than news on his mind, though - he has his eye on the club's main attraction, Lola. The sexy singer is also Mike's girl when he's not in jail. When Mike and Lola are mistaken for club owner Bill Smith and his wife, Hal sees an opportunity to put his rival away for good.