Two shabby but resourceful men come into town with big business ideas / A young singer is blamed for the deaths of a crooked lawyer. 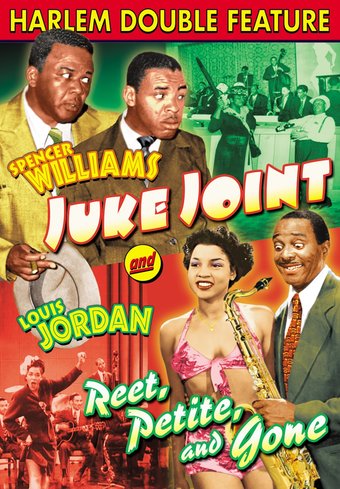 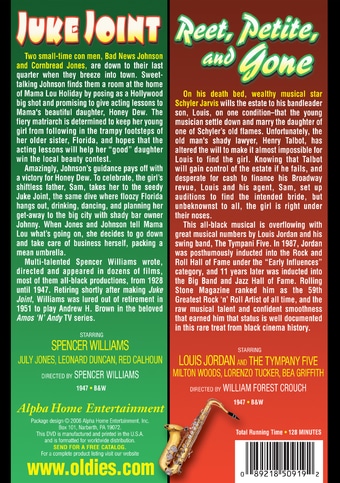 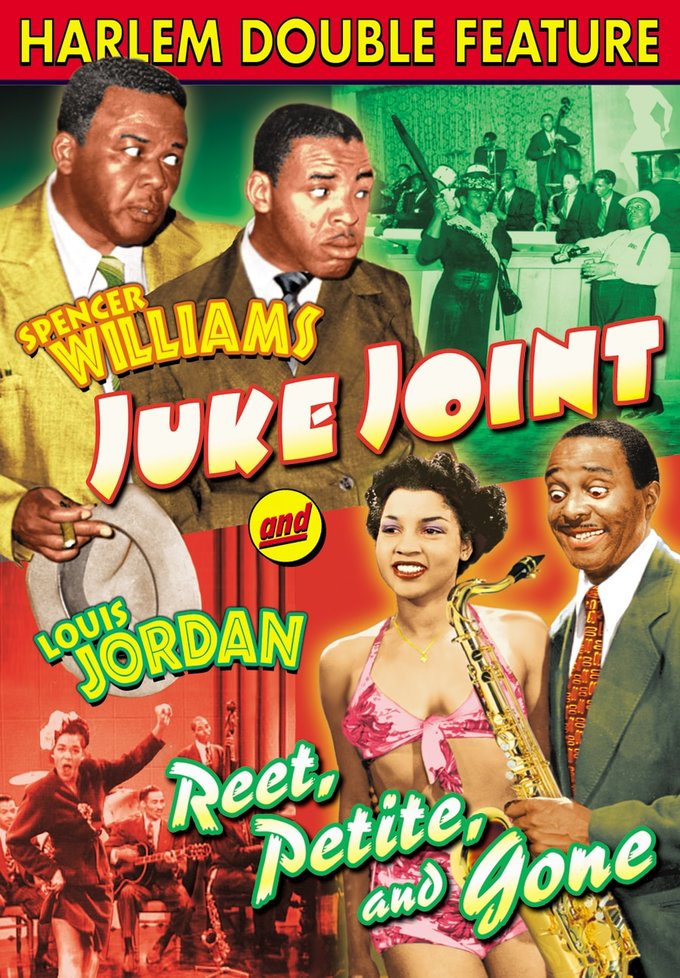 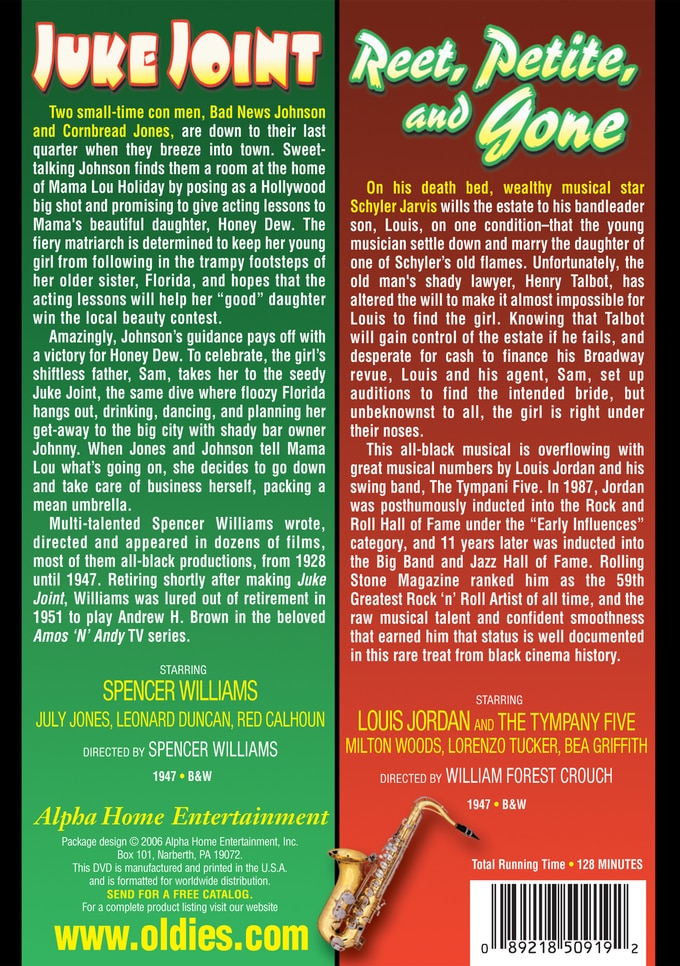 Juke Joint (1947, B&W): Two small-time con men, Bad News Johnson and Cornbread Jones, are down to their last quarter when they breeze into town. Sweet-talking Johnson finds them a room at the home of Mama Lou Holiday by posing as a Hollywood big shot and promising to give acting lessons to Mama's beautiful daughter, Honey Dew. The fiery matriarch is determined to keep her young girl from following in the trampy footsteps of her older sister, Florida, and hopes that the acting lessons will help her "good" daughter win the local beauty contest.

Amazingly, Johnson's guidance pays off with a victory for Honey Dew. To celebrate, the girl's shiftless father, Sam, takes her to the seedy Juke Joint, the same dive where floozy Florida hangs out, drinking, dancing, and planning her get-away to the big city with shady bar owner Johnny. When Jones and Johnson tell Mama Lou what's going on, she decides to go down and take care of business herself, packing a mean umbrella.

Reet, Petite, and Gone (1947, B&W): On his death bed, wealthy musical star Schyler Jarvis wills the estate to his bandleader son, Louis, on one condition-that the young musician settle down and marry the daughter of one of Schyler's old flames. Unfortunately, the old man's shady lawyer, Henry Talbot, has altered the will to make it almost impossible for Louis to find the girl. Knowing that Talbot will gain control of the estate if he fails, and desperate for cash to finance his Broadway revue, Louis and his agent, Sam, set up auditions to find the intended bride, but unbeknownst to all, the girl is right under their noses.

This all-black musical is overflowing with great musical numbers by Louis Jordan and his swing band, The Tympani Five. In 1987, Jordan was posthumously inducted into the Rock and Roll Hall of Fame under the "Early Influences" category, and 11 years later was inducted into the Big Band and Jazz Hall of Fame. Rolling Stone Magazine ranked him as the 59th Greatest Rock 'n' Roll Artist of all time, and the raw musical talent and confident smoothness that earned him that status is well documented in this rare treat from black cinema history. Starring Louis Jordan and the Tympany Five, Milton Woods, Lorenzo Tucker, Bea Griffith. Directed by William Forest Crouch.

Big Business | Singers
This product is made-on-demand by the manufacturer using DVD-R recordable media. Almost all DVD players can play DVD-Rs (except for some older models made before 2000) - please consult your owner's manual for formats compatible with your player. These DVD-Rs may not play on all computers or DVD player/recorders. To address this, the manufacturer recommends viewing this product on a DVD player that does not have recording capability.