A burlesque comedian encounters misery after he witnesses a gangland killing in this historical all-black cast classic / Great black performers strut their stuff in this musical comedy extravaganza. 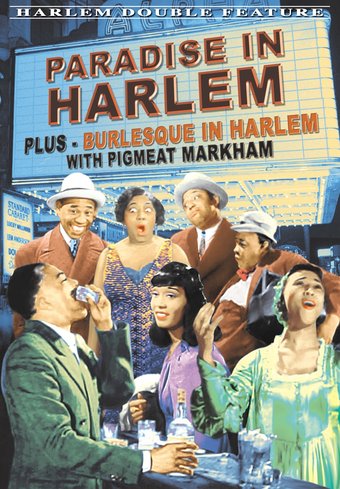 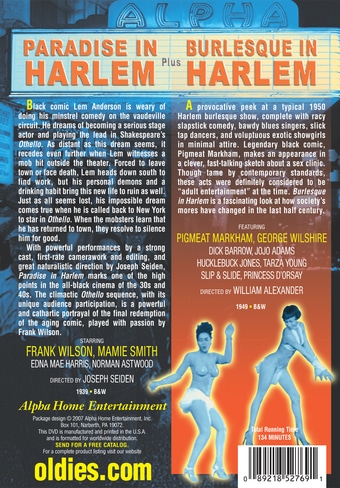 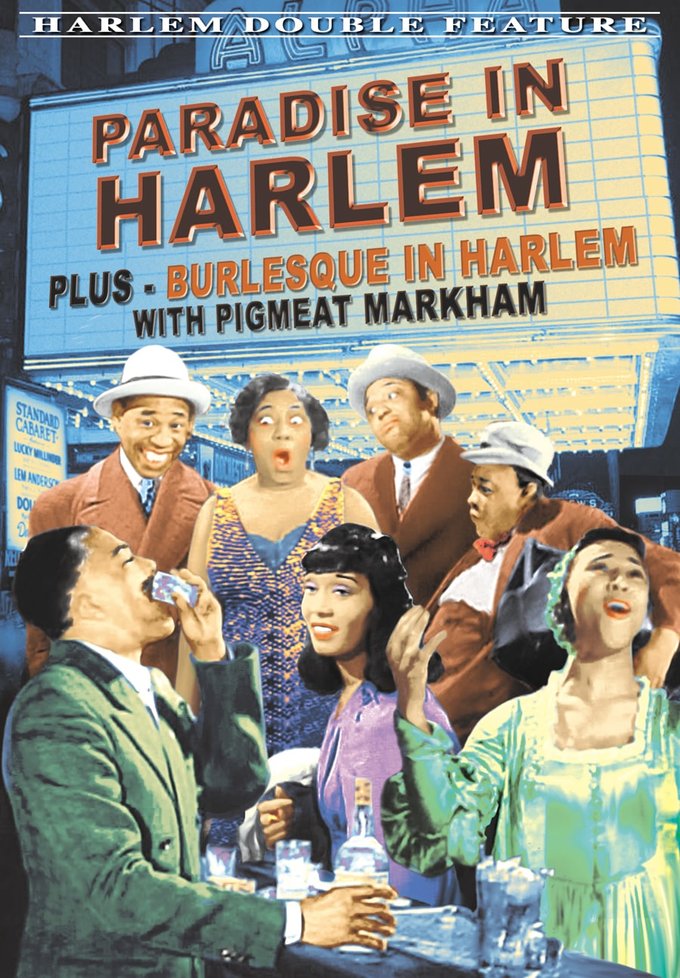 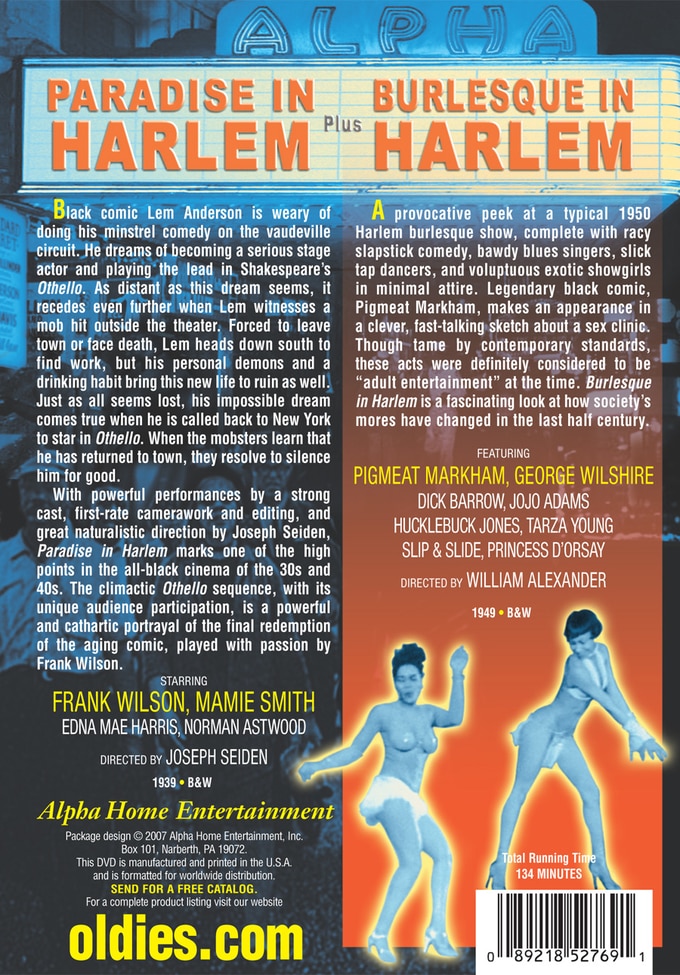 Paradise in Harlem (1939, B&W): Black comic Lem Anderson is weary of doing his minstrel comedy on the vaudeville circuit. He dreams of becoming a serious stage actor and playing the lead in Shakespeare's Othello. As distant as this dream seems, it recedes even further when Lem witnesses a mob hit outside the theater. Forced to leave town or face death, Lem heads down south to find work, but his personal demons and a drinking habit bring this new life to ruin as well. Just as all seems lost, his impossible dream comes true when he is called back to New York to star in Othello. When the mobsters learn that he has returned to town, they resolve to silence him for good.

With powerful performances by a strong cast, first-rate camerawork and editing, and great naturalistic direction by Joseph Seiden, Paradise in Harlem marks one of the high points in the all-black cinema of the 30s and 40s. The climactic Othello sequence, with its unique audience participation, is a powerful and cathartic portrayal of the final redemption of the aging comic, played with passion by Frank Wilson.

Burlesque in Harlem (1949, B&W): A provocative peek at a typical 1950 Harlem burlesque show, complete with racy slapstick comedy, bawdy blues singers, slick tap dancers, and voluptuous exotic showgirls in minimal attire. Legendary black comic, Pigmeat Markham, makes an appearance in a clever, fast-talking sketch about a sex clinic. Though tame by contemporary standards, these acts were definitely considered to be "adult entertainment" at the time. Burlesque in Harlem is a fascinating look at how society's mores have changed in the last half century.

Adventure | Vintage | Black Heritage | Slapstick Comedy | 1950s
This product is made-on-demand by the manufacturer using DVD-R recordable media. Almost all DVD players can play DVD-Rs (except for some older models made before 2000) - please consult your owner's manual for formats compatible with your player. These DVD-Rs may not play on all computers or DVD player/recorders. To address this, the manufacturer recommends viewing this product on a DVD player that does not have recording capability.