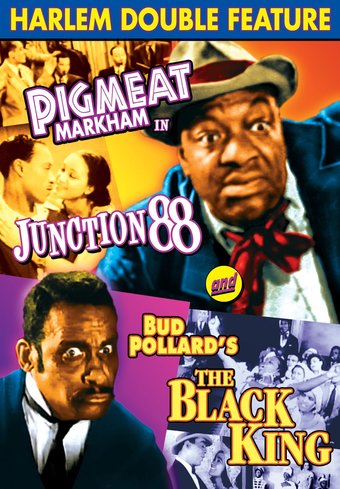 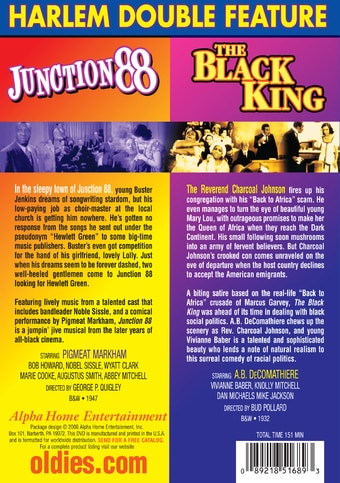 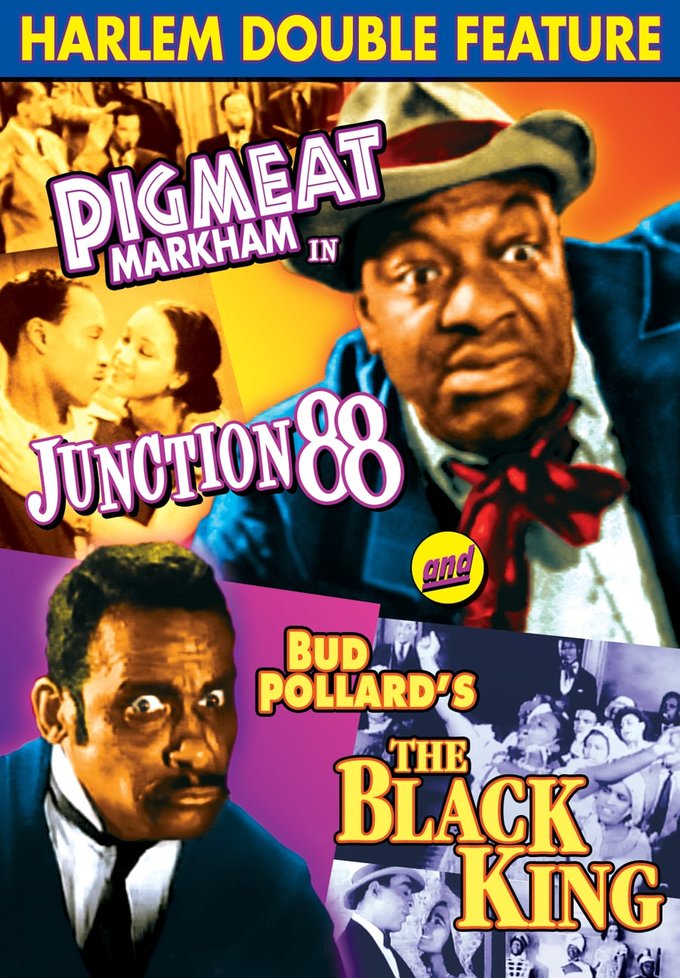 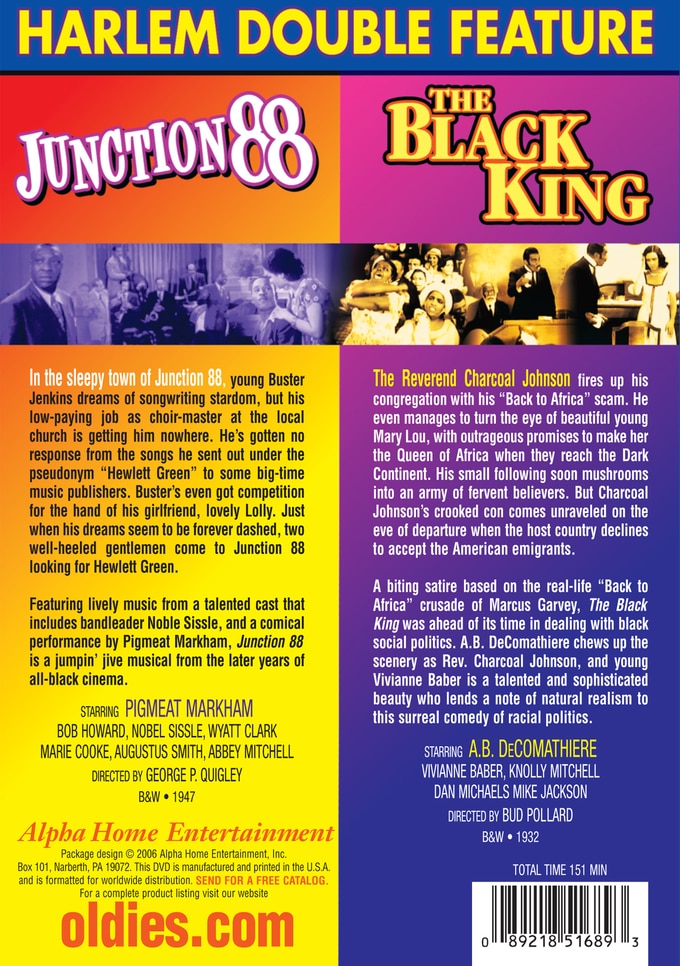 Junction 88 (1947, B&W): In the sleepy town of Junction 88, young Buster Jenkins dreams of songwriting stardom, but his low-paying job as choir-master at the local church is getting him nowhere. He's gotten no response from the songs he sent out under the pseudonym "Hewlett Green" to some big-time music publishers. Buster's even got competition for the hand of his girlfriend, lovely Lolly. Just when his dreams seem to be forever dashed, two well-heeled gentlemen come to Junction 88 looking for Hewlett Green.

Featuring lively music from a talented cast that includes bandleader Noble Sissle, and a comical performance by Pigmeat Markham, Junction 88 is a jumpin' jive musical from the later years of all-black cinema.

The Black King (1932, B&W): The Reverend Charcoal Johnson fires up his congregation with his "Back to Africa" scam. He even manages to turn the eye of beautiful young Mary Lou, with outrageous promises to make her the Queen of Africa when they reach the Dark Continent. His small following soon mushrooms into an army of fervent believers. But Charcoal Johnson's crooked con comes unraveled on the eve of departure when the host country declines to accept the American emigrants.

A biting satire based on the real-life "Back to Africa" crusade of Marcus Garvey, The Black King was ahead of its time in dealing with black social politics. A.B. DeComathiere chews up the scenery as Rev. Charcoal Johnson, and young Vivianne Baber is a talented and sophisticated beauty who lends a note of natural realism to this surreal comedy of racial politics.

24%off
Open The Door, Richard: The Story Of A Showbiz Phenomenon
$12.98 on Sale
Add to Cart