All-star black cast is featured in this historic musical comedy. 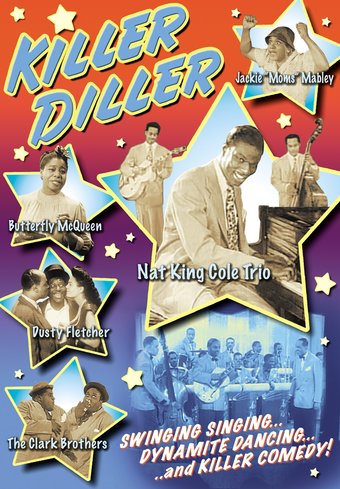 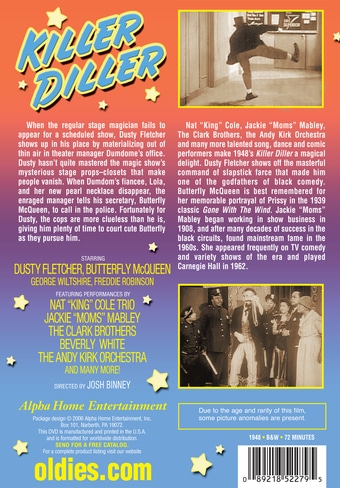 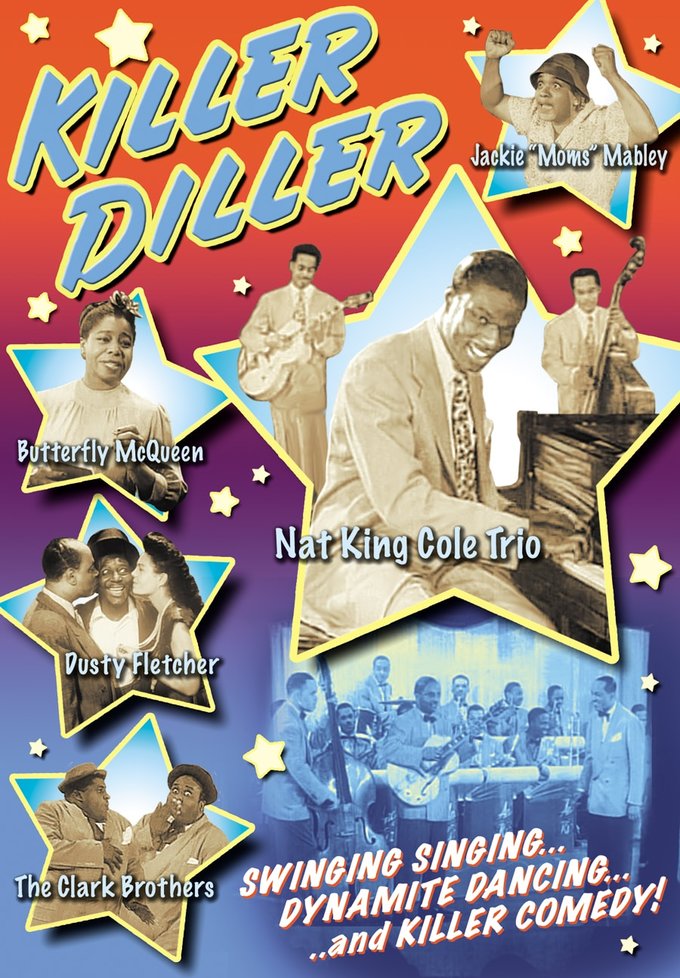 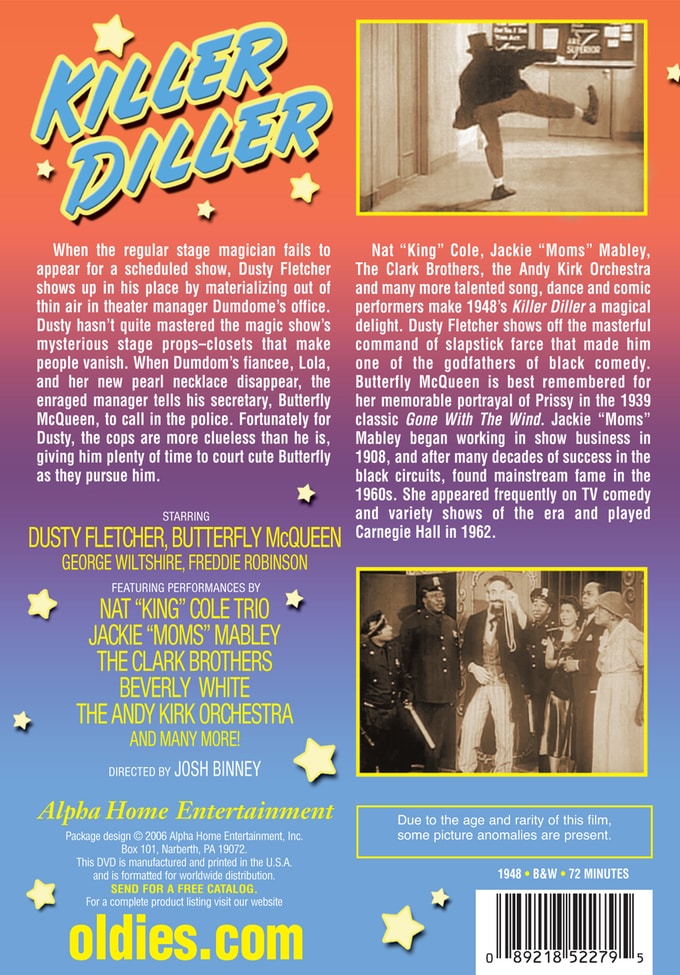 When the regular stage magician fails to appear for a scheduled show, Dusty Fletcher shows up in his place by materializing out of thin air in theater manager Dumdome's office. Dusty hasn't quite mastered the magic show's mysterious stage props-closets that make people vanish. When Dumdom's fiancee, Lola, and her new pearl necklace disappear, the enraged manager tells his secretary, Butterfly McQueen, to call in the police. Fortunately for Dusty, the cops are more clueless than he is, giving him plenty of time to court cute Butterfly as they pursue him.

Nat "King" Cole, Jackie "Moms" Mabley, The Clark Brothers, the Andy Kirk Orchestra and many more talented song, dance and comic performers make 1948's Killer Diller a magical delight. Dusty Fletcher shows off the masterful command of slapstick farce that made him one of the godfathers of black comedy. Butterfly McQueen is best remembered for her memorable portrayal of Prissy in the 1939 classic Gone With The Wind. Jackie "Moms" Mabley began working in show business in 1908, and after many decades of success in the black circuits, found mainstream fame in the 1960s. She appeared frequently on TV comedy and variety shows of the era and played Carnegie Hall in 1962.

Dance | Vintage | Black Heritage | Theatrical Release
This product is made-on-demand by the manufacturer using DVD-R recordable media. Almost all DVD players can play DVD-Rs (except for some older models made before 2000) - please consult your owner's manual for formats compatible with your player. These DVD-Rs may not play on all computers or DVD player/recorders. To address this, the manufacturer recommends viewing this product on a DVD player that does not have recording capability.