Young western hero rides the range with his kid sister Calamity is four (more) episodes of the vintage TV series. 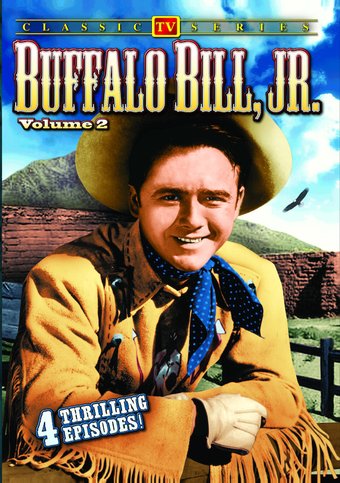 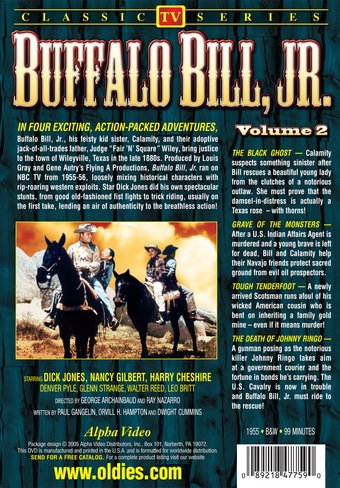 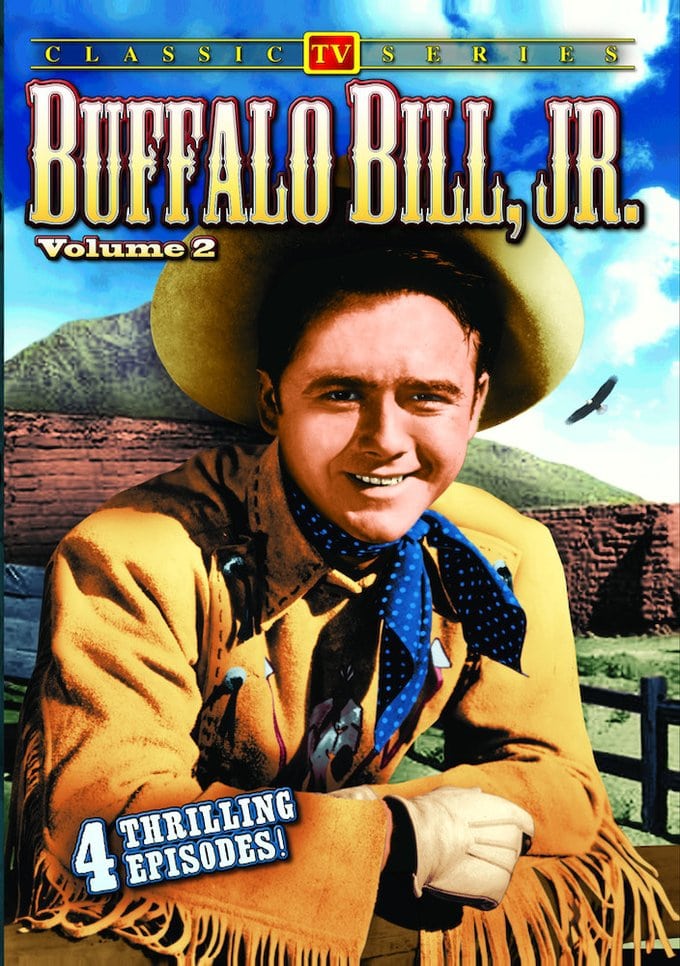 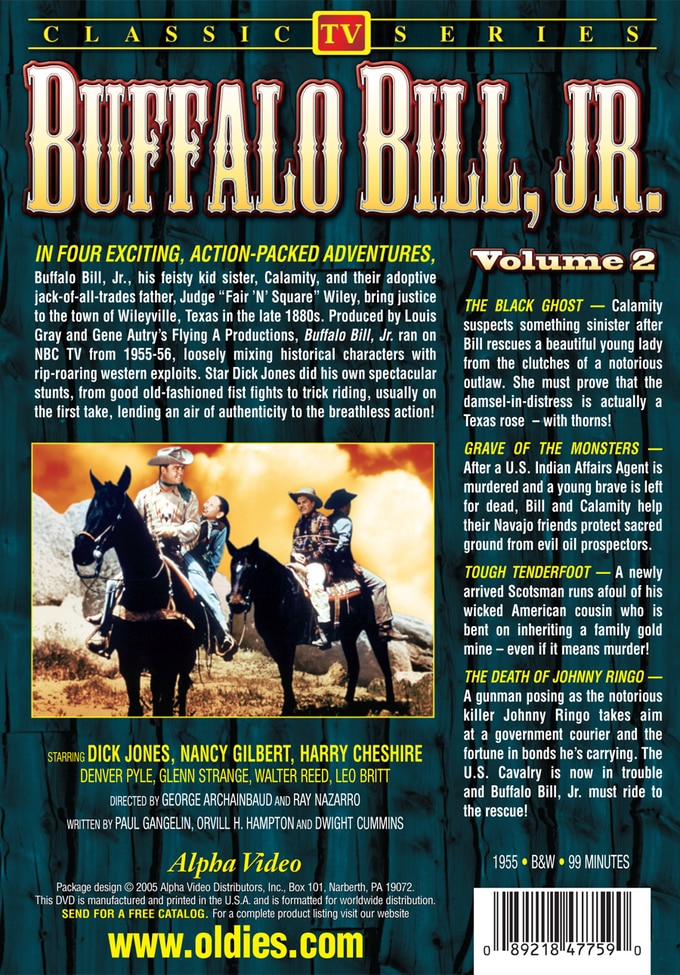 The Black Ghost: Calamity suspects something sinister after Bill rescues a beautiful young lady from the clutches of a notorious outlaw. She must prove that the damsel-in-distress is actually a Texas rose - with thorns!

Grave Of The Monsters: After a U.S. Indian Affairs Agent is murdered and a young brave is left for dead, Bill and Calamity help their Navajo friends protect sacred ground from evil oil prospectors.

Tough Tenderfoot: A newly arrived Scotsman runs afoul of his wicked American cousin who is bent on inheriting a family gold mine - even if it means murder!

The Death Of Johnny Ringo: A gunman posing as the notorious killer Johnny Ringo takes aim at a government courier and the fortune in bonds he's carrying. The U.S. Cavalry is now in trouble and Buffalo Bill, Jr. must ride to the rescue!

The tales of Buffalo Bill, Jr., have provided hours of screen time for fans of the western, and this collection provides four more adventures from the intrepid young soul. Originally broadcast on NBC in the mid-1950s, these shows have enchanted many subsequent generations of viewers with their thrilling depictions of characters from American history. In this second volume of adventures, Dick Jones, starring as Bill, brings a number of villainous characters to justice, while also making sure that the Old West is a safe place to live for all its beleaguered citizens.

Series | Vintage TV
This product is made-on-demand by the manufacturer using DVD-R recordable media. Almost all DVD players can play DVD-Rs (except for some older models made before 2000) - please consult your owner's manual for formats compatible with your player. These DVD-Rs may not play on all computers or DVD player/recorders. To address this, the manufacturer recommends viewing this product on a DVD player that does not have recording capability.