Young western hero rides the range with his kid sister Calamity is four episodes of the vintage TV series. 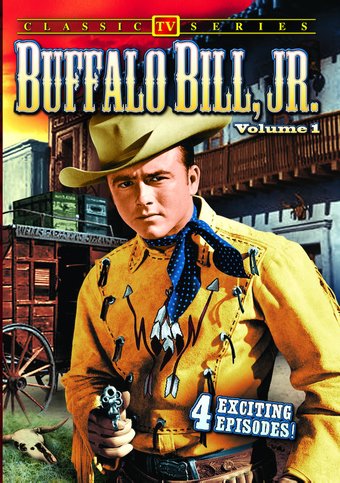 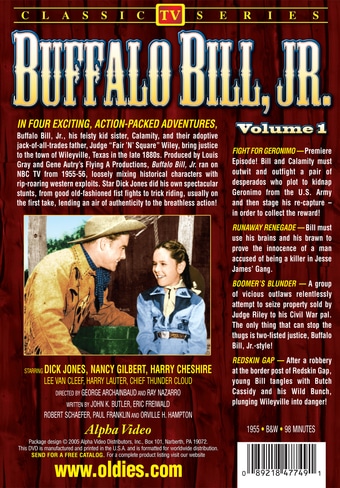 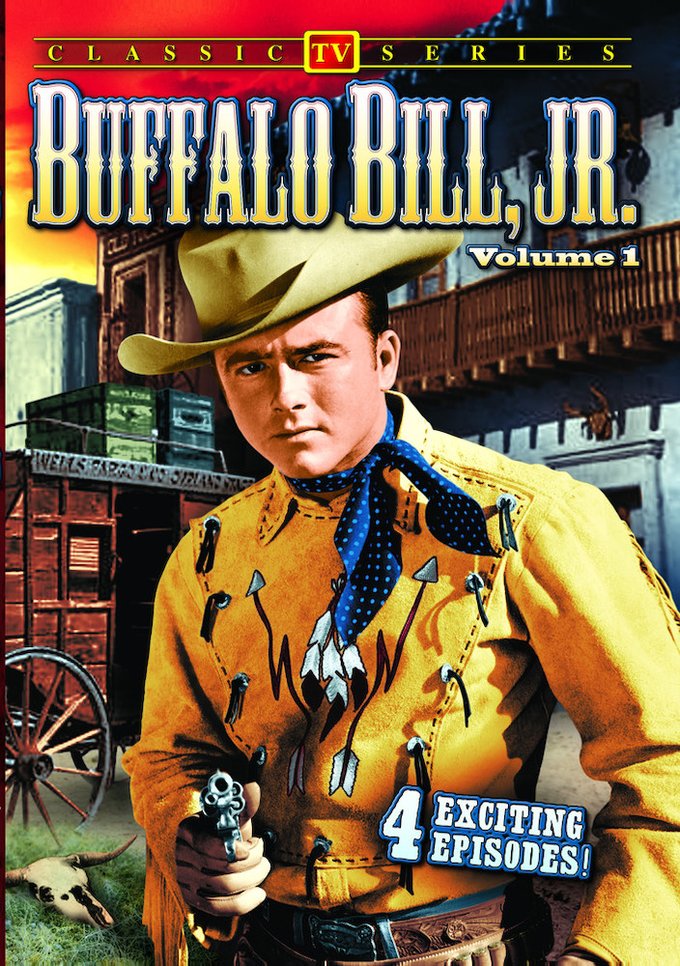 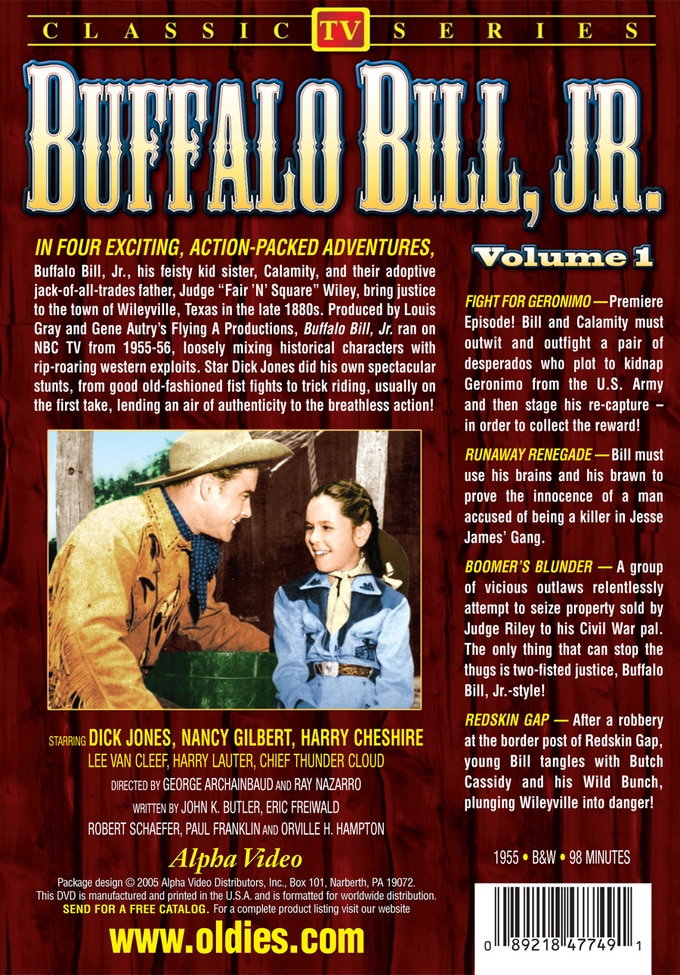 Fight For Geronimo: Premiere Episode! Bill and Calamity must outwit and outfight a pair of desperados who plot to kidnap Geronimo from the U.S. Army and then stage his re-capture - in order to collect the reward!

Runaway Renegade: Bill must use his brains and his brawn to prove the innocence of a man accused of being a killer in Jesse James' Gang.

Boomer's Blunder: A group of vicious outlaws relentlessly attempt to seize property sold by Judge Riley to his Civil War pal. The only thing that can stop the thugs is two-fisted justice, Buffalo Bill, Jr.-style!

Redskin Gap: After a robbery at the border post of Redskin Gap, young Bill tangles with Butch Cassidy and his Wild Bunch, plunging Wileyville into danger!

A unique Western themed TV Show, as the title suggests, BUFFALO BILL JR. follows the exploits of a pre-teen cowboy as he brings various criminals to justice. Joined by his sister, Calamity, for most of his exploits, young Bill (Dick Jones) has four episodes from the show collected here.