Enemy agents are after a new fighter plane invented by a famous aviator in this action-packed Universal serial. 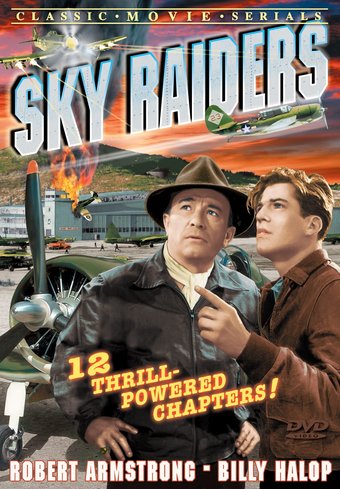 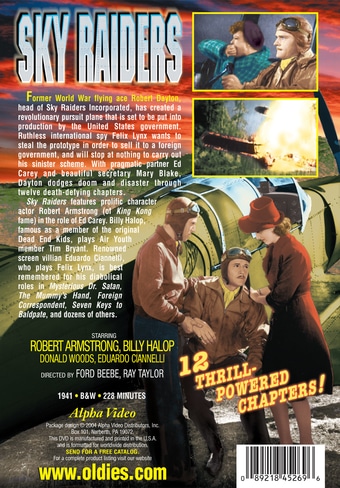 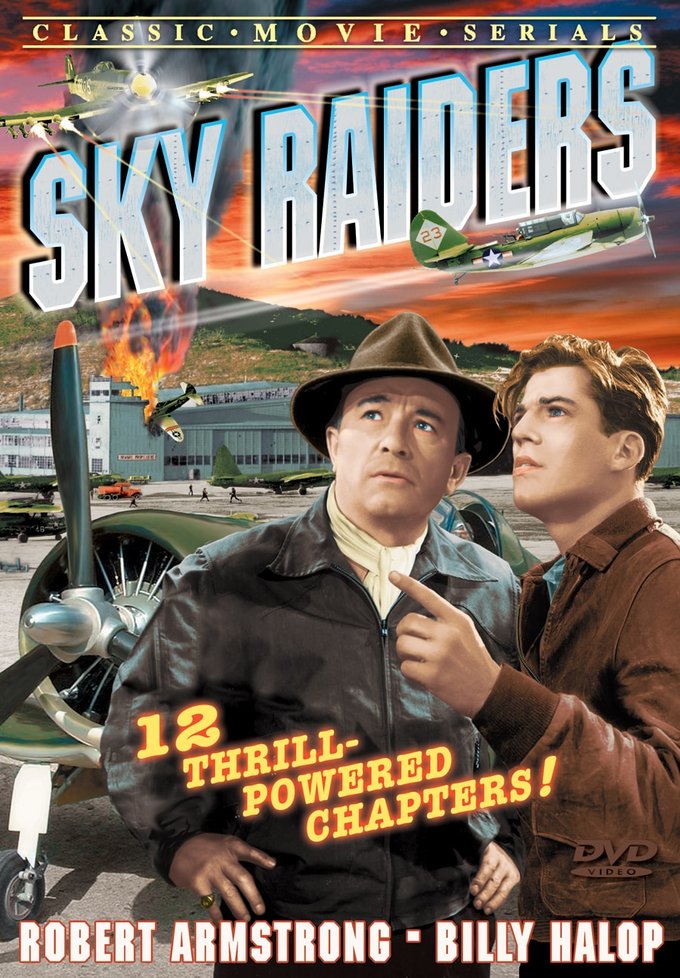 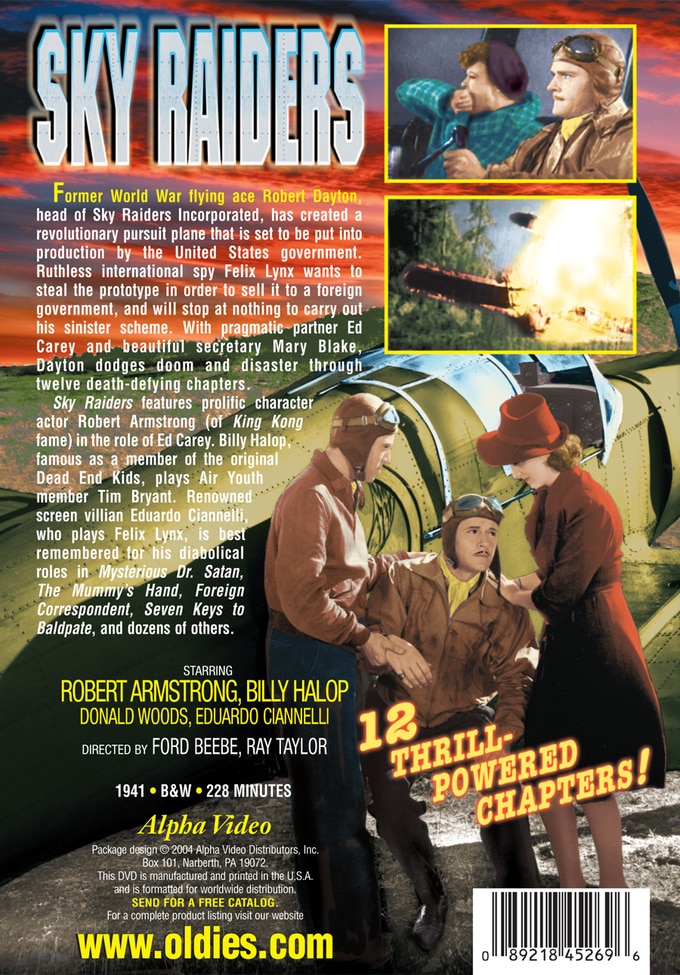 Former World War flying ace Robert Dayton, head of Sky Raiders Incorporated, has created a revolutionary pursuit plane that is set to be put into production by the United States government. Ruthless international spy Felix Lynx wants to steal the prototype in order to sell it to a foreign government, and will stop at nothing to carry out his sinister scheme. With pragmatic partner Ed Carey and beautiful secretary Mary Blake, Dayton dodges doom and disaster through twelve death-defying chapters.

Former World War I fighter pilot develops a new prototype fighter plane that can be used in World War II, only to find foreign enemy agents want to get their hands on it.

Spies | Vintage | World War II | Serial | Fighter Pilots
This product is made-on-demand by the manufacturer using DVD-R recordable media. Almost all DVD players can play DVD-Rs (except for some older models made before 2000) - please consult your owner's manual for formats compatible with your player. These DVD-Rs may not play on all computers or DVD player/recorders. To address this, the manufacturer recommends viewing this product on a DVD player that does not have recording capability.