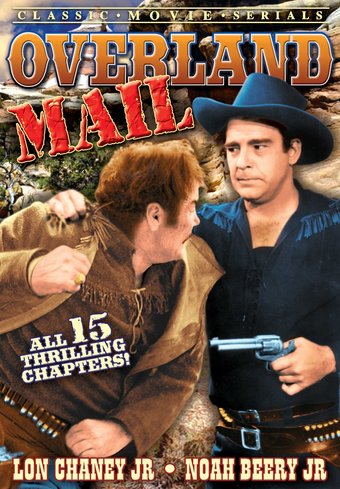 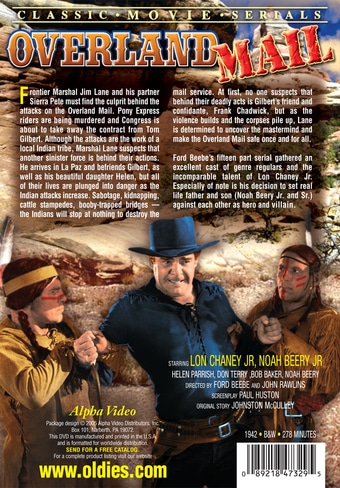 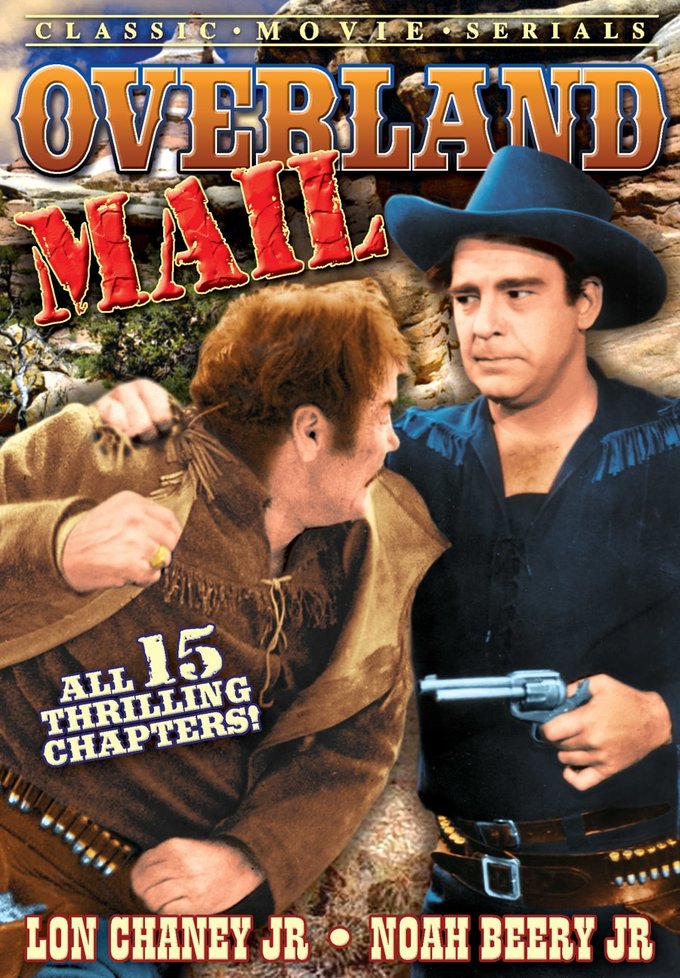 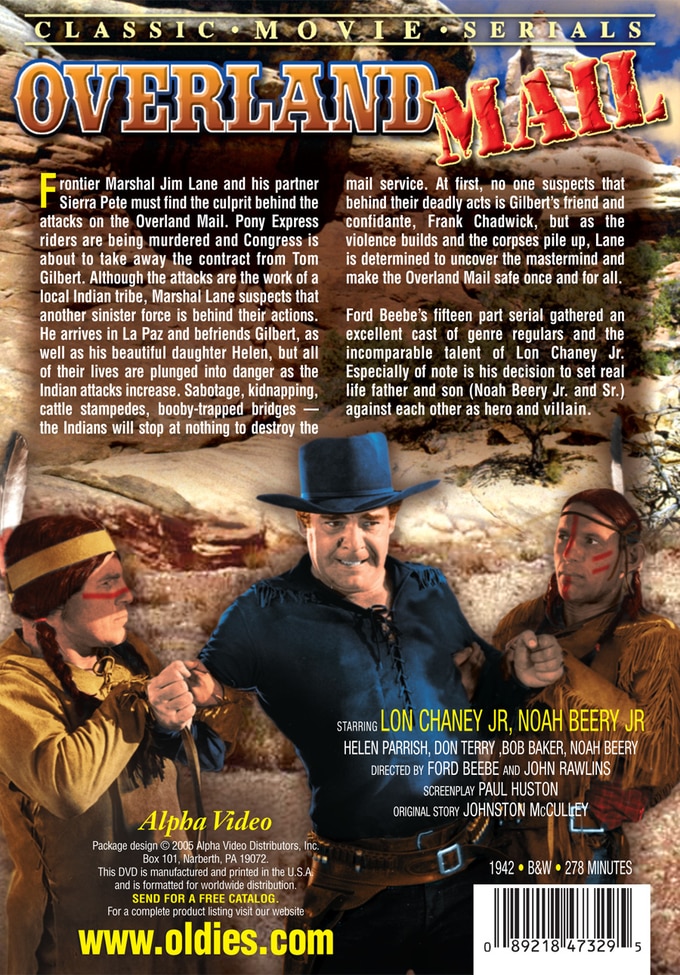 Frontier Marshal Jim Lane and his partner Sierra Pete must find the culprit behind the attacks on the Overland Mail. Pony Express riders are being murdered and Congress is about to take away the contract from Tom Gilbert. Although the attacks are the work of a local Indian tribe, Marshal Lane suspects that another sinister force is behind their actions. He arrives in La Paz and befriends Gilbert, as well as his beautiful daughter Helen, but all of their lives are plunged into danger as the Indian attacks increase. Sabotage, kidnapping, cattle stampedes, booby-trapped bridges - the Indians will stop at nothing to destroy the mail service. At first, no one suspects that behind their deadly acts is Gilbert's friend and confidante, Frank Chadwick, but as the violence builds and the corpses pile up, Lane is determined to uncover the mastermind and make the Overland Mail safe once and for all.

Ford Beebe's fifteen part serial gathered an excellent cast of genre regulars and the incomparable talent of Lon Chaney Jr. Especially of note is his decision to set real life father and son (Noah Beery Jr. and Sr.) against each other as hero and villain.

An evil promoter tries his best to foil an honest businessman's plans to create and build a new mail route across the western frontier. The honest man summons the help of traveling cowboy (Lon Chaney, Jr.) and his partner to thwart the promoters criminal strategies, but not without fast, action-packed shoot-outs with renegade Indians.

Action | Adventure | Vintage | Serial | Cowboys | Outlaws
This product is made-on-demand by the manufacturer using DVD-R recordable media. Almost all DVD players can play DVD-Rs (except for some older models made before 2000) - please consult your owner's manual for formats compatible with your player. These DVD-Rs may not play on all computers or DVD player/recorders. To address this, the manufacturer recommends viewing this product on a DVD player that does not have recording capability.