Adventures of the Flying Cadets

In this action-packed cliffhanger, four young air cadets are accused of murders actually committed by "The Black Hangman," a Nazi agent. 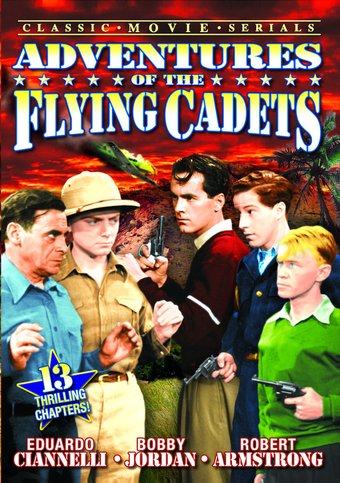 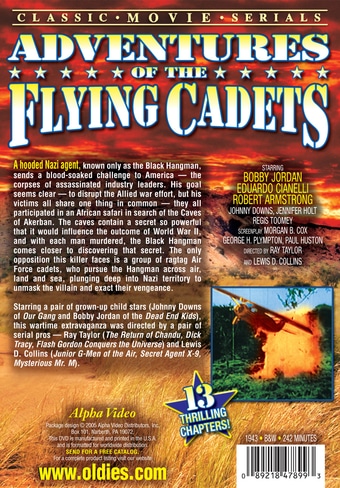 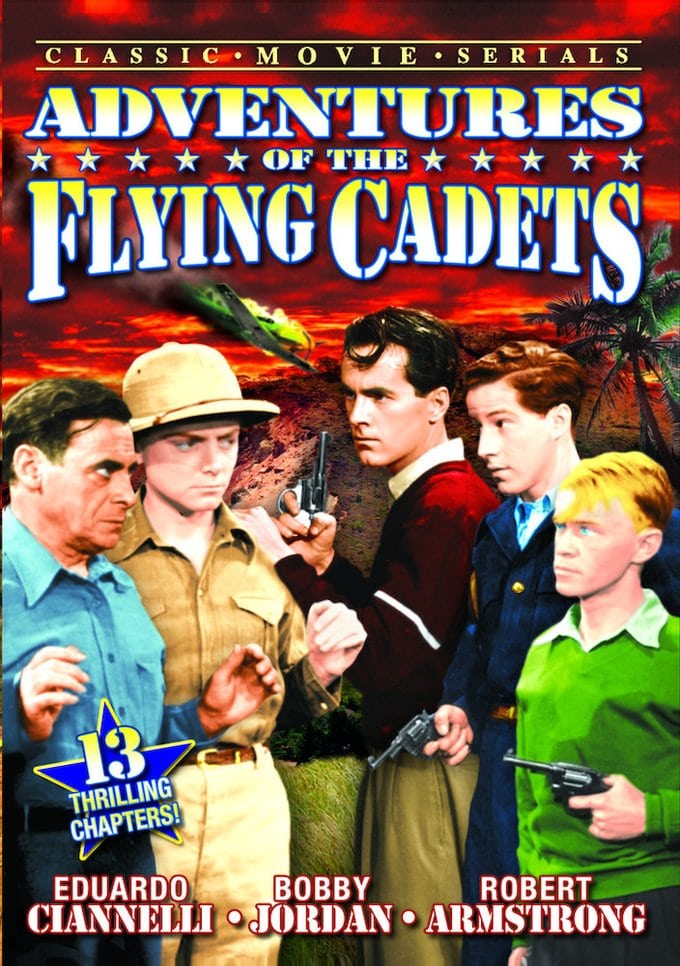 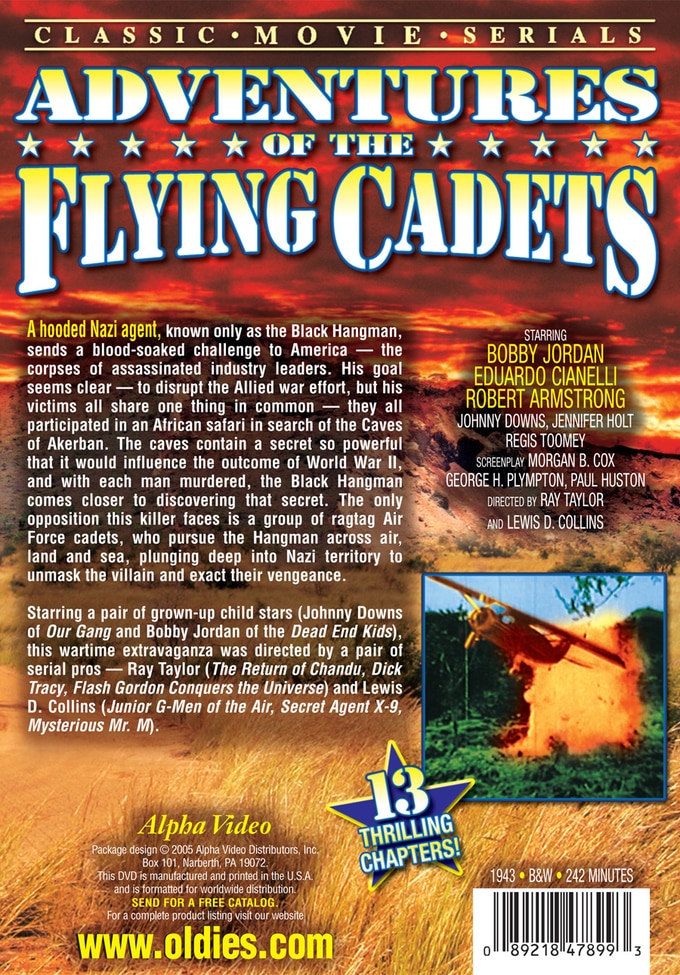 A hooded Nazi agent, known only as the Black Hangman, sends a blood-soaked challenge to America - the corpses of assassinated industry leaders. His goal seems clear - to disrupt the Allied war effort, but his victims all share one thing in common - they all participated in an African safari in search of the Caves of Akerban. The caves contain a secret so powerful that it would influence the outcome of World War II, and with each man murdered, the Black Hangman comes closer to discovering that secret. The only opposition this killer faces is a group of ragtag Air Force cadets, who pursue the Hangman across air, land and sea, plunging deep into Nazi territory to unmask the villain and exact their vengeance.

Starring a pair of grown-up child stars (Johnny Downs of Our Gang and Bobby Jordan of the Dead End Kids), this wartime extravaganza was directed by a pair of serial pros - Ray Taylor (The Return of Chandu, Dick Tracy, Flash Gordon Conquers the Universe) and Lewis D. Collins (Junior G-Men of the Air, Secret Agent X-9, Mysterious Mr. M).

A group of flying students are wrongly accused of a series of murders committed by a criminal known as the Black Hangman. Though the Hangman claims to be Nazi, he is actually an engineer who is planning to to sell helium, from secret deposits in Africa, to German via the Gestapo. The students set out to clear their names. 13 Chapters.

Adventure | High Flying | World War II | Serial | Heroes | Nazis
This product is made-on-demand by the manufacturer using DVD-R recordable media. Almost all DVD players can play DVD-Rs (except for some older models made before 2000) - please consult your owner's manual for formats compatible with your player. These DVD-Rs may not play on all computers or DVD player/recorders. To address this, the manufacturer recommends viewing this product on a DVD player that does not have recording capability.