The Perils of Pauline

Pauline follows her famous inventor father on a perilous journey to China in search of the formula for a deadly nerve gas. 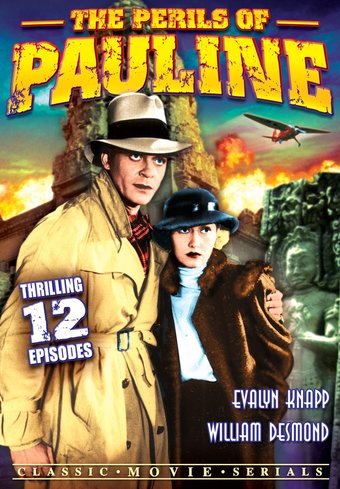 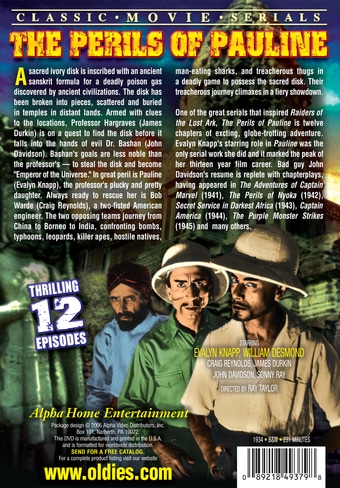 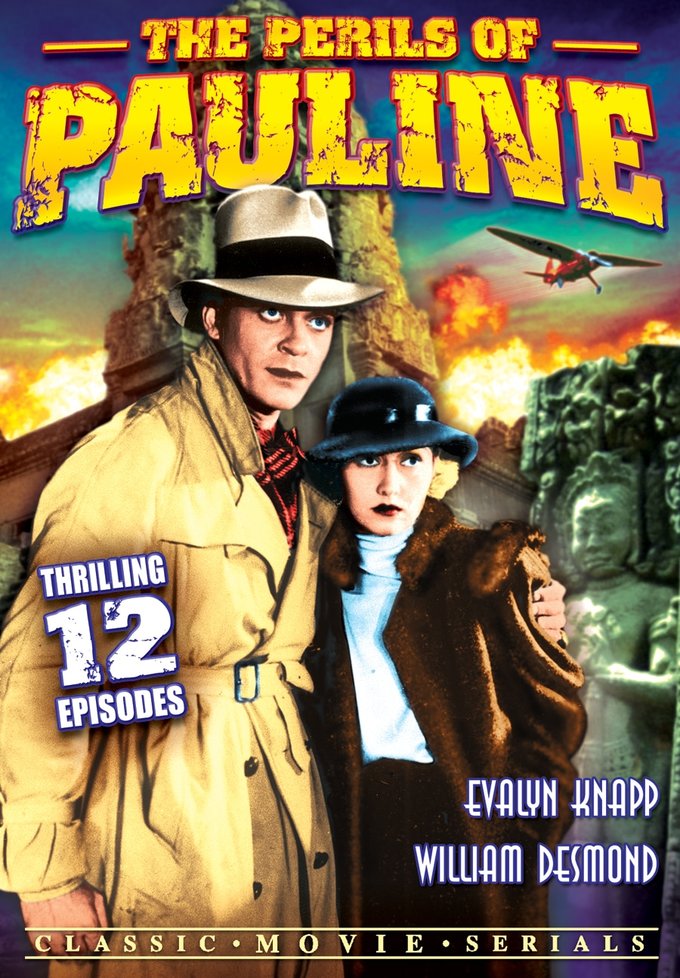 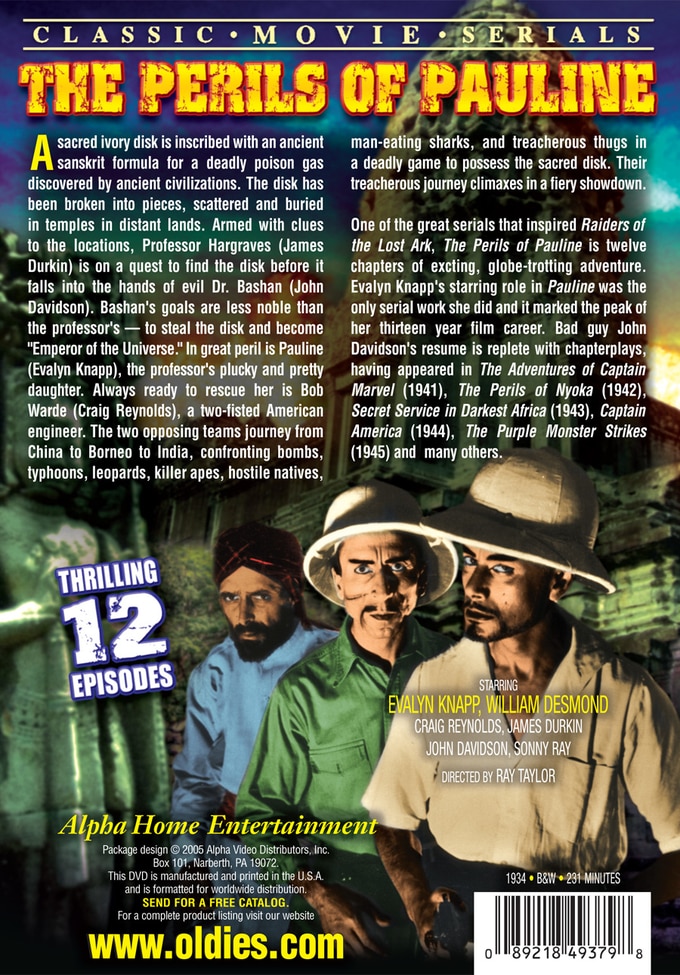 A sacred ivory disk is inscribed with an ancient sanskrit formula for a deadly poison gas discovered by ancient civilizations. The disk has been broken into pieces, scattered and buried in temples in distant lands. Armed with clues to the locations, Professor Hargraves (James Durkin) is on a quest to find the disk before it falls into the hands of evil Dr. Bashan (John Davidson). Bashan's goals are less noble than the professor's - to steal the disk and become "Emperor of the Universe." In great peril is Pauline (Evalyn Knapp), the professor's plucky and pretty daughter. Always ready to rescue her is Bob Warde (Craig Reynolds), a two-fisted American engineer. The two opposing teams journey from China to Borneo to India, confronting bombs, typhoons, leopards, killer apes, hostile natives, man-eating sharks, and treacherous thugs in a deadly game to possess the sacred disk. Their treacherous journey climaxes in a fiery showdown.

One of the great serials that inspired Raiders of the Lost Ark, The Perils of Pauline is twelve chapters of exciting, globe-trotting adventure. Evalyn Knapp's starring role in Pauline was the only serial work she did and it marked the peak of her thirteen year film career. Bad guy John Davidson's resume is replete with chapter plays, having appeared in The Adventures of Captain Marvel (1941), The Perils of Nyoka (1942), Secret Service in Darkest Africa (1943), Captain America (1944), The Purple Monster Strikes (1945) and many others.

An old-time movie serial with cliffhanger after cliffhanger. This 2-tape feature is in 12 episodes.

Action | Adventure | Vintage | Serial
This product is made-on-demand by the manufacturer using DVD-R recordable media. Almost all DVD players can play DVD-Rs (except for some older models made before 2000) - please consult your owner's manual for formats compatible with your player. These DVD-Rs may not play on all computers or DVD player/recorders. To address this, the manufacturer recommends viewing this product on a DVD player that does not have recording capability.