A fiendish mad scientist plans to conquer the world from his lair deep in an uncharted jungle. 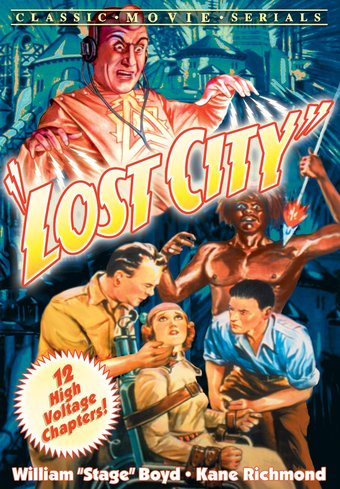 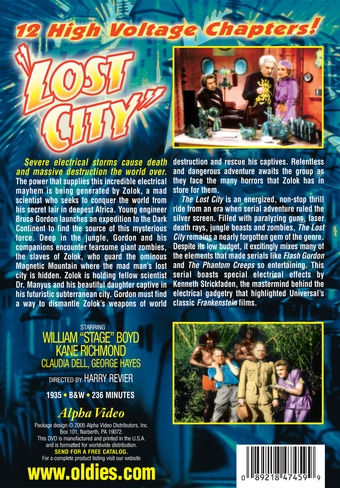 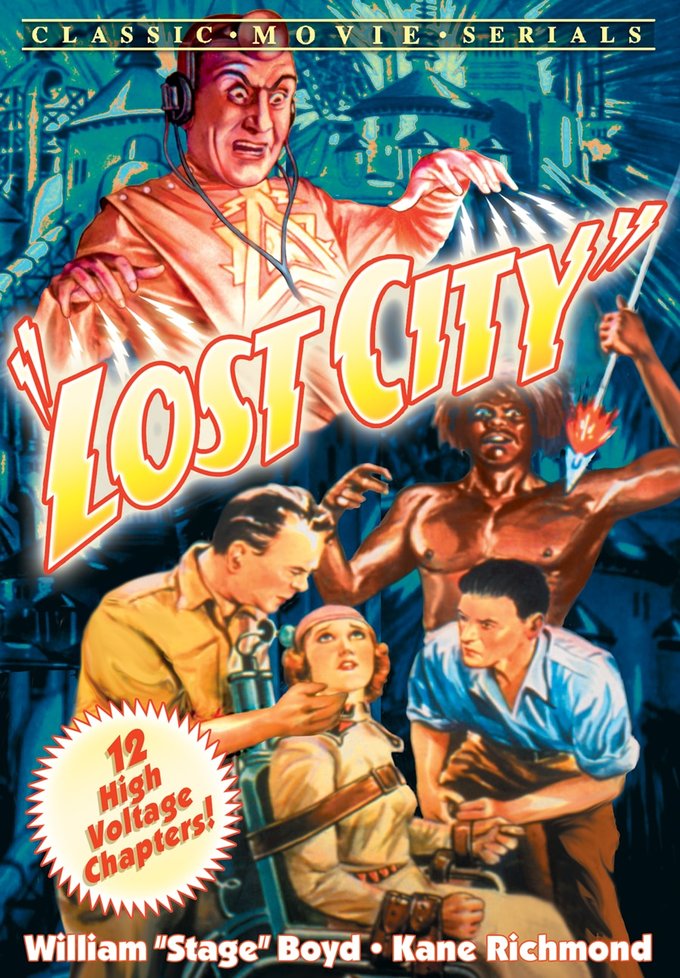 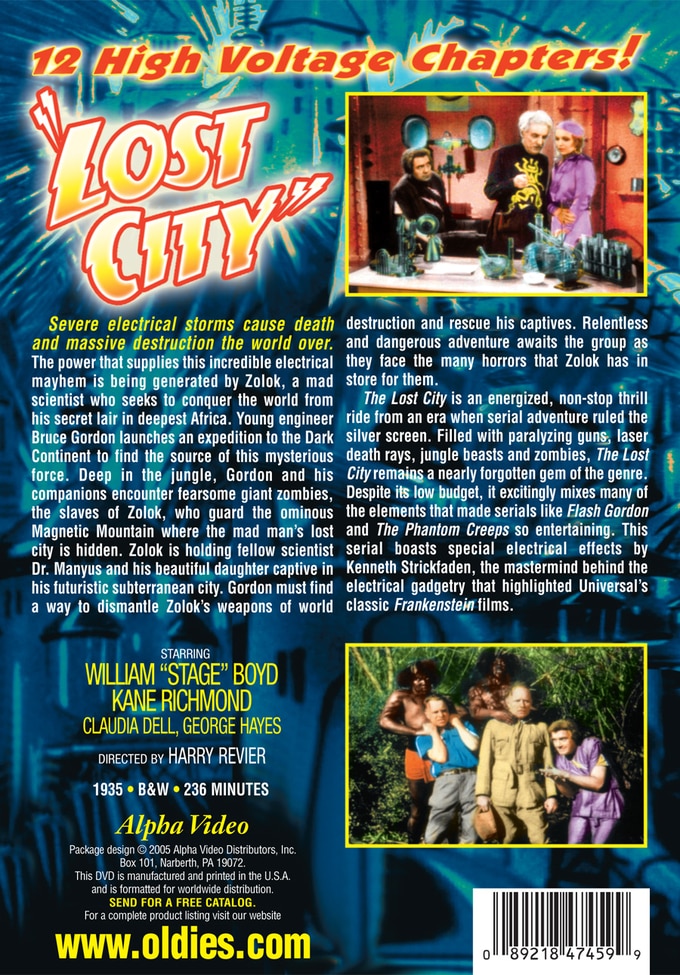 Severe electrical storms cause death and massive destruction the world over. The power that supplies this incredible electrical mayhem is being generated by Zolok, a mad scientist who seeks to conquer the world from his secret lair in deepest Africa. Young engineer Bruce Gordon launches an expedition to the Dark Continent to find the source of this mysterious force. Deep in the jungle, Gordon and his companions encounter fearsome giant zombies, the slaves of Zolok, who guard the ominous Magnetic Mountain where the mad man's lost city is hidden. Zolok is holding fellow scientist Dr. Manyus and his beautiful daughter captive in his futuristic subterranean city. Gordon must find a way to dismantle Zolok's weapons of world destruction and rescue his captives. Relentless and dangerous adventure awaits the group as they face the many horrors that Zolok has in store for them.

The Lost City is an energized, non-stop thrill ride from an era when serial adventure ruled the silver screen. Filled with paralyzing guns, laser death rays, jungle beasts and zombies, The Lost City remains a nearly forgotten gem of the genre. Despite its low budget, it excitingly mixes many of the elements that made serials like Flash Gordon and The Phantom Creeps so entertaining. This serial boasts special electrical effects by Kenneth Strickfaden, the mastermind behind the electrical gadgetry that highlighted Universal's classic Frankenstein films.

An epic serial in which adventurers come across a madman conducting electrical experiments in the jungle. Features twelve chapters of this serial "cliffhanger" classic.

Customer Rating:
Based on 26370 ratings.


Although it's meant to be an adventure flick, I found Lost City to be hillarious. The corny dialog, story and acting make this flick worth watching despite its flaws.
LMFAO!!!