A Polynesian U.S. intelligence agent is sent to a volcanic Pacific island to thwart saboteurs in fourteen chapters of action and adventure. 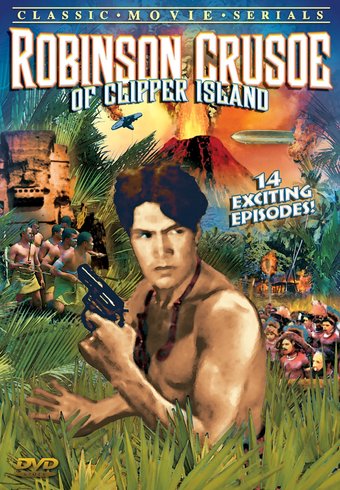 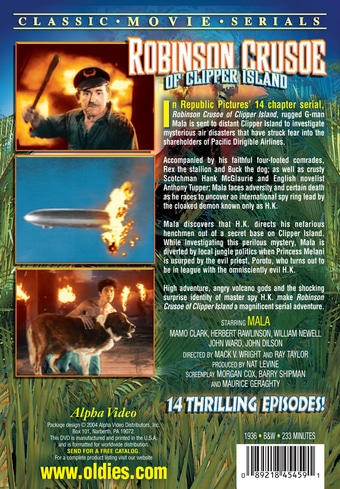 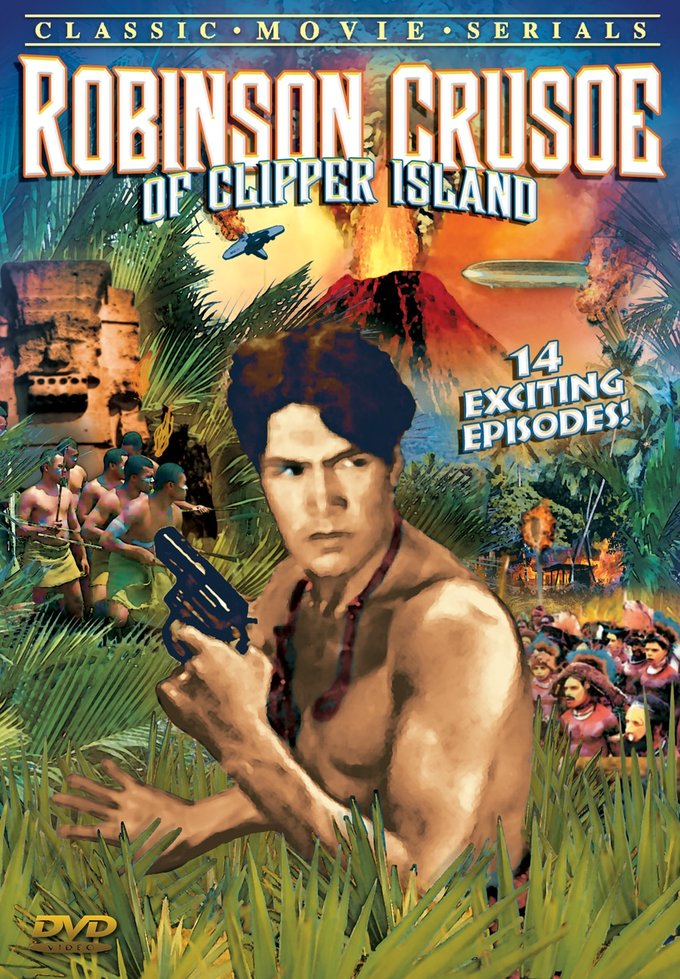 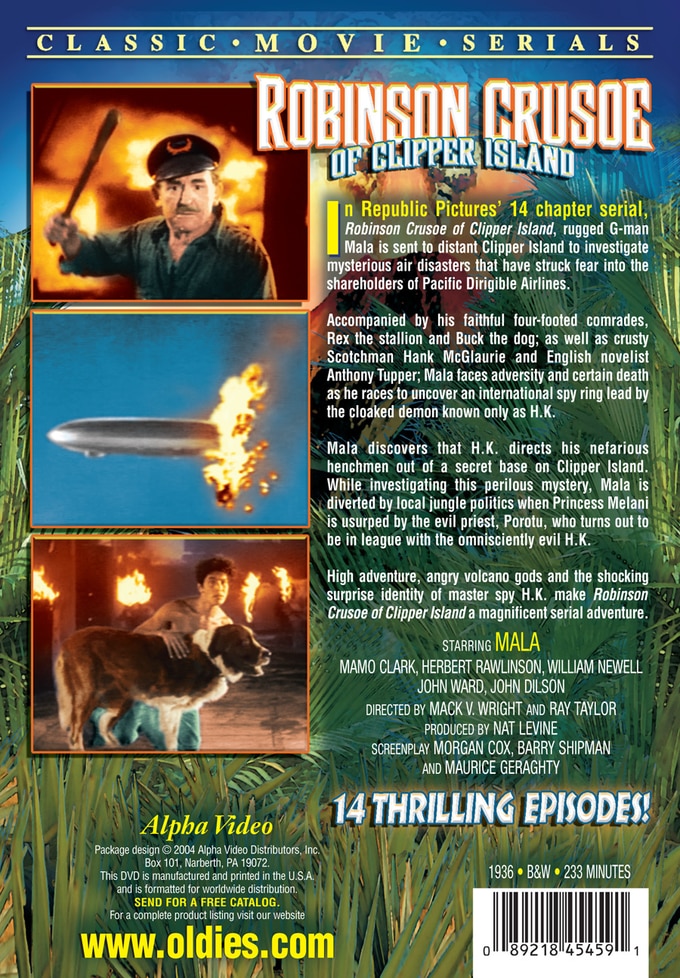 In Republic Pictures' 14 chapter serial, Robinson Crusoe of Clipper Island, rugged G-man Mala is sent to distant Clipper Island to investigate mysterious air disasters that have struck fear into the shareholders of Pacific Dirigible Airlines. Accompanied by his faithful four-footed comrades, Rex the stallion and Buck the dog; as well as crusty Scotchman Hank McGlaurie and English novelist Anthony Tupper; Mala faces adversity and certain death as he races to uncover an international spy ring lead by the cloaked demon known only as H.K. Mala discovers that H.K. directs his nefarious henchmen out of a secret base on Clipper Island. While investigating this perilous mystery, Mala is diverted by local jungle politics when Princess Melani is usurped by the evil priest, Porotu, who turns out to be in league with the omnisciently evil H.K. High adventure, angry volcano gods and the shocking surprise identity of master spy H.K. make Robinson Crusoe of Clipper Island a magnificent serial adventure.

Investigator Ray Mala journeys to Clipper Island to determine whether destruction of an airline's island base was caused by a passenger, just arrived, or the local high priest who is inciting the natives to riot. Contains 14 chapters.

When an American blimp mysteriously crashes in the Pacific, the FBI suspects sabotage and dispatches a Polynesian agent, named Mala, to investigate. Life on Clipper Island proves to be rife with danger and intrigue for young Mala, as he has to face down the unfriendly natives in addition to dodging the operatives of a world-wide spy ring. Don't miss this adventure-packed serial from Republic Pictures!