Scotland Yard pursues the hooded maniac "The Scorpion" who is after a revolutionary death ray created by a young scientists. This complete serial contains all 15 chapters, first time available on DVD. 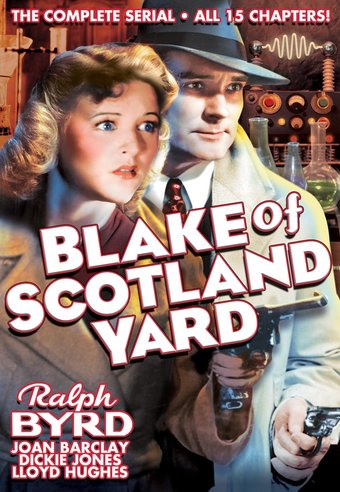 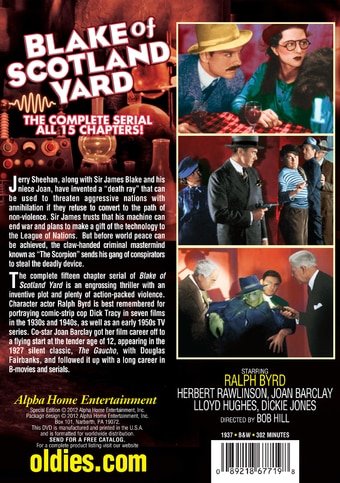 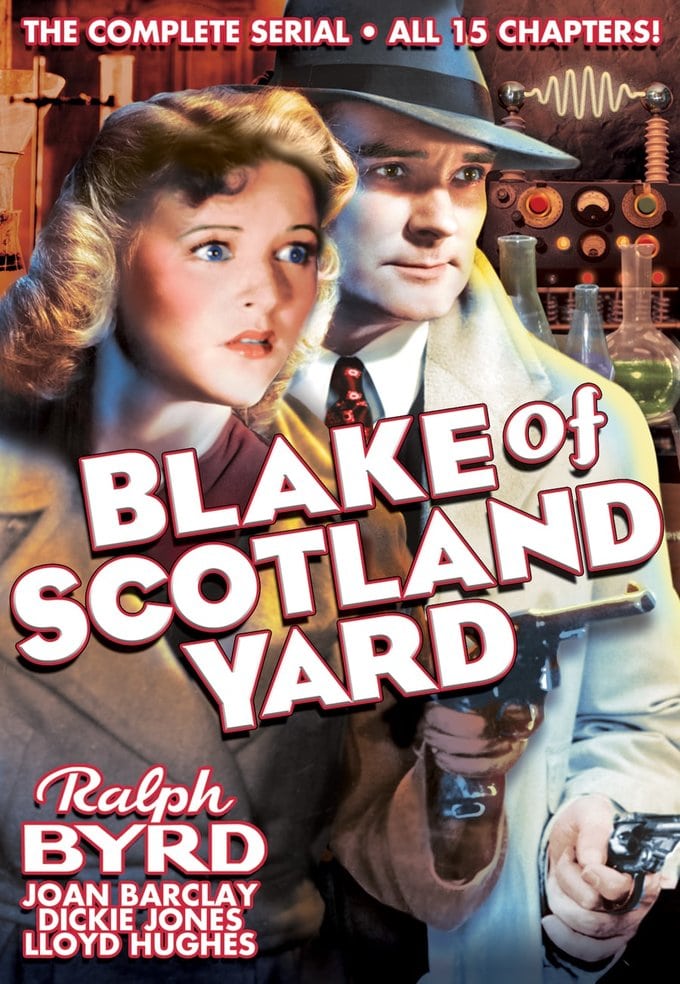 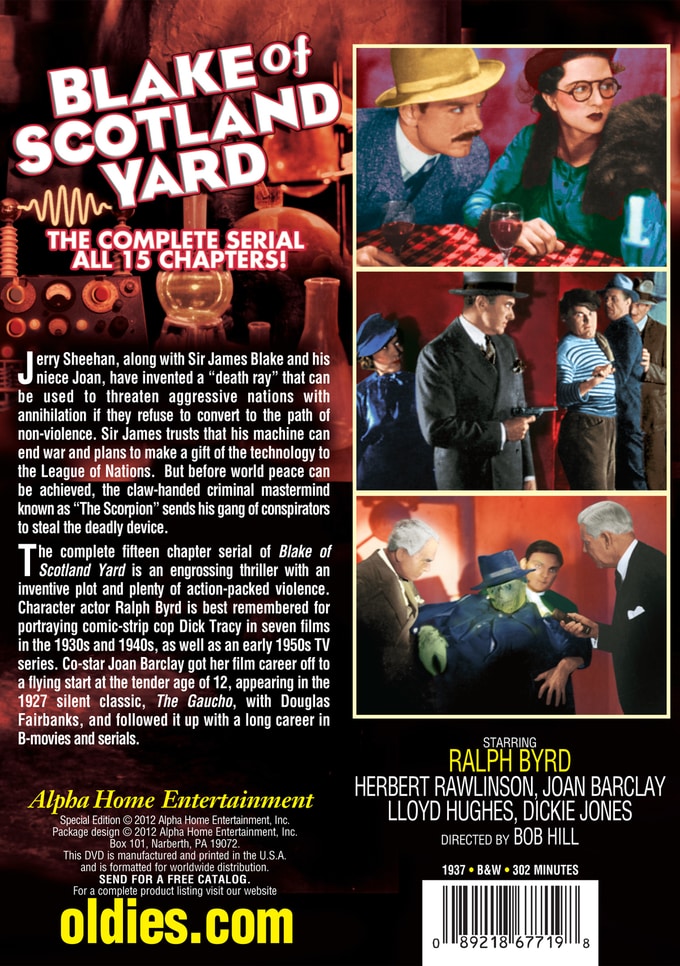 Jerry Sheehan, along with Sir James Blake and his niece Joan, have invented a "death ray" that can be used to threaten aggressive nations with annihilation if they refuse to convert to the path of non-violence. Sir James trusts that his machine can end war and plans to make a gift of the technology to the League of Nations. But before world peace can be achieved, the claw-handed criminal mastermind known as "The Scorpion" sends his gang of conspirators to steal the deadly device.

The complete fifteen chapter serial of Blake of Scotland Yard is an engrossing thriller with an inventive plot and plenty of action-packed violence. Character actor Ralph Byrd is best remembered for portraying comic-strip cop Dick Tracy in seven films in the 1930s and 1940s, as well as an early 1950s TV series. Co-star Joan Barclay got her film career off to a flying start at the tender age of 12, appearing in the 1927 silent classic, The Gaucho, with Douglas Fairbanks, and followed it up with a long career in B-movies and serials.

Silver-haired silent film leading man Herbert Rawlinson plays Scotland Yard inspector Sir James Blake in this 15-episode serial. Blake has financed a death ray designed by young inventor Ralph Byrd. The ray will be a boon to mankind (sure!) so long as it doesn't fall into the wrong hands. Those hands belong to "The Scorpion", a hooded mystery villain in league with a Teutonic munitions manufacturer. After several weeks' worth of hidden panels, explosions, kidnappings and other activity, the Scorpion is revealed to be....Aw, you'll guess it in episode one. BLAKE OF SCOTLAND YARD was put together with spit and vinegar by pinch-penny independent producer Sam Katzman.

Mystery | Serial | Police | Crime
This product is made-on-demand by the manufacturer using DVD-R recordable media. Almost all DVD players can play DVD-Rs (except for some older models made before 2000) - please consult your owner's manual for formats compatible with your player. These DVD-Rs may not play on all computers or DVD player/recorders. To address this, the manufacturer recommends viewing this product on a DVD player that does not have recording capability.

25%off
Blake of Scotland Yard (Feature Film Version)
$5.95 on Sale
Add to Cart