A modern-day film noir from cult director Brett Kelly about a bartender drawn into a web of murder and intrigue by a seductive femme fatale. 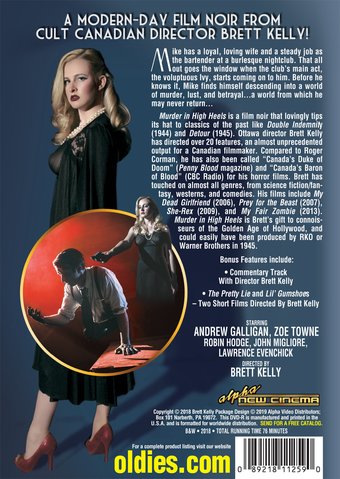 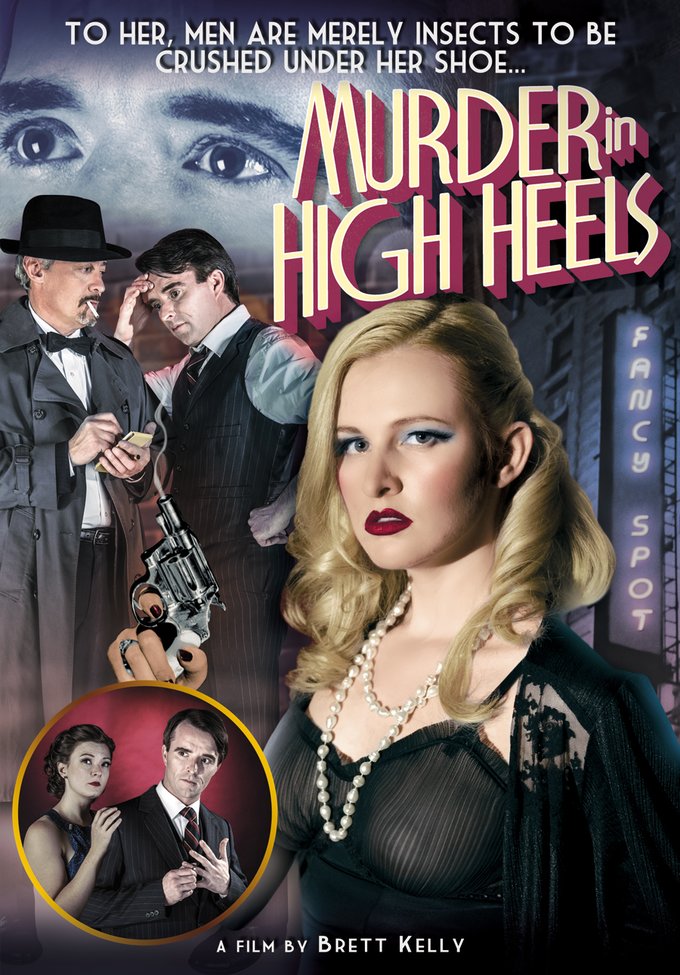 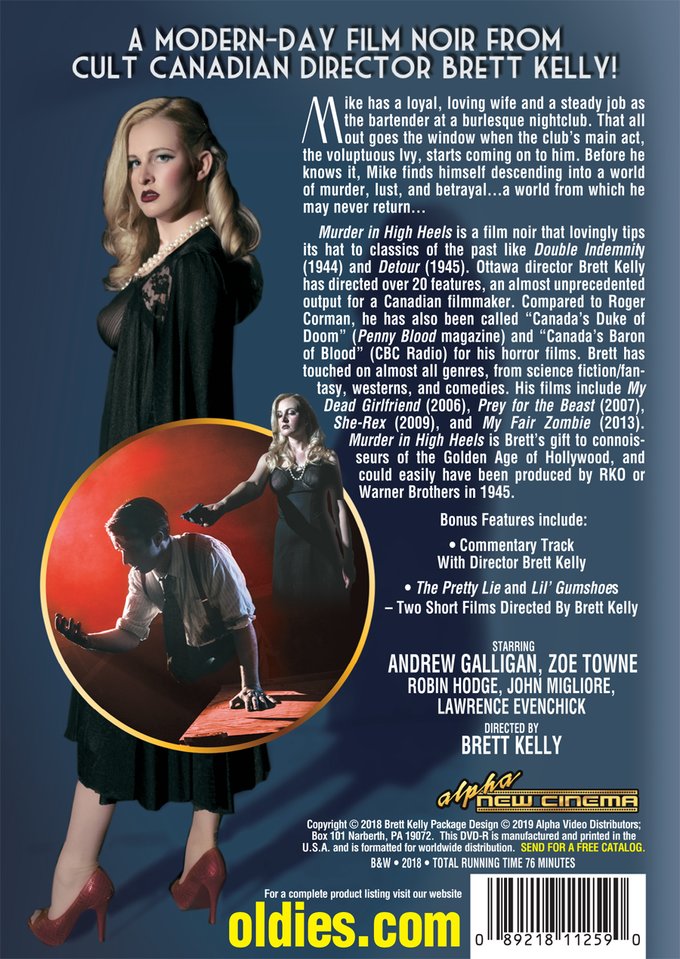 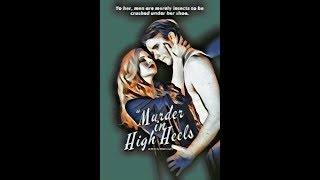 Mike has a loyal, loving wife and a steady job as the bartender at a burlesque nightclub. That all out goes the window when the club's main act, the voluptuous Ivy, starts coming on to him. Before he knows it, Mike finds himself descending into a world of murder, lust, and betrayal...a world from which he may never return...

Murder in High Heels is a film noir that lovingly tips its hat to classics of the past like Double Indemnity (1944) and Detour (1945). Ottawa director Brett Kelly has directed over 20 features, an almost unprecedented output for a Canadian filmmaker. Compared to none other than Roger Corman, he has also been called "Canada's Duke of Doom" (Penny Blood magazine) and "Canada's Baron of Blood" (CBC Radio) for his horror films. Brett has touched on almost all genres, from science fiction/fantasy, westerns, and comedies. His films include My Dead Girlfriend (2006), Prey for the Beast (2007), She-Rex (2009), and My Fair Zombie (2013). Murder in High Heels is Brett's gift to connoisseurs of the Golden Age of Hollywood, and could easily have been produced by RKO or Warner Brothers in 1945.

50%off
Sexpots From Space Double Feature: Voyage To The Planet of... (DVD-R) TOP 25 Bestselling DVD
$3.99 CYBER WEEK
Add to Cart