A doctor is forced to perform emergency surgery on a wounded bank robber./After a glamorous starlet is murdered, Hollywood celebrities are under suspicion. 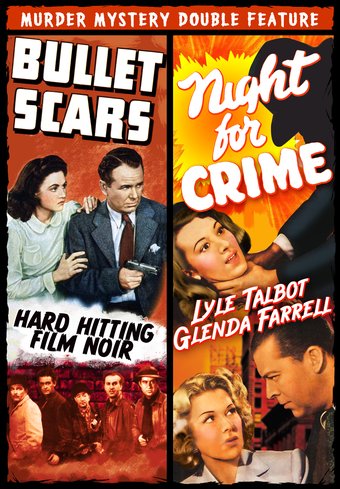 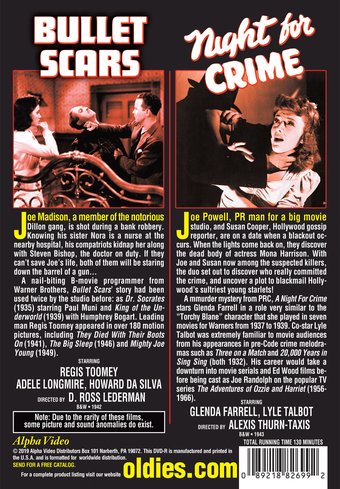 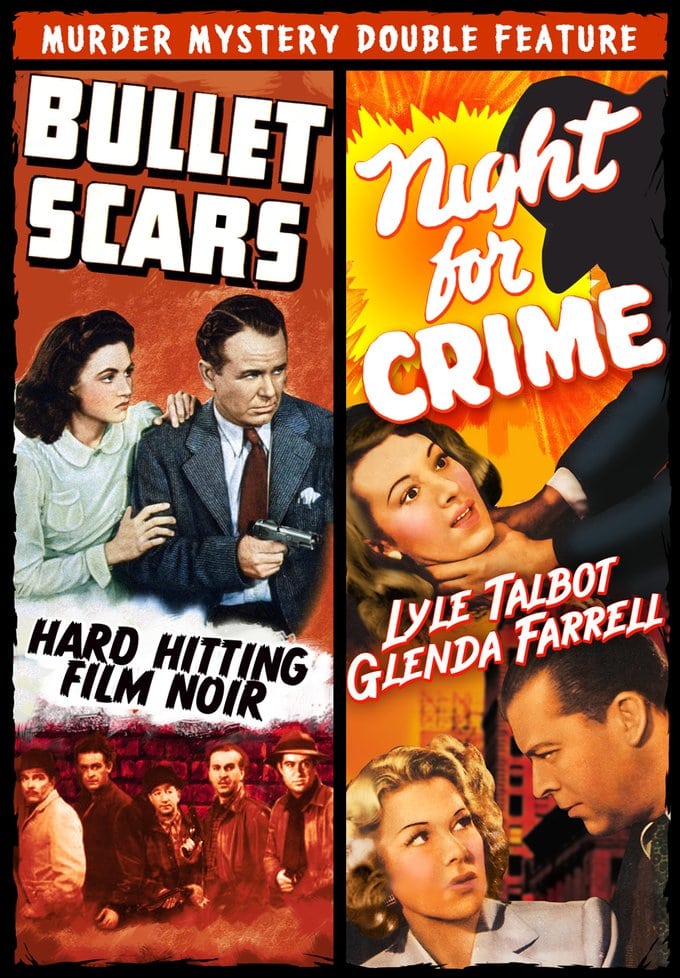 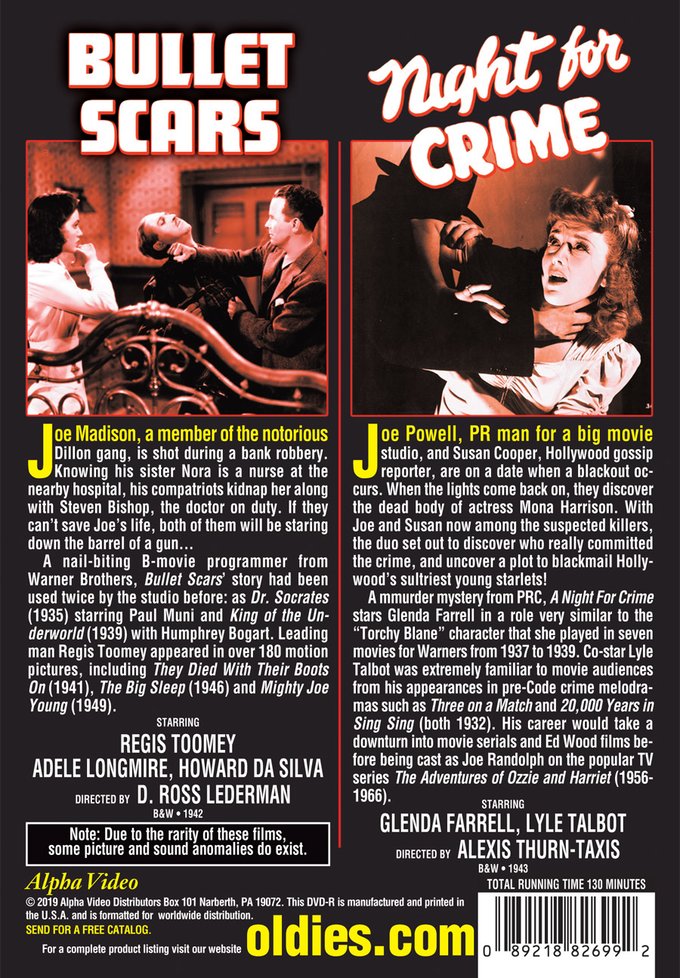 BULLET SCARS (1942): Joe Madison, a member of the notorious Dillon gang, is shot during a bank robbery. Knowing his sister Nora is a nurse at the nearby hospital, his compatriots kidnap her along with Steven Bishop, the doctor on duty. If they can’t save Joe’s life, both of them will be staring down the barrel of a gun…

A nail-biting B-movie programmer from Warner Brothers, Bullet Scars’ story had been used twice by the studio before: as Dr. Socrates (1935) starring Paul Muni and King of the Underworld (1939) with Humphrey Bogart. Leading man Regis Toomey appeared in over 180 motion pictures, including They Died With Their Boots On (1941), The Big Sleep (1946) and Mighty Joe Young (1949).

A NIGHT FOR CRIME (1943): Joe Powell, PR man for a big movie studio, and Susan Cooper, Hollywood gossip reporter, are on a date when a blackout occurs. When the lights come back on, they discover the dead body of actress Mona Harrison. With Joe and Susan now among the suspected killers, the duo set out to discover who really committed the crime, and uncover a plot to blackmail Hollywood’s sultriest young starlets!

A murder mystery from PRC, A Night For Crime stars Glenda Farrell in a role very similar to the “Torchy Blane” character that she played in seven movies for Warners from 1937 to 1939. Co-star Lyle Talbot was extremely familiar to movie audiences from his appearances in pre-Code crime melodramas such as Three on a Match and 20,000 Years in Sing Sing (both 1932). His career would take a downturn into movie serials and Ed Wood films before being cast as Joe Randolph on the popular TV series The Adventures of Ozzie and Harriet (1956-1966).

Note: Due to the rarity of these films, some picture and sound anomalies do exist.