A lawyer feels guilty for helping to get an adulterous woman acquitted for killing her husband / A series of mysterious accidents occur to the husband of an unfaithful woman. 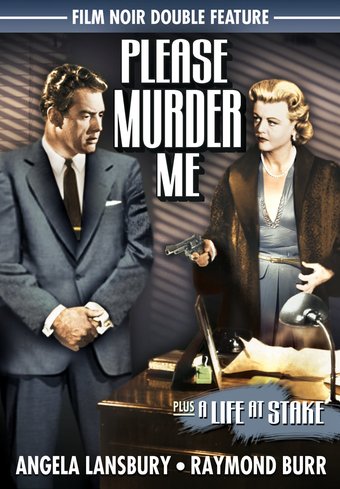 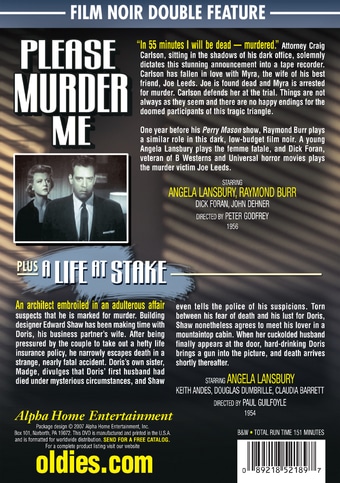 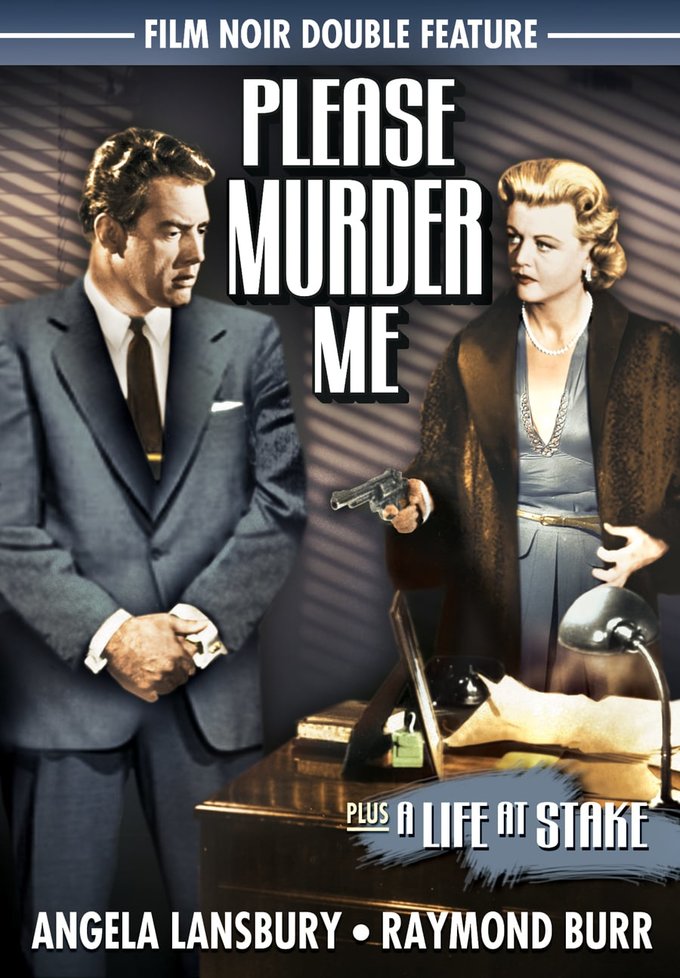 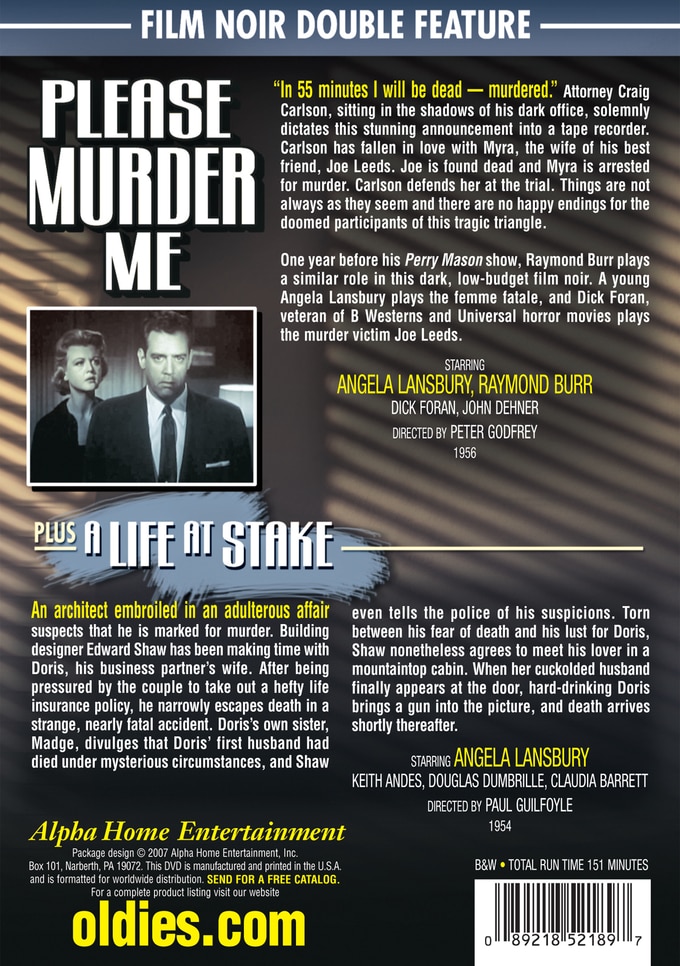 Please Murder Me (B&W, 1956): "In 55 minutes I will be dead... murdered." Attorney Craig Carlson, sitting in the shadows of his dark office, solemnly dictates this stunning announcement into a tape recorder. Carlson has fallen in love with Myra, the wife of his best friend, Joe Leeds. Joe is found dead and Myra is arrested for murder. Carlson defends her at the trial. Things are not always as they seem and there are no happy endings for the doomed participants of this tragic triangle. One year before his Perry Mason show, Raymond Burr plays a similar role in this dark, low-budget film noir. A young Angela Lansbury plays the femme fatale, and Dick Foran, veteran of B Westerns and Universal horror movies plays the murder victim Joe Leeds.

A Life at Stake (B&W, 1954): An architect embroiled in an adulterous affair suspects that he is marked for murder. Building designer Edward Shaw has been making time with Doris, his business partner's wife. After being pressured by the couple to take out a hefty life insurance policy, he narrowly escapes death in a strange, nearly fatal accident. Doris's own sister, Madge, divulges that Doris' first husband had died under mysterious circumstances, and Shaw even tells the police of his suspicions. Torn between his fear of death and his lust for Doris, Shaw nonetheless agrees to meet his lover in a mountaintop cabin. When her cuckolded husband finally appears at the door, hard-drinking Doris brings a gun into the picture, and death arrives shortly thereafter.

Film Noir
This product is made-on-demand by the manufacturer using DVD-R recordable media. Almost all DVD players can play DVD-Rs (except for some older models made before 2000) - please consult your owner's manual for formats compatible with your player. These DVD-Rs may not play on all computers or DVD player/recorders. To address this, the manufacturer recommends viewing this product on a DVD player that does not have recording capability.

19%off
Something for Everyone
$16.20 Super Savings
Add to Cart

Customer Rating:
Based on 117 ratings.


Viewable low-budget B-minus noirish straight crime story (not a caper), with the solid acting of Raymond Burr as protagonist (only one year ahead of starring as lawyer-sleuth Perry Mason in the successful TV series), Angela Lansbury as the femme fatale (barely 31 years old in this film, but already with 12 years experience in supporting roles, starting with her Oscar-nominated debut playing alongside Charles Boyer and Ingrid Bergman in the 1944-issue "Gaslight"), and Nick Foran (the Princeton-educated son of a U.S. Senator for NJ, and a fixture from 1935 onwards in Westerns first at Warner Bros. and later at Universal Studios as the "Singing Cowboy") in a fleeting appearance as the first of the film's characters duped by the greedy and murderous Myra Leeds. Also in the cast, ever-dependable supporting actors John Dehner and Denver Pyle. The film does have a plot twist not likely to have been played in previous or subsequent movies (although difficult to accept as realistic).