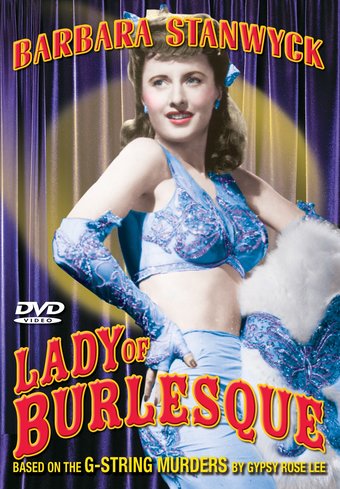 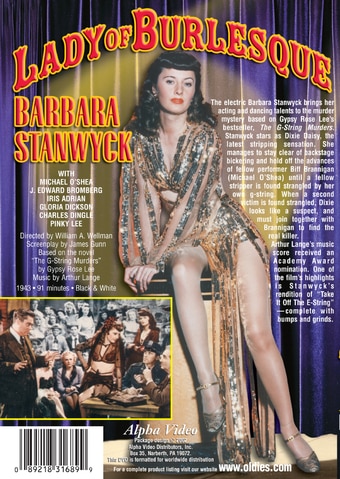 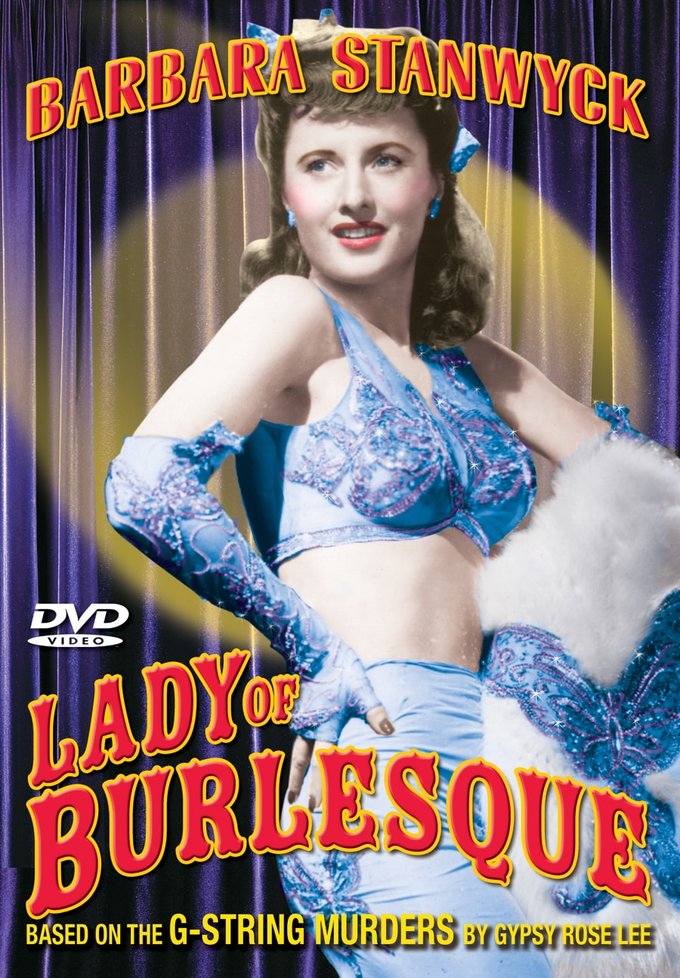 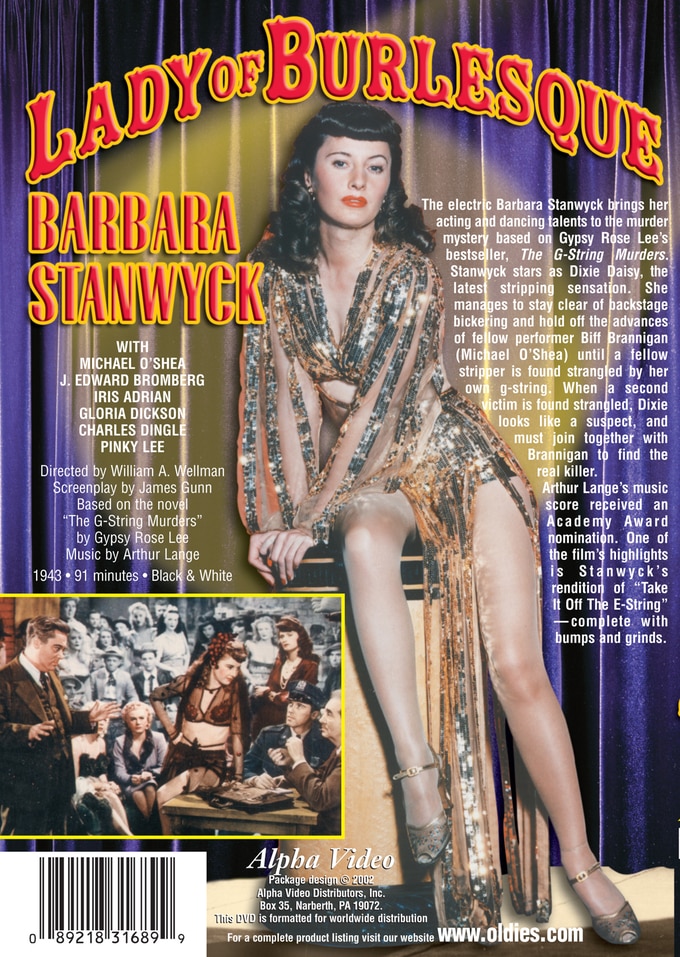 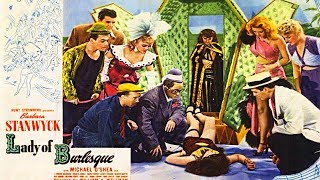 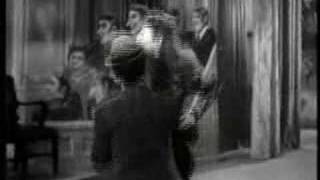 The electric Barbara Stanwyck brings her acting and dancing talents to the murder mystery based on Gypsy Rose Lee's bestseller, The G-String Murders. Stanwyck stars as Dixie Daisy, the latest stripping sensation. She manages to stay clear of backstage bickering and hold off the advances of fellow performer Biff Brannigan (Michael O'Shea) until a fellow stripper is found strangled by her own g-string. When a second victim is found strangled, Dixie looks like a suspect, and must join together with Brannigan to find the real killer.

Arthur Lange's music score received an Academy Award nomination. One of the film's highlights is Stanwyck's rendition of "Take It Off The E-String" -complete with bumps and grinds.

The behind-the-scenes shenanigans of a burlesque show set the stage for this mixture of comedy, music, sex appeal, and murder. While sardonic comedian Biff Brannigan (Michael O'Shea) constantly hits on lead stripper Dixie Daisy (Barbara Stanwyck), she continually rejects his lascivious advances. She, after all, is too busy thinking about her potential stardom. Meanwhile, as the characters who populate Biff and Dixie's workplace reveal ugly competitive streaks, someone is found strangled with a G-string. Then a second victim falls prey to the mysterious killer. Biff and Dixie soon realize that they have only each other to trust in the search for the killer's identity. William Wellman's usual outstanding direction, along with lush production numbers, keeps the whole thing sprightly. The film's music was justly nominated for an Academy Award for Best Score. The story is based on the novel THE G-STRING MURDERS by Gypsy Rose Lee.

Mystery | Suspense | Thriller | Murder | Strippers
This product is made-on-demand by the manufacturer using DVD-R recordable media. Almost all DVD players can play DVD-Rs (except for some older models made before 2000) - please consult your owner's manual for formats compatible with your player. These DVD-Rs may not play on all computers or DVD player/recorders. To address this, the manufacturer recommends viewing this product on a DVD player that does not have recording capability.

Remember the Night
$19
Add to Cart

Customer Rating:
Based on 3545 ratings.


Barbara Stanwyck is gorgeous (you wish more time could have been spent filming her in her burlesque costume) but most of all the film and audio quality are great; it’s the best I have ever seen. If you have seen the film on TV you’ll remember it as rather dark with poor sound. Finally a great was found and it makes for a whole new viewing experience.
The movie is based on real-life stripper Gypsy Rose Lee’s “The G-String Murders” and it holds up quite well. Barbara is as sexy here as she was in her earlier 1930s movies like Night Nurse. A must for Barbara Stanwyck fans.


Stanwyck is perfect as the hard-as-nails burlesque queen. Playing the character Gypsy Rose Lee wrote for herself, she never goes over the top. Only in "Ball of Fire" does she come close to a character like this. The other burlesque queens are true to type for the era: hard-bitten bleached blondes and dumb-as-a-box-of-rocks cuties. The first time I saw "Take It Off the E-String, Play It On the G-String," I nearly fell out of my chair. This is Stanwyck? Damn right! You go, girl!


The hard working Miss Stanwyck isn't the only star in this delightful picture - it's full of great character actors and actresses who, in Hollywood's heyday, could really bring a story to life. Several fun burlesque routines are included in the story - no stripteasers: this is really a family picture - and the backstage dramatics are pretty true to life. The film used as a master for this DVD was an old 16mm TV print with some cue marks and the disolves between scenes clipped out. I was pleased with the clear sharp picture. The audio has an average amount of slight hum and noise - nothing too bad and the music and dialogue come through loud and clear. These minor flaws don't spoil the fun. Alpha has done a good job of transfering the film to the dvd.


This movie has it all, stars, mystery, music, and laughs. Lady of Burlesque is my favorite of the Barbara Stanwyck vehicles. I especially like the scenes with Pinky Lee, who almost stole the movie.