A sentimental horse racing melodrama from the silent era, never before on DVD. Plus 'From Rags to Britches' (1925) with Billy Bevan. 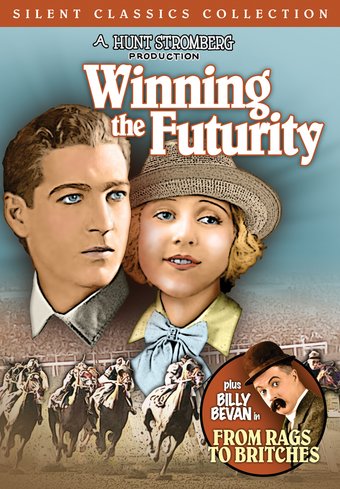 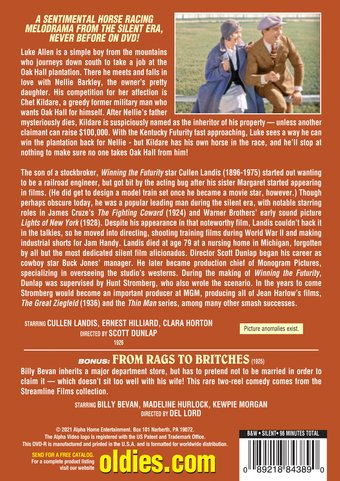 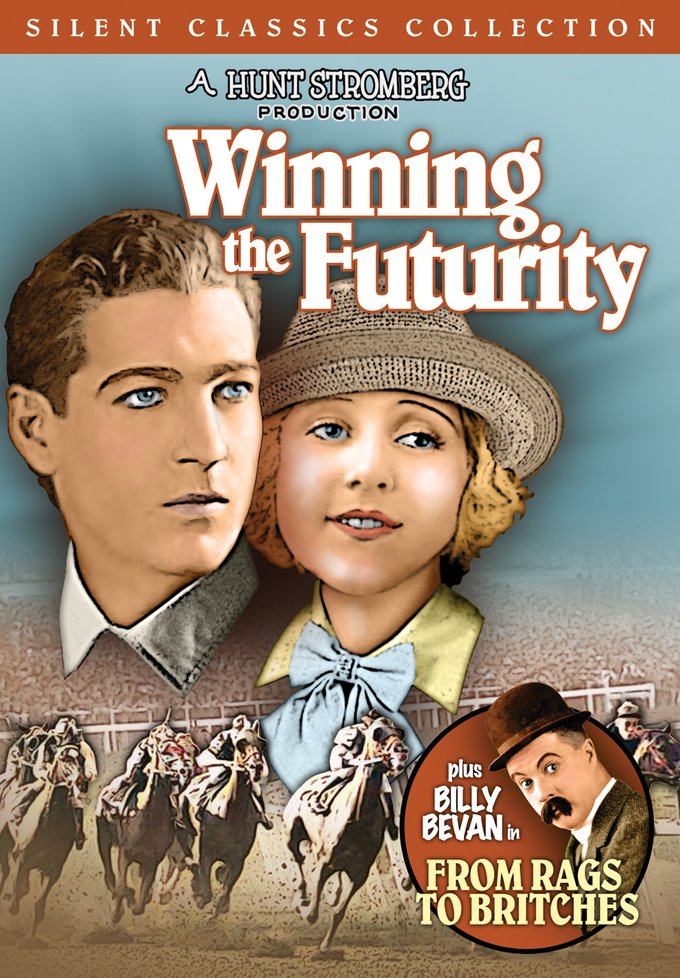 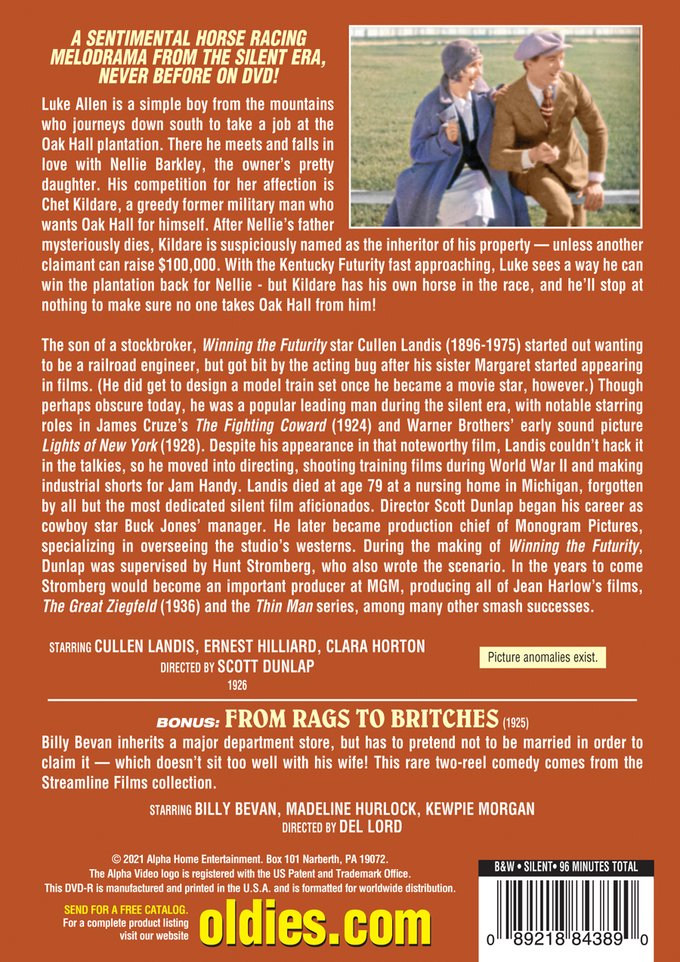 Luke Allen is a simple boy from the mountains who journeys down south to take a job at the Oak Hall plantation. There he meets and falls in love with Nellie Barkley, the owner's pretty daughter. His competition for her affection is Chet Kildare, a greedy former military man who wants Oak Hall for himself. After Nellie's father mysteriously dies, Kildare is suspiciously named as the inheritor of his property - unless another claimant can raise $100,000. With the Kentucky Futurity fast approaching, Luke sees a way he can win the plantation back for Nellie - but Kildare has his own horse in the race, and he'll stop at nothing to make sure no one takes Oak Hall from him!

The son of a stockbroker, Winning the Futurity star Cullen Landis (1896-1975) started out wanting to be a railroad engineer, but got bit by the acting bug after his sister Margaret started appearing in films. (He did get to design a model train set once he became a movie star, however.) Though perhaps obscure today, he was a popular leading man during the silent era, with notable starring roles in James Cruze's The Fighting Coward (1924) and Warner Brothers' early sound picture Lights of New York (1928). Despite his appearance in that noteworthy film, Landis couldn't hack it in the talkies, so he moved into directing, shooting training films during World War II and making industrial shorts for Jam Handy. Landis died at age 79 at a nursing home in Michigan, forgotten by all but the most dedicated silent film aficionados. Director Scott Dunlap began his career as cowboy star Buck Jones' manager. He later became production chief of Monogram Pictures, specializing in overseeing the studio's westerns. During the making of Winning the Futurity, Dunlap was supervised by Hunt Stromberg, who also wrote the scenario. In the years to come Stromberg would become an important producer at MGM, producing all of Jean Harlow's films, The Great Ziegfeld (1936) and the Thin Man series, among many other smash successes.

BONUS: From Rags to Britches (1925): Billy Bevan inherits a major department store, but has to pretend not to be married in order to claim it - which doesn't sit too well with his wife! This rare two-reel comedy comes from the Streamline Films collection.