The saga of the immortal love of Antony and Cleopatra - and the war it spurred - is told in this big-budget Italian epic from the silent era. 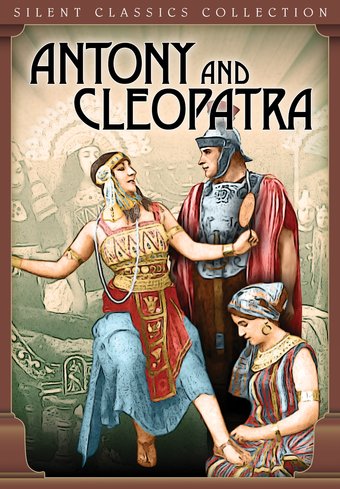 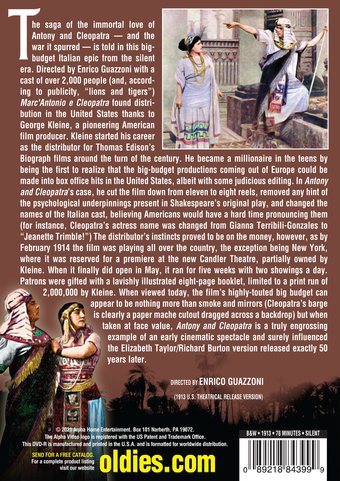 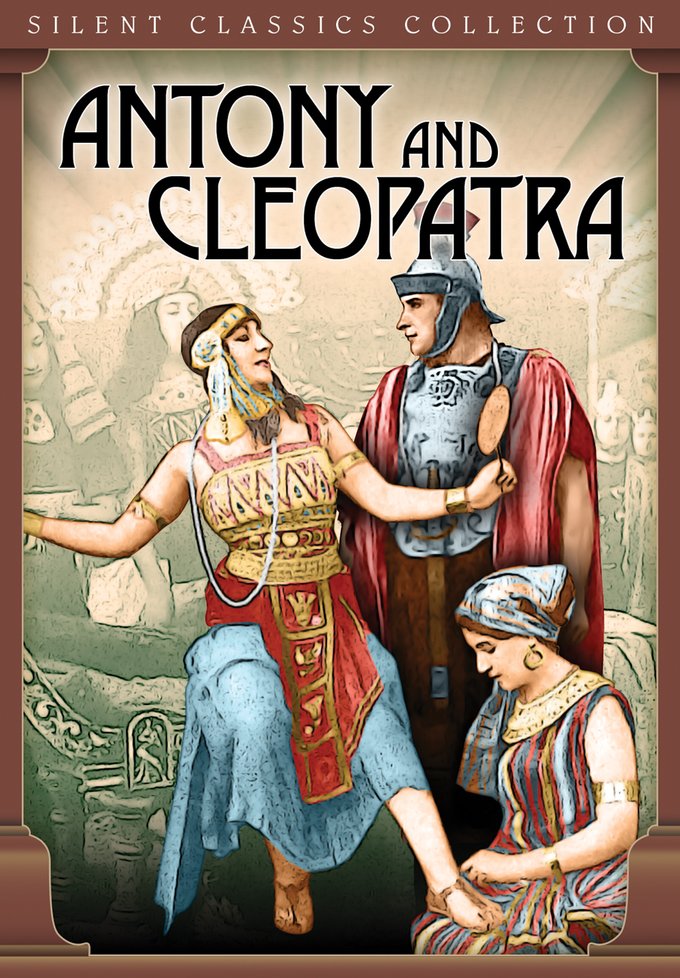 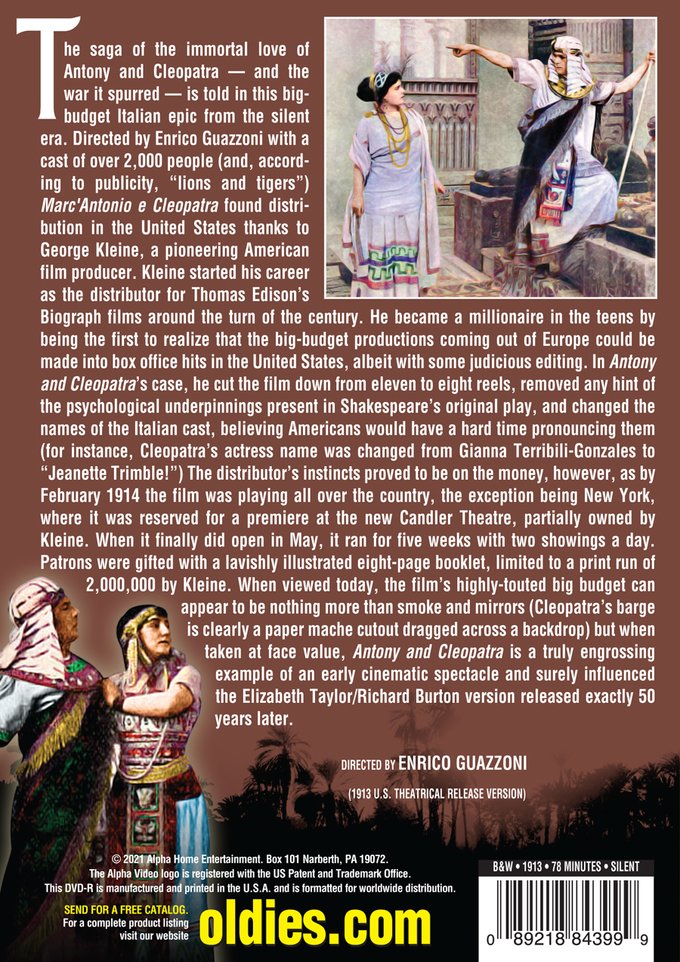 The saga of the immortal love of Antony and Cleopatra - and the war it spurred - is told in this big-budget Italian epic from the silent era. Directed by Enrico Guazzoni with a cast of over 2,000 people (and, according to publicity, “lions and tigers”) Marc'Antonio e Cleopatra found distribution in the United States thanks to George Kleine, a pioneering American film producer. Kleine started his career as the distributor for Thomas Edison's Biograph films around the turn of the century. He became a millionaire in the teens by being the first to realize that the big-budget productions coming out of Europe could be made into box office hits in the United States, albeit with some judicious editing. In Antony and Cleopatra's case, he cut the film down from eleven to eight reels, removed any hint of the psychological underpinnings present in Shakespeare's original play, and changed the names of the Italian cast, believing Americans would have a hard time pronouncing them (for instance, Cleopatra's actress name was changed from Gianna Terribili-Gonzales to “Jeanette Trimble!”) The distributor's instincts proved to be on the money, however, as by February 1914 the film was playing all over the country, the exception being New York, where it was reserved for a premiere at the new Candler Theatre, partially owned by Kleine. When it finally did open in May, it ran for five weeks with two showings a day. Patrons were gifted with a lavishly illustrated eight-page booklet, limited to a print run of 2,000,000 by Kleine. When viewed today, the film's highly-touted big budget can appear to be nothing more than smoke and mirrors (Cleopatra's barge is clearly a paper mache cutout dragged across a backdrop) but when taken at face value, Antony and Cleopatra is a truly engrossing example of an early cinematic spectacle and surely influenced the Elizabeth Taylor/Richard Burton version released exactly 50 years later.
This product is made-on-demand by the manufacturer using DVD-R recordable media. Almost all DVD players can play DVD-Rs (except for some older models made before 2000) - please consult your owner's manual for formats compatible with your player. These DVD-Rs may not play on all computers or DVD player/recorders. To address this, the manufacturer recommends viewing this product on a DVD player that does not have recording capability.