The story of how the Pony Express mail service prevented California from seceding from the United States is told in director James W. Cruze's big-budget follow-up to 'The Covered Wagon.' Plus the short 'The Ore Raiders' directed by William Wyler. 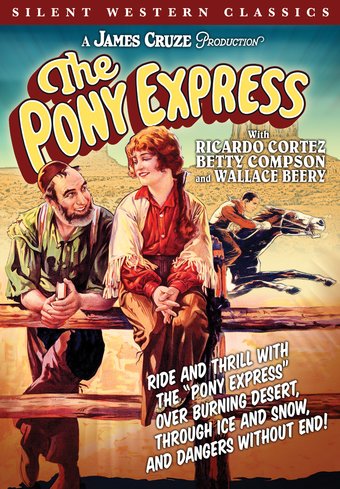 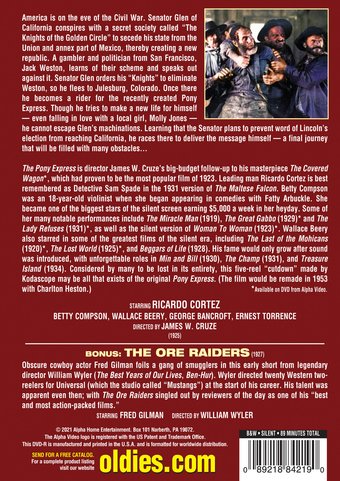 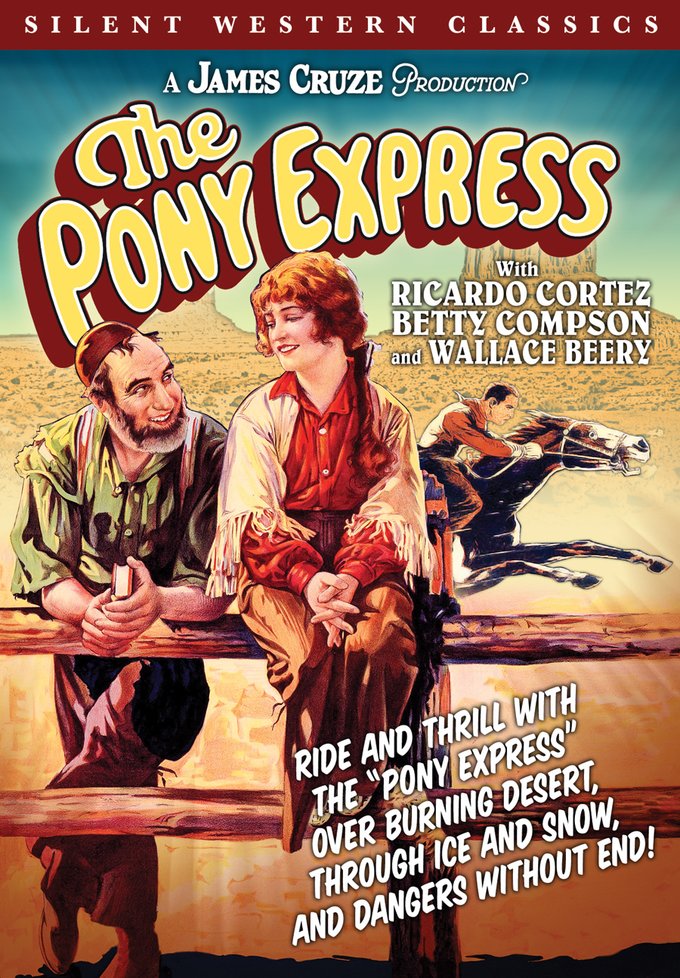 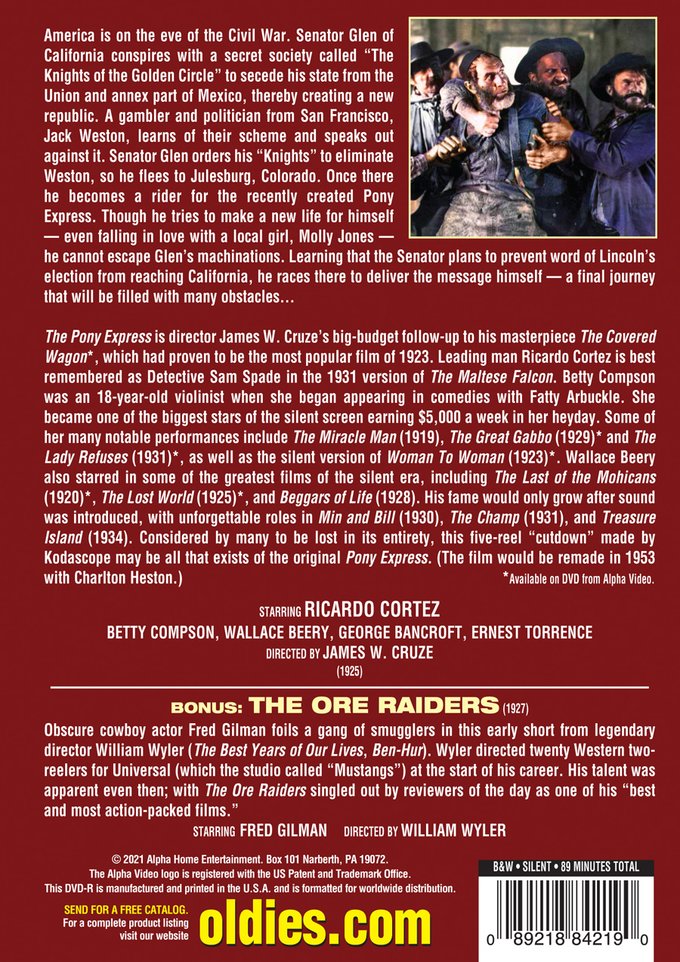 America is on the eve of the Civil War. Senator Glen of California conspires with a secret society called "The Knights of the Golden Circle" to secede his state from the Union and annex part of Mexico, thereby creating a new republic. A gambler and politician from San Francisco, Jack Weston, learns of their scheme and speaks out against it. Senator Glen orders his "Knights'' to eliminate Weston, so he flees to Julesburg, Colorado. Once there he becomes a rider for the recently created Pony Express. Though he tries to make a new life for himself - even falling in love with a local girl, Molly Jones - he cannot escape Glen's machinations. Learning that the Senator plans to prevent word of Lincoln's election from reaching California, he races there to deliver the message himself - a final journey that will be filled with many obstacles...

The Pony Express is director James W. Cruze's big-budget follow-up to his masterpiece The Covered Wagon, which had proven to be the most popular film of 1923. Leading man Ricardo Cortez is best remembered as Detective Sam Spade in the 1931 version of The Maltese Falcon. Betty Compson was an 18-year-old violinist when she began appearing in comedies with Fatty Arbuckle. She became one of the biggest stars of the silent screen earning $5,000 a week in her heyday. Some of her many notable performances include The Miracle Man (1919), The Great Gabbo (1929) and The Lady Refuses (1931), as well as the silent version of Woman To Woman (1923). Wallace Beery also starred in some of the greatest films of the silent era, including The Last of the Mohicans (1920), The Lost World (1925), and Beggars of Life (1928). His fame would only grow after sound was introduced, with unforgettable roles in Min and Bill (1930), The Champ (1931), and Treasure Island (1934). Considered by many to be lost in its entirety, this five-reel "cutdown" made by Kodascope may be all that exists of the original Pony Express. (The film would be remade in 1953 with Charlton Heston.)

BONUS: The Ore Raiders (1927): Obscure cowboy actor Fred Gilman foils a gang of smugglers in this early short from legendary director William Wyler (The Best Years of Our Lives, Ben-Hur.) Wyler directed twenty Western two-reelers for Universal (which the studio called "Mustangs") at the start of his career. His talent was apparent even then; with The Ore Raiders singled out by reviewers of the day as one of his "best and most action-packed films."