Blanche Sweet plays a tomboy who goes to live on a Native American reservation to escape her stagecoach robber father in this classic silent western. Plus 'Lazy Lem' (1920) starring Milburn Morante. 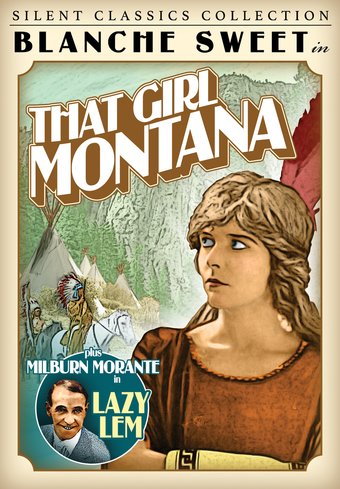 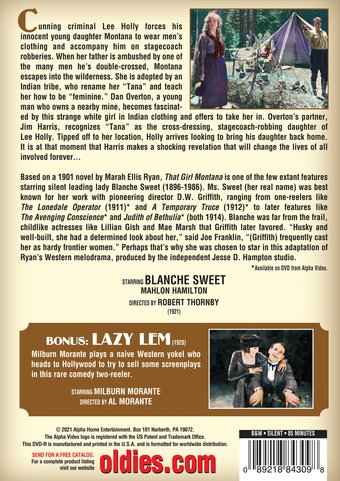 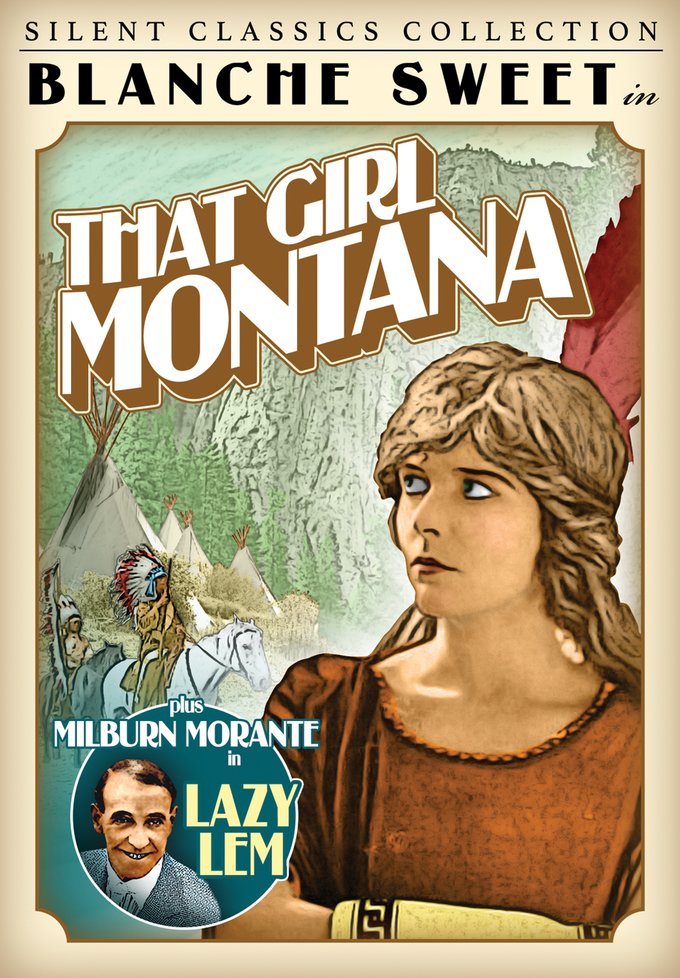 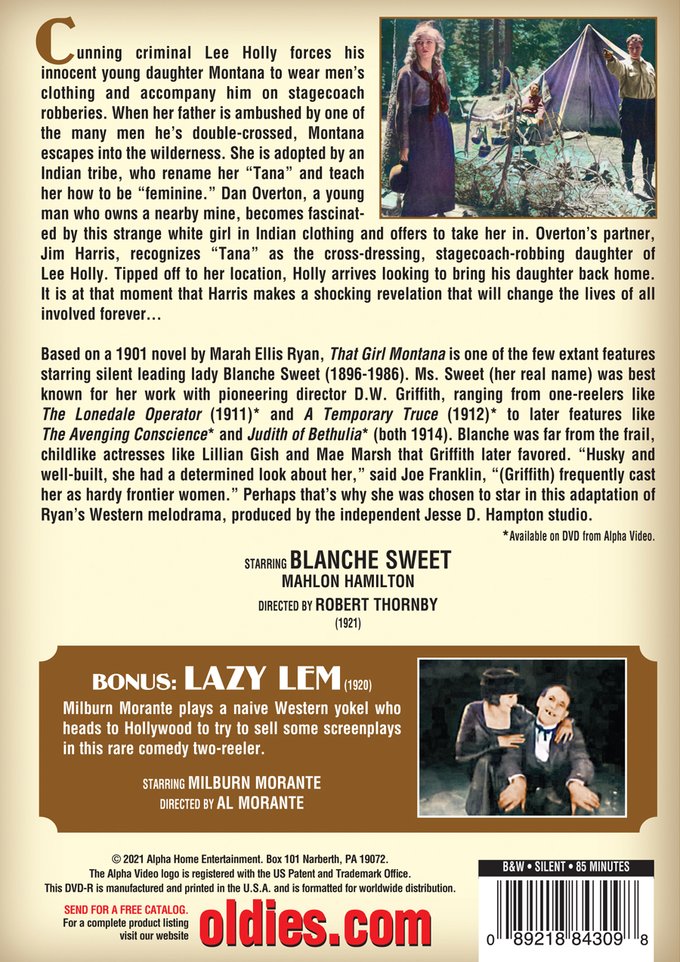 Cunning criminal Lee Holly forces his innocent young daughter Montana to wear men's clothing and accompany him on stagecoach robberies. When her father is ambushed by one of the many men he's double-crossed, Montana escapes into the wilderness. She is adopted by an Indian tribe, who rename her 'Tana' and teach her how to be "feminine." Dan Overton, a young man who owns a nearby mine, becomes fascinated by this strange white girl in Indian clothing and offers to take her in. Overton's partner, Jim Harris, recognizes 'Tana' as the cross-dressing, stagecoach-robbing daughter of Lee Holly. Tipped off to her location, Holly arrives looking to bring his daughter back home. It is at that moment that Harris makes a shocking revelation that will change the lives of all involved forever...

Based on a 1901 novel by Marah Ellis Ryan, That Girl Montana is one of the few extant features starring silent leading lady Blanche Sweet (1896-1986). Ms. Sweet (her real name) was best known for her work with pioneering director D.W. Griffith, ranging from one-reelers like The Lonedale Operator (1911) and A Temporary Truce (1912) to later features like The Avenging Conscience and Judith of Bethulia (both 1914). Blanche was far from the frail, childlike actresses like Lillian Gish and Mae Marsh that Griffith later favored. "Husky and well-built, she had a determined look about her," said Joe Franklin, "(Griffith) frequently cast her as hardy frontier women." Perhaps that's why she was chosen to star in this adaptation of Ryan's Western melodrama, produced by the independent Jesse D. Hampton studio.

BONUS: Lazy Lem (1920): Milburn Morante plays a naive Western yokel who heads to Hollywood to try to sell some screenplays in this rare comedy two-reeler.