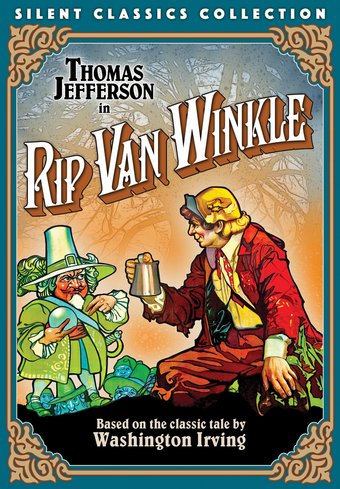 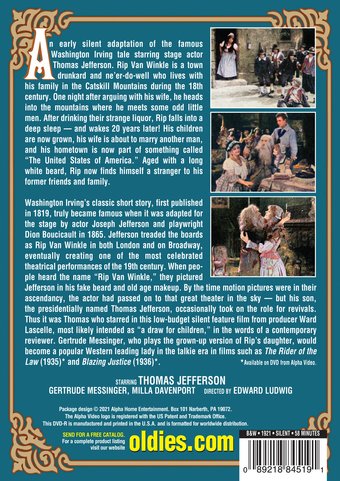 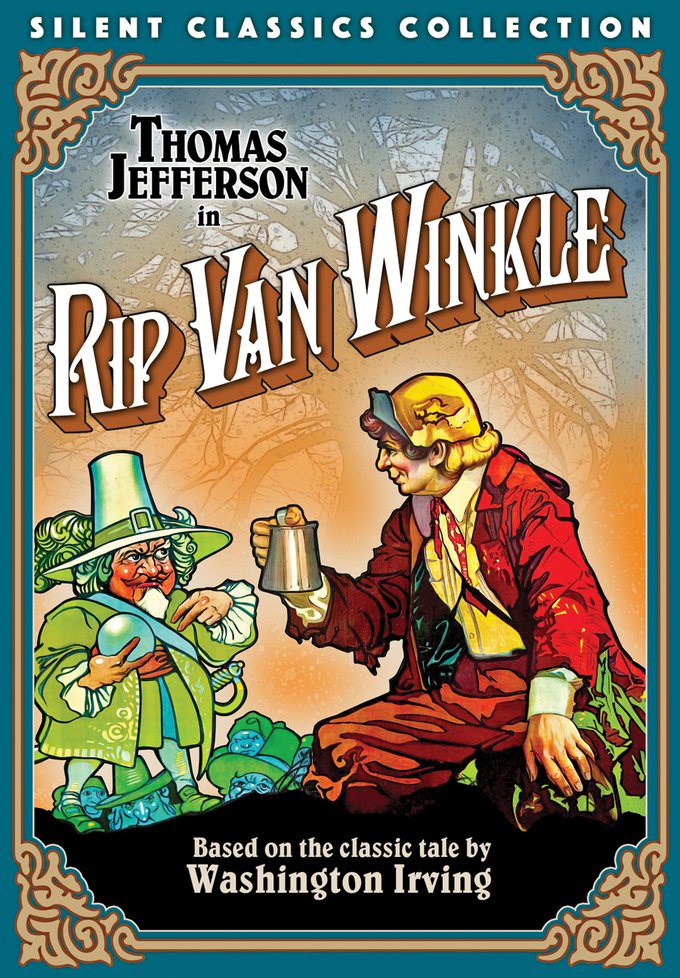 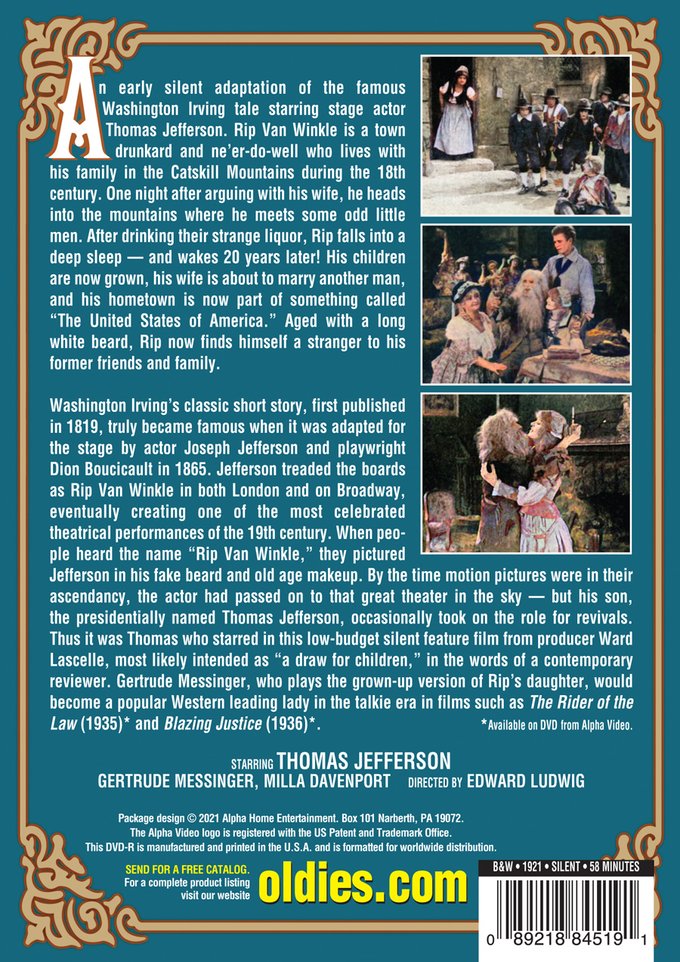 Rip Van Winkle is a town drunkard and ne'er-do-well who lives with his family in the Catskill Mountains during the 18th century. One night after arguing with his wife, he heads into the mountains where he meets some odd little men. After drinking their strange liquor, Rip falls into a deep sleep - and wakes 20 years later! His children are now grown, his wife is about to marry another man, and his hometown is now part of something called "The United States of America." Aged with a long white beard, Rip now finds himself a stranger to his former friends and family.

Washington Irving's classic short story, first published in 1819, truly became famous when it was adapted for the stage by actor Joseph Jefferson and playwright Dion Boucicault in 1865. Jefferson treaded the boards as Rip Van Winkle in both London and on Broadway, eventually creating one of the most celebrated theatrical performances of the 19th century. When people heard the name "Rip Van Winkle," they pictured Jefferson in his fake beard and old age makeup. By the time motion pictures were in their ascendancy, the actor had passed on to that great theater in the sky - but his son, the presidentially named Thomas Jefferson, occasionally took on the role for revivals. Thus it was Thomas who starred in this low-budget silent feature film from producer Ward Lascelle, most likely intended as "a draw for children," in the words of a contemporary reviewer. Gertrude Messinger, who plays the grown-up version of Rip's daughter, would become a popular Western leading lady in the talkie era in films such as The Rider of the Law (1935) and Blazing Justice (1936).