Clara Kimball Young plays a dual role as twin sisters - one a reserved nun, the other a sultry nightclub singer! Plus the second chapter of the rare silent serial 'Mystery of the Double Cross.' 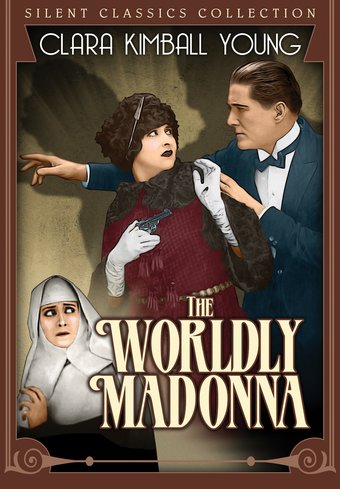 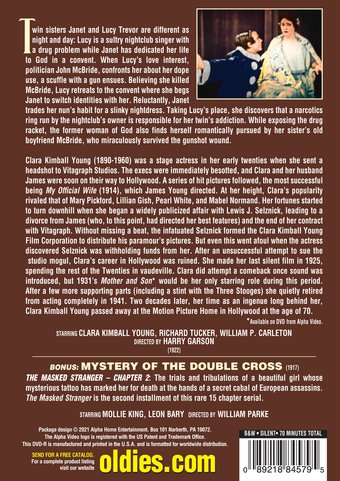 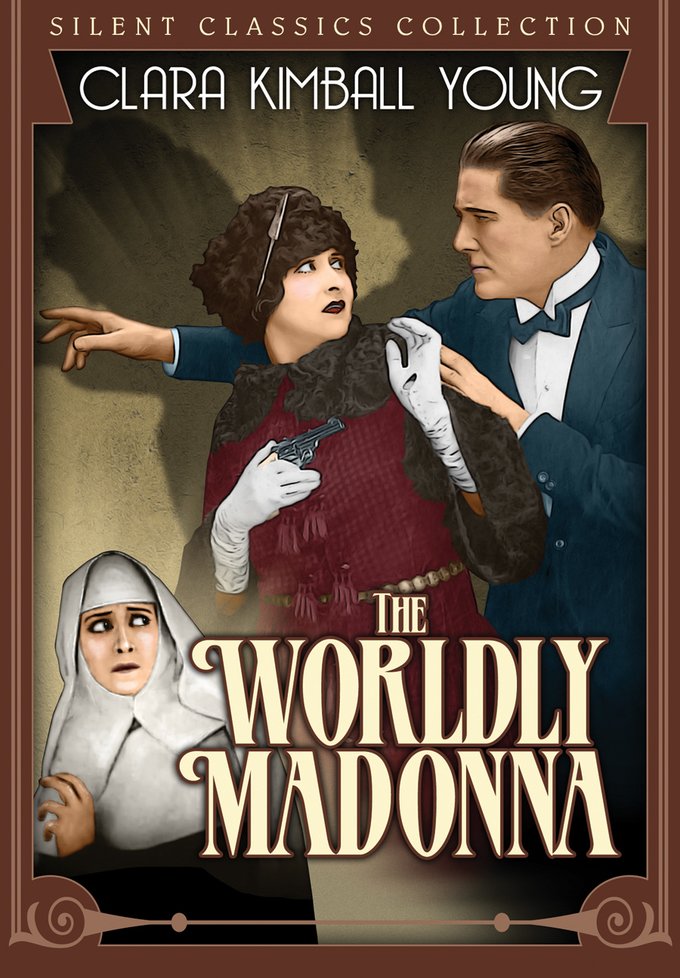 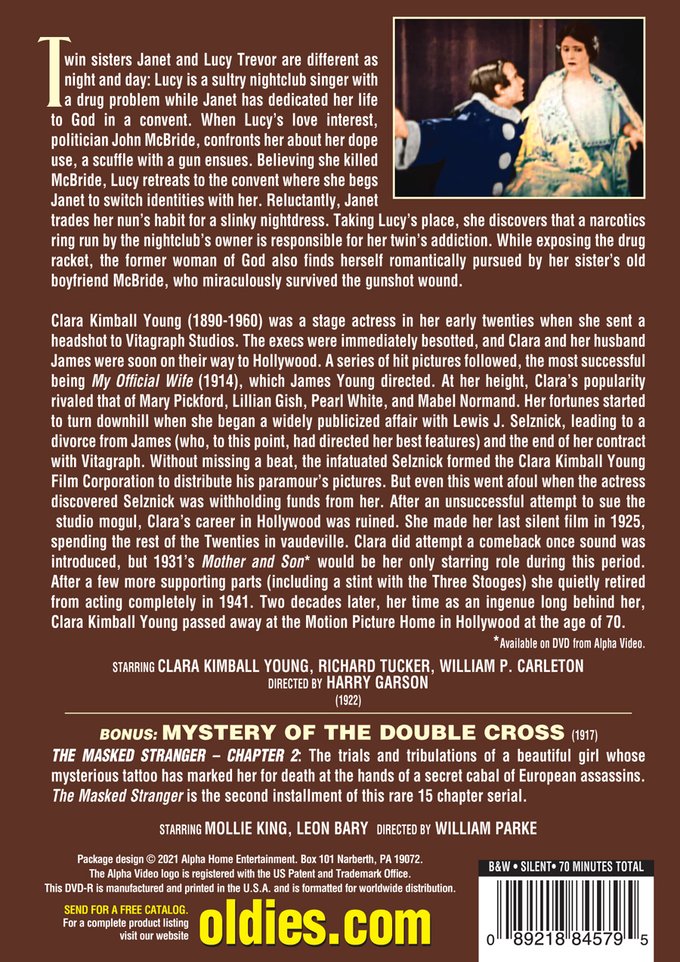 Twin sisters Janet and Lucy Trevor are different as night and day: Lucy is a sultry nightclub singer with a drug problem while Janet has dedicated her life to God in a convent. When Lucy's love interest, politician John McBride, confronts her about her dope use, a scuffle with a gun ensues. Believing she killed McBride, Lucy retreats to the convent where she begs Janet to switch identities with her. Reluctantly, Janet trades her nun's habit for a slinky nightdress. Taking Lucy's place, she discovers that a narcotics ring run by the nightclub's owner is responsible for her twin's addiction. While exposing the drug racket, the former woman of God also finds herself romantically pursued by her sister's old boyfriend McBride, who miraculously survived the gunshot wound.

Clara Kimball Young (1890-1960) was a stage actress in her early twenties when she sent a headshot to Vitagraph Studios. The execs were immediately besotted, and Clara and her husband James were soon on their way to Hollywood. A series of hit pictures followed, the most successful being My Official Wife (1914), which James Young directed. At her height, Clara's popularity rivaled that of Mary Pickford, Lillian Gish, Pearl White, and Mabel Normand. Her fortunes started to turn downhill when she began a widely publicized affair with Lewis J. Selznick, leading to a divorce from James (who, to this point, had directed her best features) and the end of her contract with Vitagraph. Without missing a beat, the infatuated Selznick formed the Clara Kimball Young Film Corporation to distribute his paramour's pictures. But even this went afoul when the actress discovered Selznick was withholding funds from her. After an unsuccessful attempt to sue the studio mogul, Clara's career in Hollywood was ruined. She made her last silent film in 1925, spending the rest of the Twenties in vaudeville. Clara did attempt a comeback once sound was introduced, but 1931's Mother and Son would be her only starring role during this period. After a few more supporting parts (including a stint with the Three Stooges) she quietly retired from acting completely in 1941. Two decades later, her time as an ingenue long behind her, Clara Kimball Young passed away at the Motion Picture Home in Hollywood at the age of 70.

BONUS: Mystery of the Double Cross - The Lady in Number "7" - Chapter 1 (1917): The trials and tribulations of a beautiful girl whose mysterious tattoo has marked her for death at the hands of a secret cabal of European assassins. "The Masked Stranger" is the second installment of this rare 15 chapter serial.