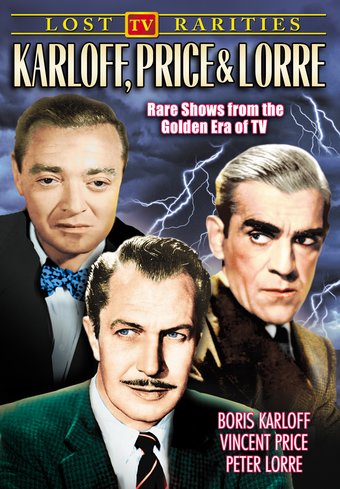 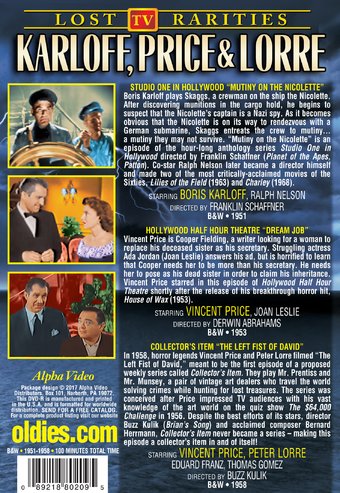 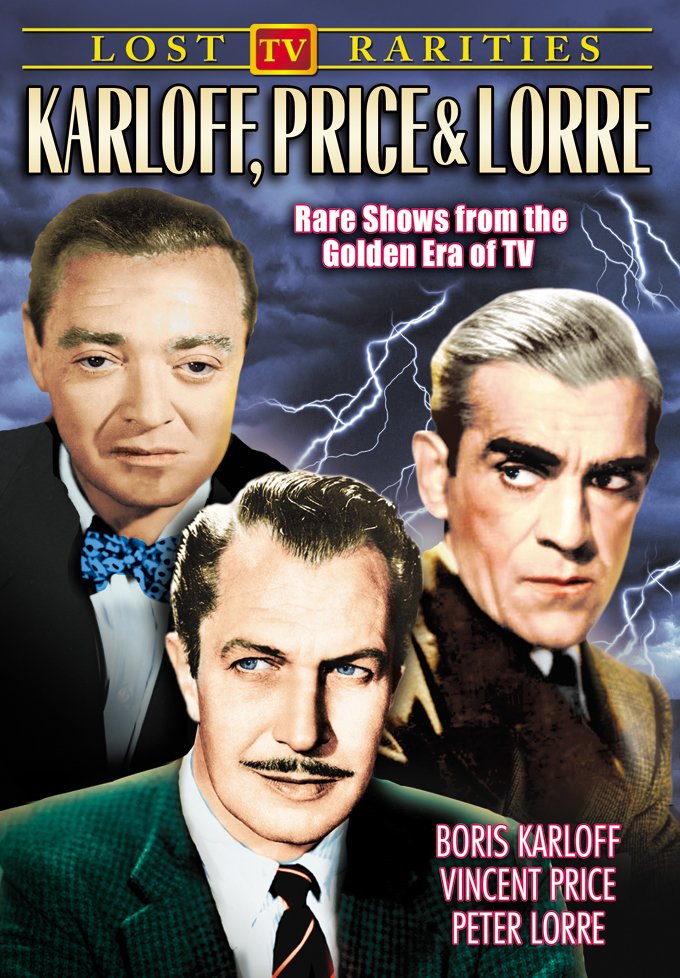 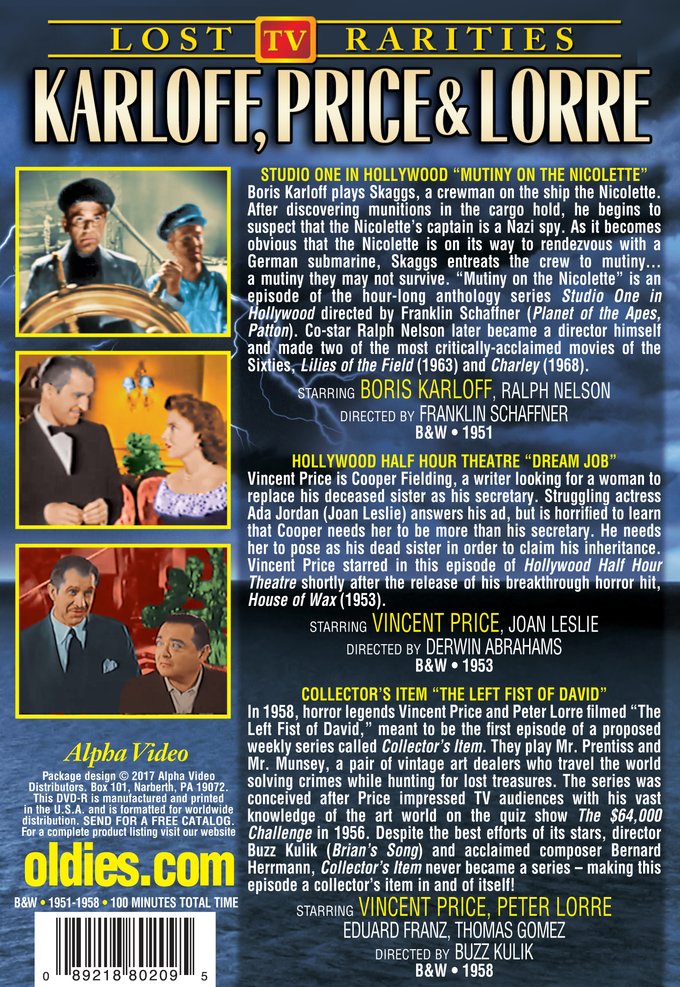 STUDIO ONE IN HOLLYWOOD “MUTINY ON THE NICOLETTE” (1951): Boris Karloff plays Skaggs, a crewman on the ship the Nicolette. After discovering munitions in the cargo hold, he begins to suspect that the Nicolette’s captain is a Nazi spy. As it becomes obvious that the Nicolette is on its way to rendezvous with a German submarine, Skaggs entreats the crew to mutiny...a mutiny they may not survive. “Mutiny on the Nicolette” is an episode of the hour-long anthology series Studio One in Hollywood directed by Franklin Schaffner (Planet of the Apes, Patton). Co-star Ralph Nelson later became a director himself and made two of the most critically-acclaimed movies of the Sixties, Lilies of the Field (1963) and Charley (1968).

HOLLYWOOD HALF HOUR THEATRE “DREAM JOB” (1953): Vincent Price is Cooper Fielding, a writer looking for a woman to replace his deceased sister as his secretary. Struggling actress Ada Jordan (Joan Leslie) answers his ad, but is horrified to learn that Cooper needs her to be more than his secretary. He needs her to pose as his dead sister in order to claim his inheritance. Vincent Price starred in this episode of Hollywood Half Hour Theatre shortly after the release of his breakthrough horror hit, House of Wax (1953).

COLLECTOR’S ITEM “THE LEFT FIST OF DAVID” (1958): In 1958, horror legends Vincent Price and Peter Lorre filmed “The Left Fist of David”, meant to be the first episode of a proposed weekly series called Collector’s Item. They play Mr. Prentiss and Mr. Munsey, a pair of vintage art dealers who travel the world solving crimes while hunting for lost treasures. The series was conceived after Price impressed TV audiences with his vast knowledge of the art world on the quiz show The $64,000 Challenge in 1956. Despite the best efforts of its stars, director Buzz Kulik (Brian’s Song) and acclaimed composer Bernard Herrmann, Collector’s Item never became a series – making this episode a collector’s item in and of itself!