Two noir-drenched tales of jealousy, murder and mystery from the Studio One dramatic anthology television series, featuring some of Hollywood's biggest names. 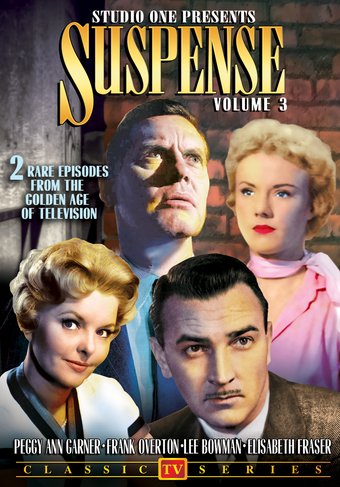 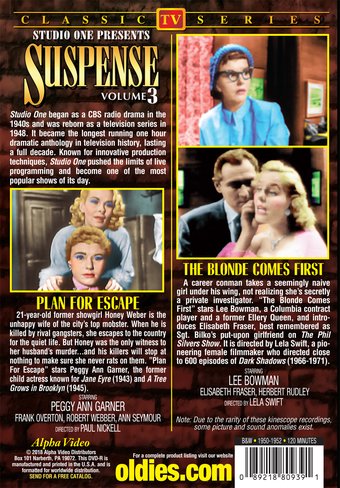 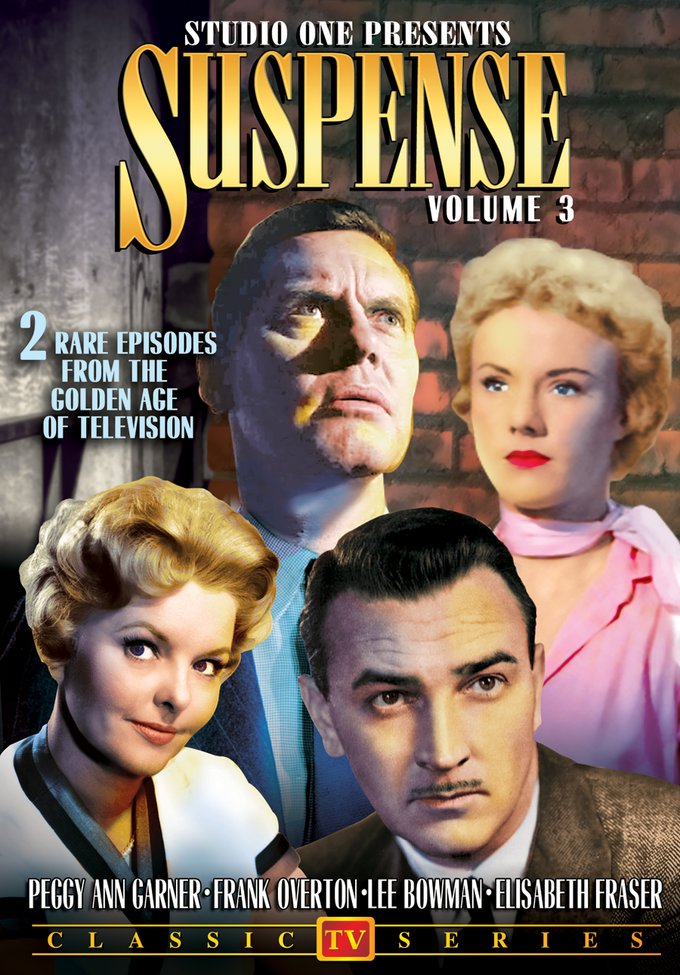 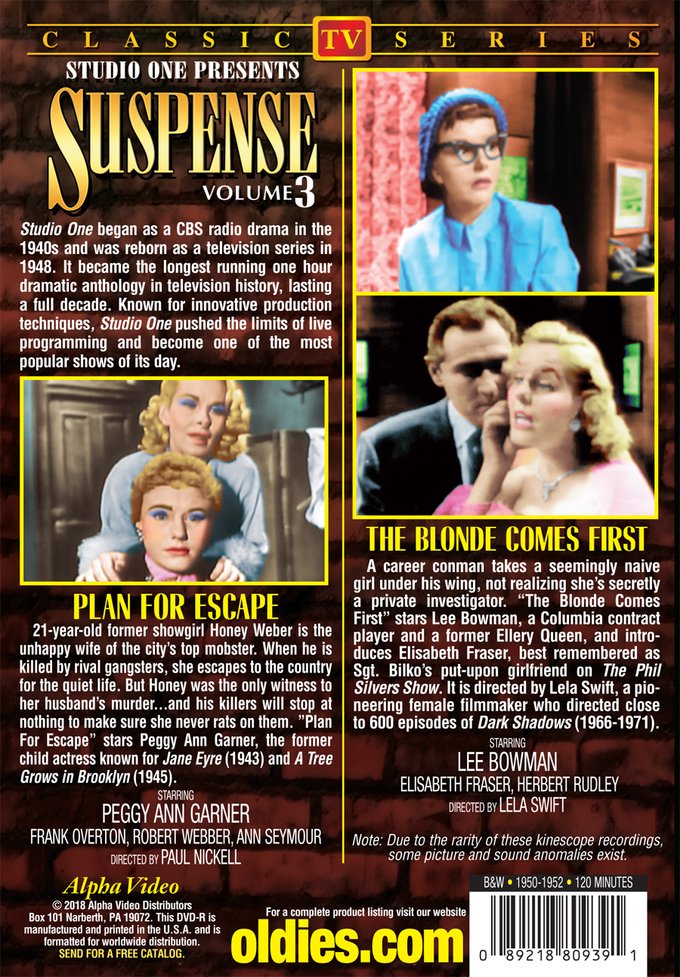 Studio One began as a CBS radio drama in the 1940s and was reborn as a television series in 1948. It became the longest running one hour dramatic anthology in television history, lasting a full decade. Known for innovative production techniques, Studio One pushed the limits of live programming and become one of the most popular shows of its day.

PLAN FOR ESCAPE: 21-year-old former showgirl Honey Weber is the unhappy wife of the city's top mobster. When he is killed by rival gangsters, she escapes to the country for the quiet life. But Honey was the only witness to her husband's murder...and his killers will stop at nothing to make sure she never rats on them. "Plan For Escape" stars Peggy Ann Garner, the former child actress known for Jane Eyre (1943) and A Tree Grows in Brooklyn (1945).

THE BLONDE COMES FIRST: A career conman takes a seemingly naive girl under his wing, not realizing she's secretly a private investigator. "The Blonde Comes First" stars Lee Bowman, a Columbia contract player and a former Ellery Queen, and introduces Elisabeth Fraser, best remembered as Sgt. Bilko's put-upon girlfriend on The Phil Silvers Show. It is directed by Lela Swift, a pioneering female filmmaker who directed close to 600 episodes of Dark Shadows (1966-1971).