A Promise to Murder

A strange little man predicts the deaths of a wealthy English family. With "The Fifth Wheel", also starring Peter Lorre. 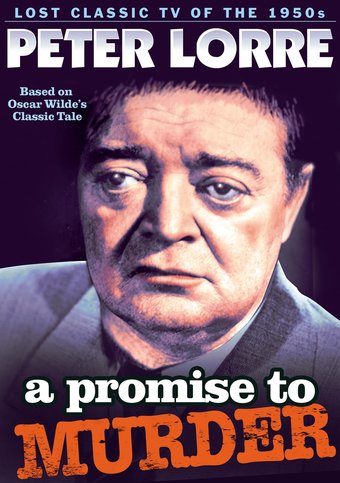 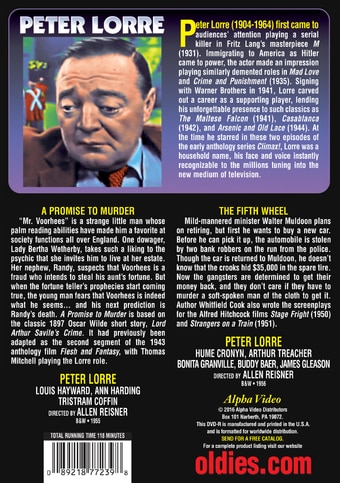 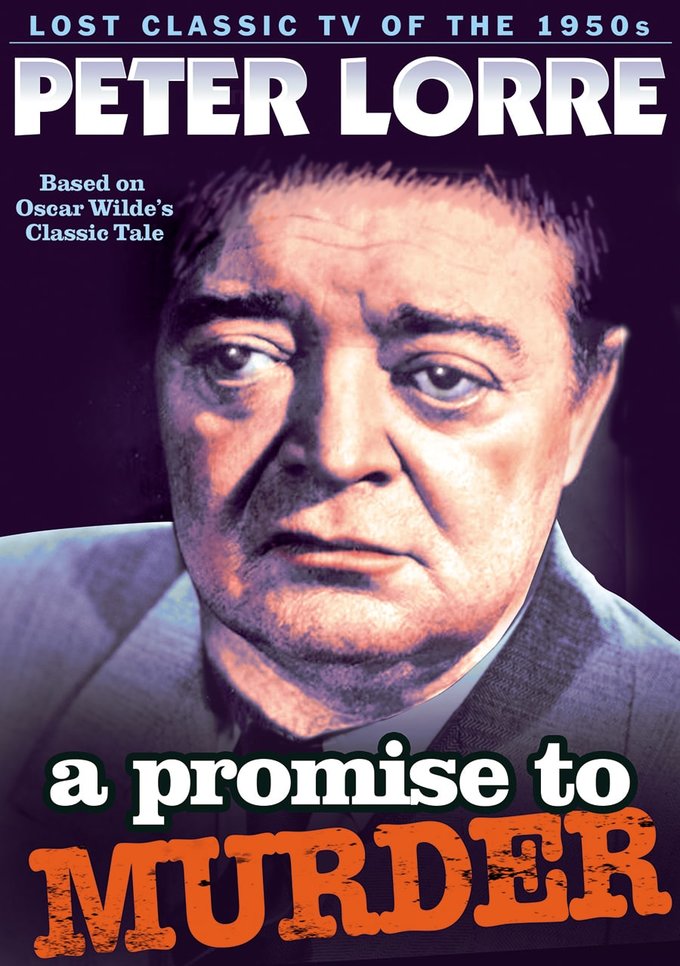 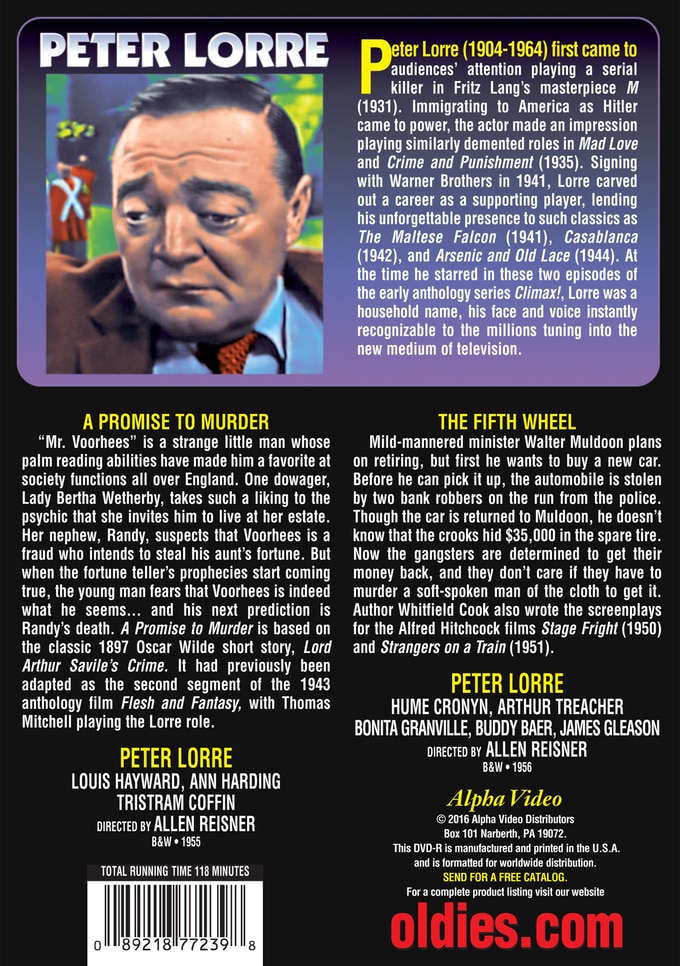 Peter Lorre (1904-1964) first came to audiences' attention playing a serial killer in Fritz Lang's masterpiece M (1931). Immigrating to America as Hitler came to power, the actor made an impression playing similarly demented roles in Mad Love and Crime and Punishment (1935). Signing with Warner Brothers in 1941, Lorre carved out a career as a supporting player, lending his unforgettable presence to such classics as The Maltese Falcon (1941), Casablanca (1942), and Arsenic and Old Lace (1944). At the time he starred in these two episodes of the early anthology series Climax!, Lorre was a household name, his face and voice instantly recognizable to the millions tuning into the new medium of television.

A Promise To Murder (1955): "Mr. Voorhees" is a strange little man whose palm reading abilities have made him a favorite at society functions all over England. One dowager, Lady Bertha Wetherby, takes such a liking to the psychic that she invites him to live at her estate. Her nephew, Randy, suspects that Voorhees is a fraud who intends to steal his aunt's fortune. But when the fortune teller's prophecies start coming true, the young man fears that Voorhees is indeed what he seems...and his next prediction is Randy's death. "A Promise to Murder" is based on the classic 1897 Oscar Wilde short story, "Lord Arthur Savile's Crime". It had previously been adapted as the second segment of the 1943 anthology film Flesh and Fantasy, with Thomas Mitchell playing the Lorre role.

THE FIFTH WHEEL (1956): Mild-mannered minister Walter Muldoon plans on retiring, but first he wants to buy a new car. Before he can pick it up, the automobile is stolen by two bank robbers on the run from the police. Though the car is returned to Muldoon, he doesn't know that the crooks hid $35,000 in the spare tire. Now the gangsters are determined to get their money back, and they don't care if they have to murder a soft-spoken man of the cloth to get it. Author Whitfield Cook also wrote the screenplays for the Alfred Hitchcock films Stage Fright (1950) and Strangers on a Train (1951).