Horror legend Boris Karloff stars in this rarely-seen tale of an elderly Sherlock Holmes. Plus bonus episode of "Thriller." 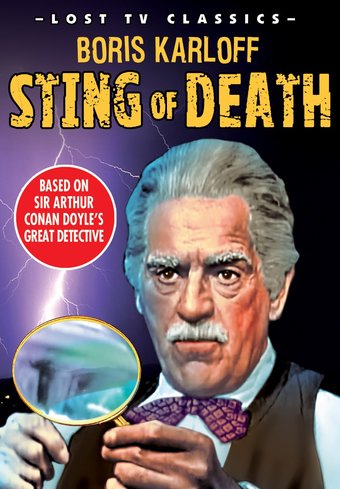 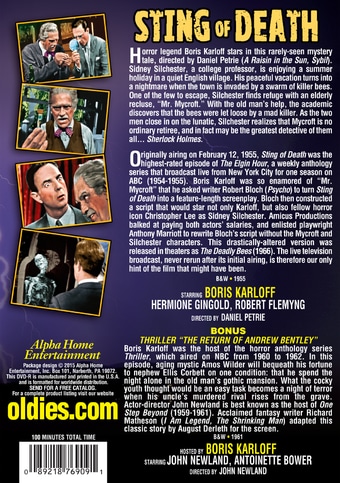 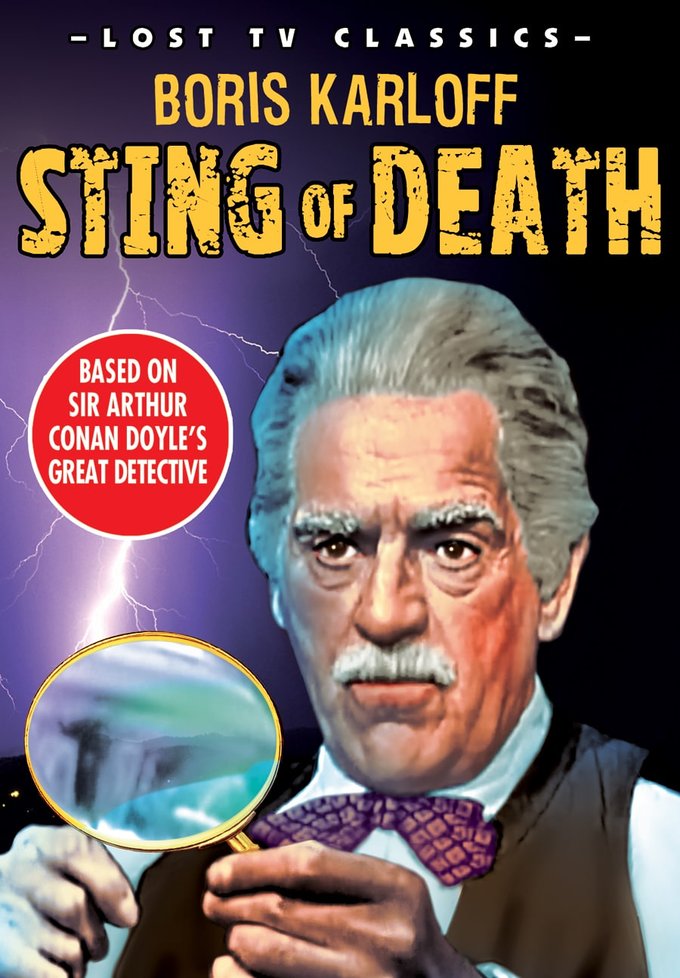 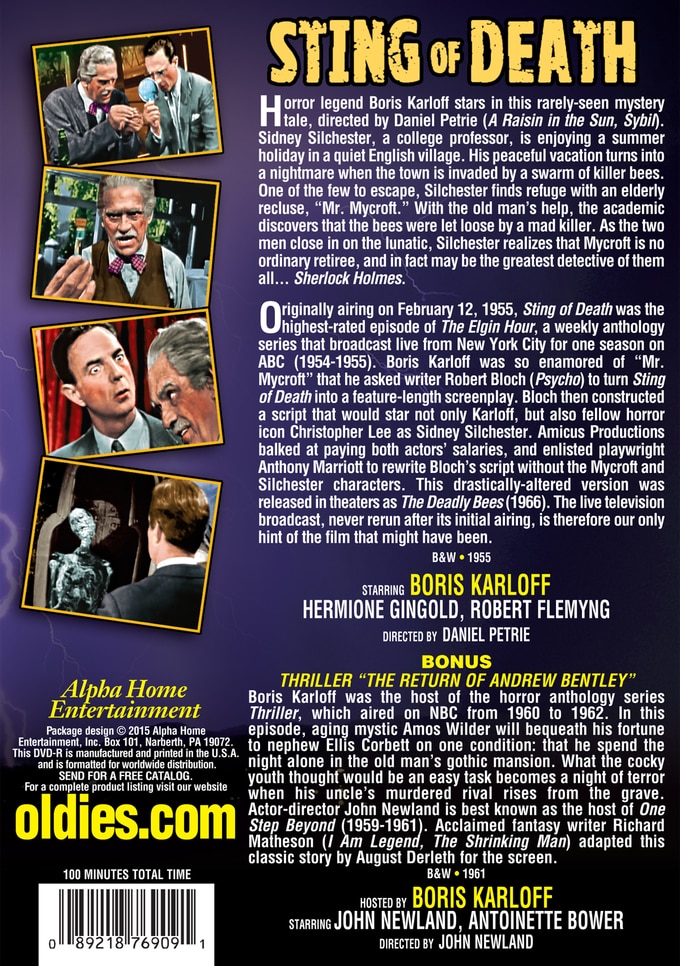 Horror legend Boris Karloff stars in this rarely-seen mystery tale, directed by Daniel Petrie (A Raisin in the Sun, Sybil) . Sidney Silchester, a college professor, is enjoying a summer holiday in a quiet English village. His peaceful vacation turns into a nightmare when the town is invaded by a swarm of killer bees. One of the few to escape, Silchester finds refuge with an elderly recluse, "Mr. Mycroft". With the old man's help, the academic discovers that the bees were let loose by a mad killer. As the two men close in on the lunatic, Silchester realizes that Mycroft is no ordinary retiree, and in fact may be the greatest detective of them all... Sherlock Holmes.

Originally airing on February 12, 1955, Sting of Death was the highest-rated episode of The Elgin Hour, a weekly anthology series that broadcast live from New York City for one season on ABC (1954-1955). Boris Karloff was so enamored of "Mr. Mycroft" that he asked writer Robert Bloch (Psycho) to turn Sting of Death into a feature-length screenplay. Bloch then constructed a script that would star not only Karloff, but also fellow horror icon Christopher Lee as Sidney Silchester. Amicus Productions balked at paying both actors' salaries, and enlisted playwright Anthony Marriott to rewrite Bloch's script without the Mycroft and Silchester characters. This drastically-altered version was released in theaters as The Deadly Bees (1966). The live television broadcast, never rerun after its initial airing, is therefore our only hint of the film that might have been.

PLUS: THRILLER "The Return Of Andrew Bentley" (BW, 1961): Boris Karloff was the host of the horror anthology series Thriller, which aired on NBC from 1960 to 1962. In this episode, aging mystic Amos Wilder will bequeath his fortune to nephew Ellis Corbett on one condition: That he spend the night alone in the old man's gothic mansion. What the cocky youth thought would be an easy task becomes a night of terror when his uncle's murdered rival rises from the grave. Actor-director John Newland is best known as the host of One Step Beyond (1959-1961). Acclaimed fantasy writer Richard Matheson (I Am Legend, The Shrinking Man) adapted this classic story by August Derleth for the screen.