Studio One Presents Suspense, Volume 2 (The Man Who Had Influence / Flowers From a Stranger)

Two tales of murder and mystery from the Studio One dramatic anthology television series, featuring some of Hollywood's biggest names in early roles. 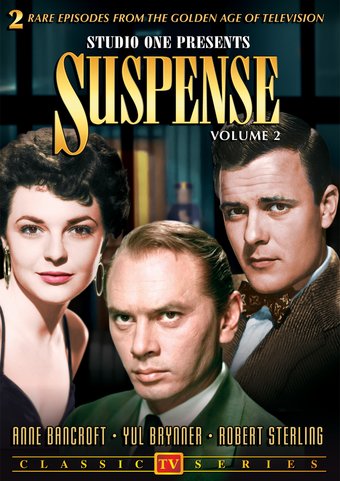 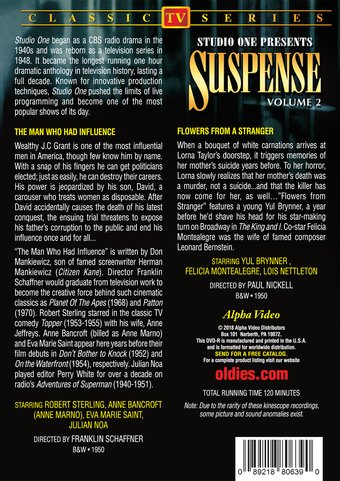 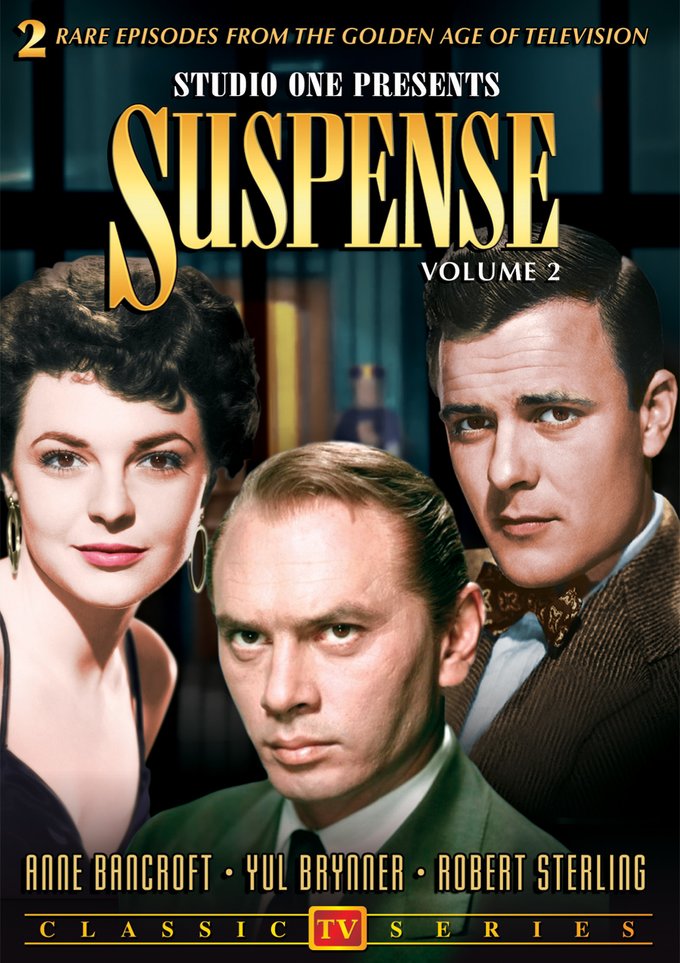 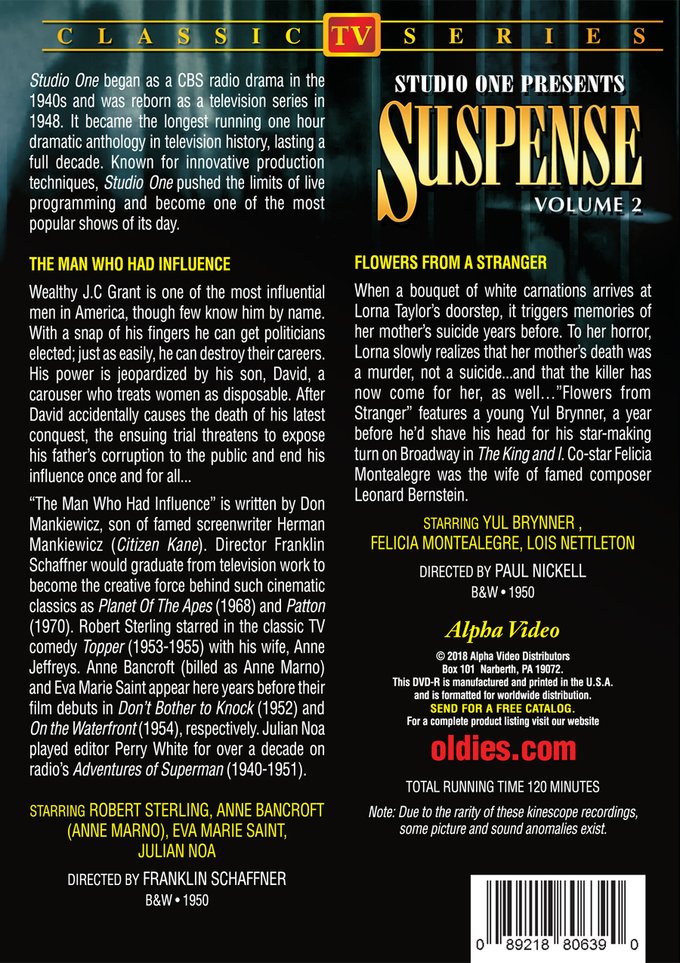 Studio One began as a CBS radio drama in the 1940s and was reborn as a television series in 1948. It became the longest running one hour dramatic anthology in television history, lasting a full decade. Known for innovative production techniques, Studio One pushed the limits of live programming and become one of the most popular shows of its day.

THE MAN WHO HAD INFLUENCE: Wealthy J.C Grant is one of the most influential men in America, though few know him by name. With a snap of his fingers he can get politicians elected; just as easily, he can destroy their careers. His power is jeopardized by his son, David, a carouser who treats women as disposable. After David accidentally causes the death of his latest conquest, the ensuing trial threatens to expose his father's corruption to the public and end his influence once and for all...

"The Man Who Had Influence" is written by Don Mankiewicz, son of famed screenwriter Herman Mankiewicz (Citizen Kane). Director Franklin Schaffner would graduate from television work to become the creative force behind such cinematic classics as Planet Of The Apes (1968) and Patton (1970). Robert Sterling starred in the classic TV comedy Topper (1953-1955) with his wife, Anne Jeffreys. Anne Bancroft (billed as Anne Marno) and Eva Marie Saint appear here years before their film debuts in Don't Bother to Knock (1952) and On the Waterfront (1954), respectively. Julian Noa played editor Perry White for over a decade on radio's Adventures of Superman (1940-1951).

FLOWERS FROM A STRANGER: When a bouquet of white carnations arrives at Lorna Taylor's doorstep, it triggers memories of her mother's suicide years before. To her horror, Lorna slowly realizes that her mother's death was a murder, not a suicide...and that the killer has now come for her, as well…"Flowers from Stranger" features a young Yul Brynner, a year before he'd shave his head for his star-making turn on Broadway in The King and I. Co-star Felicia Montealegre was the wife of famed composer Leonard Bernstein.