Four rare shows from the Golden Age of TV anthology drama, all with big Hollywood stars! 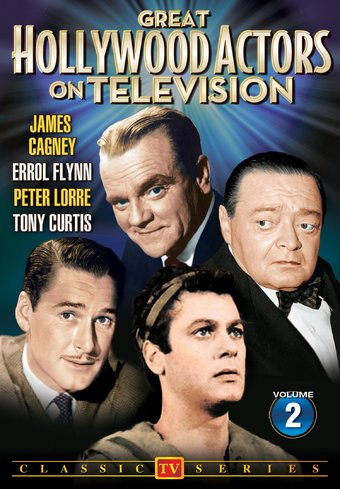 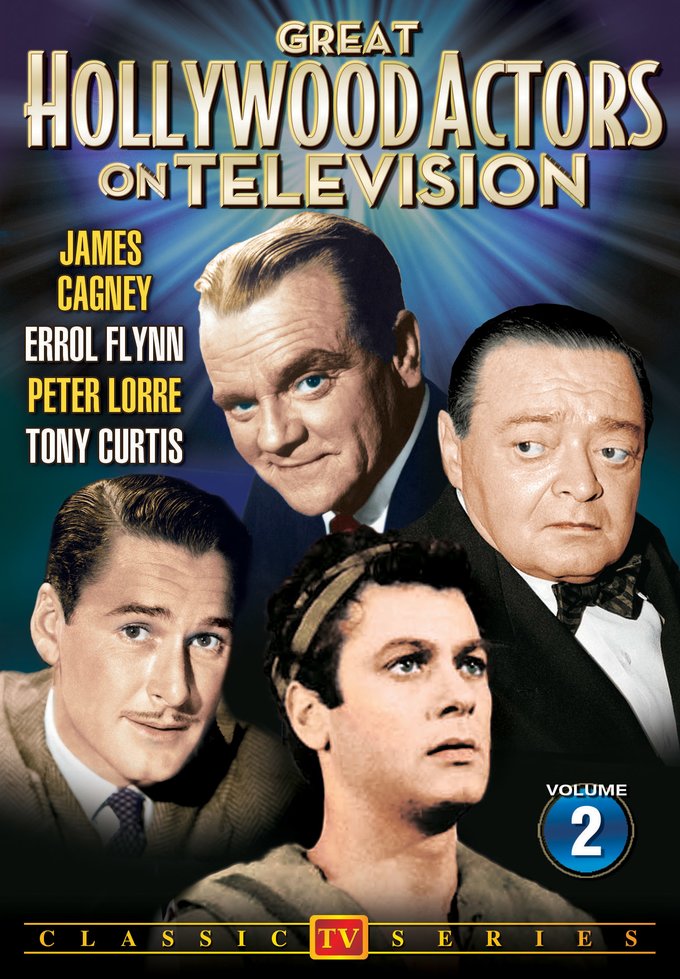 THE STAR AND THE STORY "THE BLUE LANDSCAPE" (1955): Peter Lorre plays a police inspector investigating the disappearance of a famous painting, "The Blue Landscape", which was stolen and replaced with a forgery. The case takes a grisly turn when the forger is found with a knife in his back. Lorre made this episode of The Star and the Story shortly after appearing in the big-budget Disney adaptation of 20,000 Leagues Under the Sea (1954). Co-star Hillary Brooke is best known as straight woman to Abbott and Costello in the syndicated television series The Abbott and Costello Show (1952-1954) as well as two of their motion pictures, Africa Screams (1949) and Abbott and Costello Meet Captain Kidd (1952). Also appearing is Lorre's first wife, Celia Lovsky (best remembered as T'Pau in the classic Star Trek episode "Amok Time.")

ERROL FLYNN THEATRE "RESCUED" (1953): When an English Lord is captured by enemies of the King, heroic Captain Morton (Errol Flynn) and his men come to the rescue. Errol Flynn Theatre was shot in England for the American market, with each episode featuring the iconic leading man in a different role. Co-star Andrew Keir played Professor Bernard Quatermass in Five Million Years to Earth (1967).

THE CHRISTOPHERS "A LINK IN THE CHAIN" (1957): James Cagney made his first appearance on television in this episode of the religious program The Christophers. Cagney plays a college professor on the verge of retirement who believes he's accomplished nothing with his life. Through a series of flashbacks, we are shown just how much of an impact he really had on his students' lives. The Christophers TV series began on ABC in 1952, and still airs on local cable stations to this day as Christopher Closeup.

G.E. THEATRE "THE STONE" (1959): On January 18, 1959, G.E. Theatre presented "The Stone", a retelling of the Old Testament story of David and Goliath. Tony Curtis plays David, a little more than two months before his most popular film, Some Like It Hot (1959) premiered in theaters. A young Rita Moreno appears three years before her Academy Award-winning turn in West Side Story (1962). Pernell Roberts will forever be remembered as Adam Cartwright on Bonanza (1959-1965) and the star of the M*A*S*H spin-off Trapper John, M.D. (1979-1986). The booming voice of Goliath is provided by Thurl Ravenscroft (the voice of Tony the Tiger and the singer of "You're a Mean One, Mr. Grinch" in The Grinch Who Stole Christmas.)