19 episodes of this beloved cartoon classic about the adventures of a neighborhood kids’ club, for the first time on DVD! 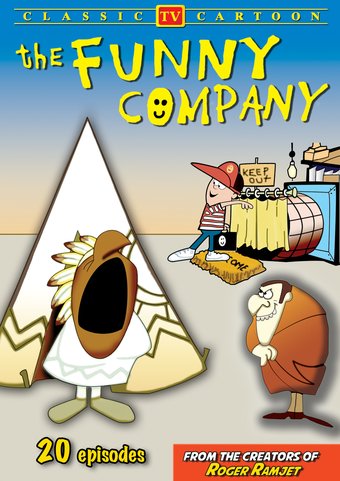 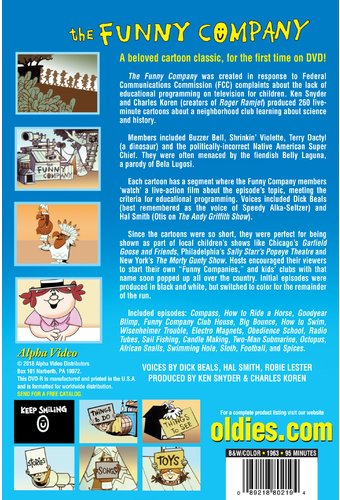 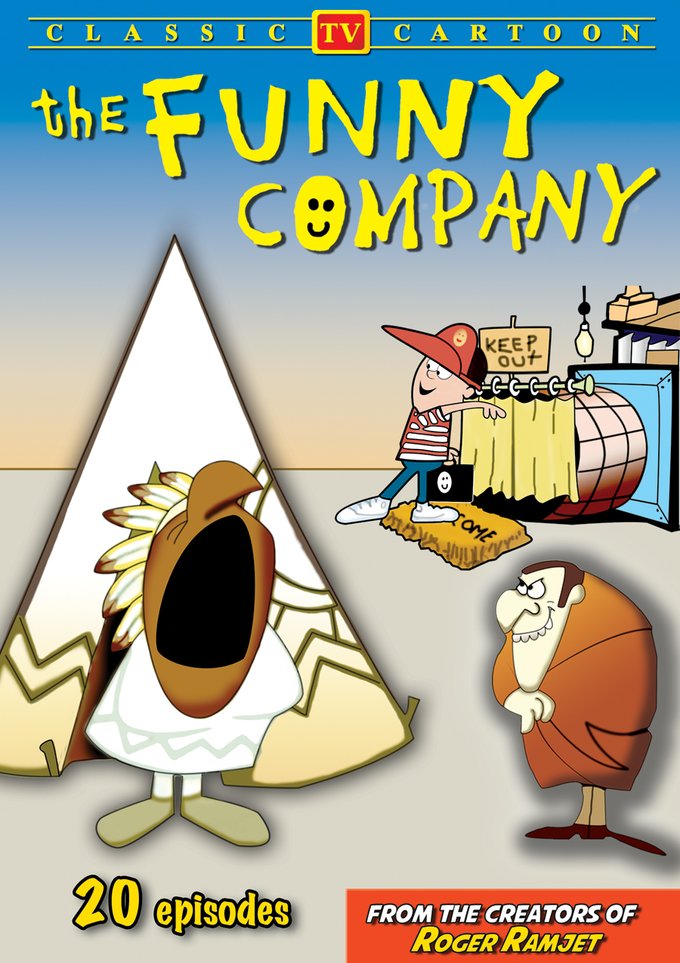 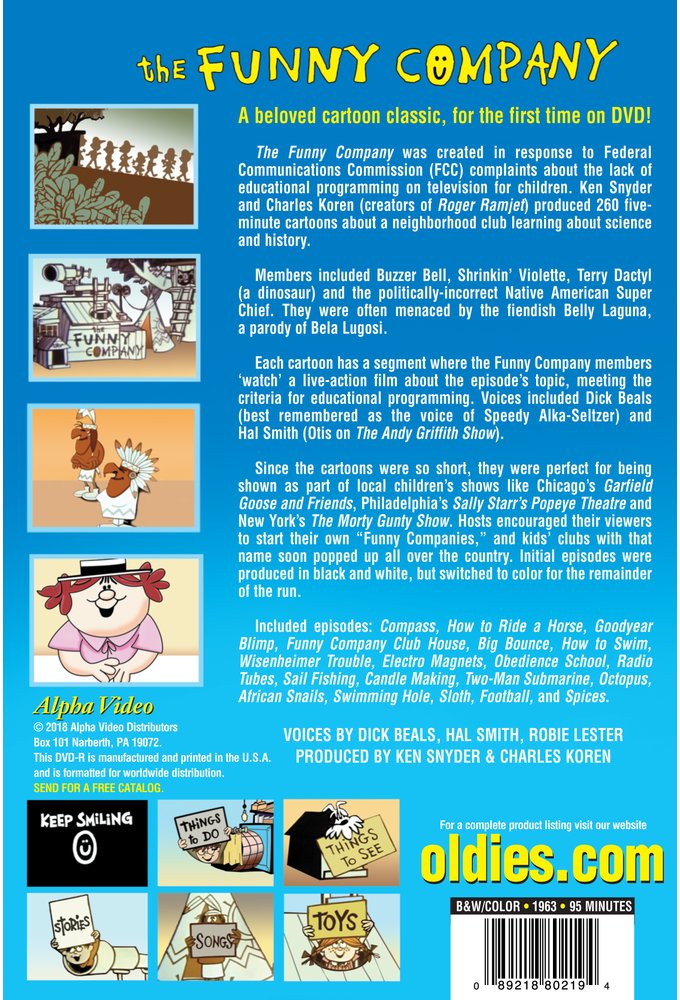 The Funny Company was created in response to Federal Communications Commission (FCC) complaints about the lack of educational programming on television for children. Ken Snyder and Charles Koren (creators of Roger Ramjet) produced 260 five-minute cartoons about a neighborhood kids’ club learning about science and history. Members included Buzzer Bell, Shrinkin’ Violette, Terry Dactyl (a dinosaur) and the politically-incorrect Native American Super Chief. They were often menaced by the fiendish Belly Laguna, a parody of Bela Lugosi. Each cartoon has a segment where the Funny Company members ‘watch’ a live-action film about the episode’s topic, meeting the criteria for educational programming. Voices included Dick Beals (best remembered as the voice of Speedy Alka-Seltzer) and Hal Smith (Otis on The Andy Griffith Show). Since the cartoons were so short, they were perfect for being shown as part of local children’s shows like Chicago’s Garfield Goose and Friends, Philadelphia’s Sally Starr’s Popeye Theatre and New York’s The Morty Gunty Show. Hosts encouraged their viewers to start their own “Funny Companies”, and kids’ clubs with that name soon popped up all over the country. Initial episodes were produced in black and white, but switched to color for the remainder of the run.

Cartoons
This product is made-on-demand by the manufacturer using DVD-R recordable media. Almost all DVD players can play DVD-Rs (except for some older models made before 2000) - please consult your owner's manual for formats compatible with your player. These DVD-Rs may not play on all computers or DVD player/recorders. To address this, the manufacturer recommends viewing this product on a DVD player that does not have recording capability.