The first cinematic version of Jules Verne's classic, fantastic tale of undersea adventures of Captain Nemo and his submarine, The Nautilus. 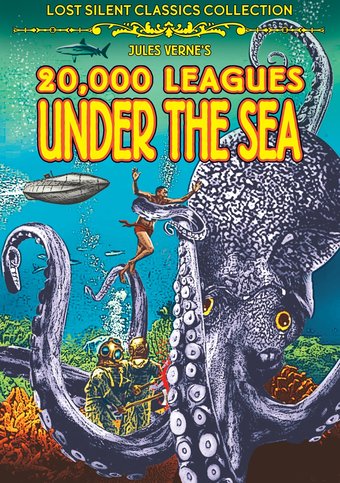 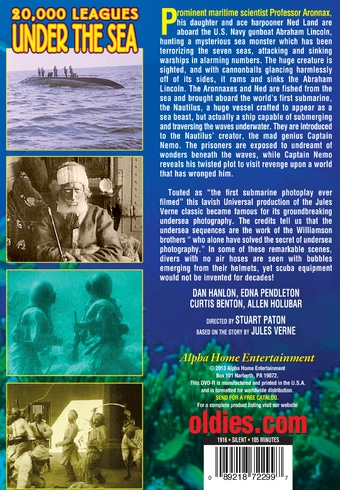 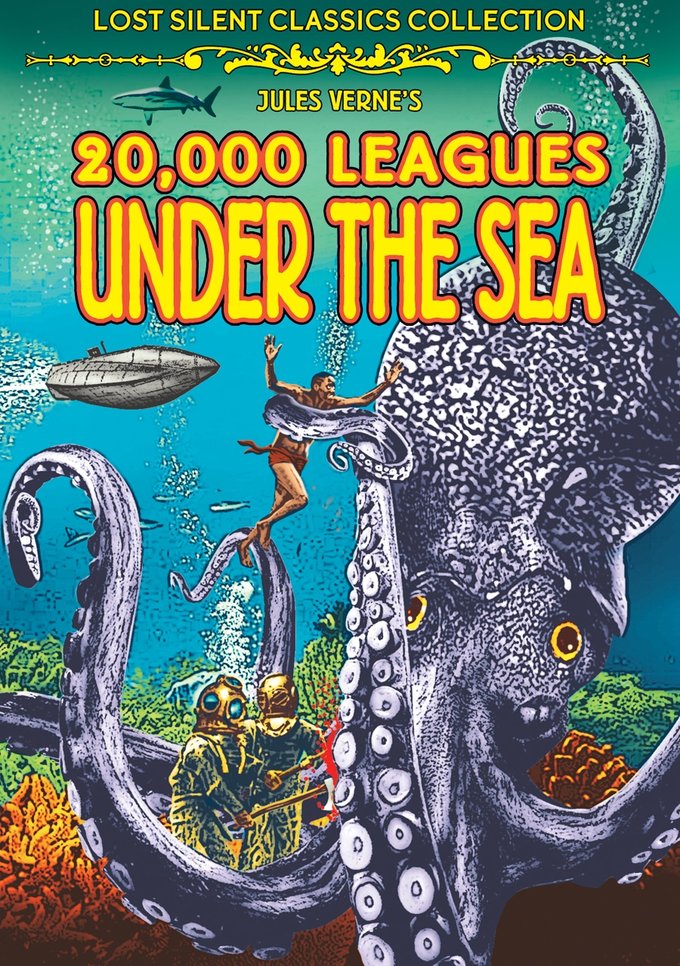 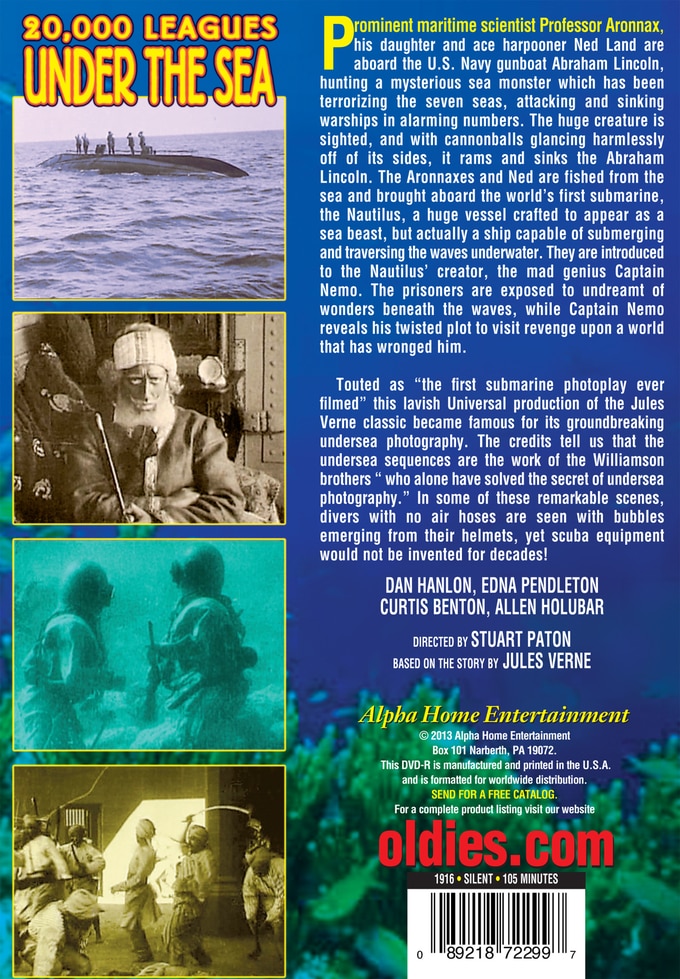 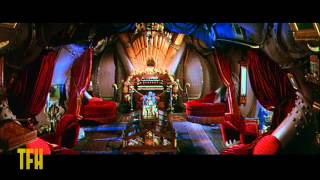 Mick Garris on 20,000 LEAGUES UNDER THE SEA (Featurette)

Prominent maritime scientist Professor Aronnax, his daughter and ace harpooner Ned Land are aboard the U.S. Navy gunboat Abraham Lincoln, hunting a mysterious sea monster which has been terrorizing the seven seas, attacking and sinking warships in alarming numbers. The huge creature is sighted, and with cannonballs glancing harmlessly off of its sides, it rams and sinks the Abraham Lincoln. The Aronnaxes and Ned are fished from the sea and brought aboard the world's first submarine, the Nautilus, a huge vessel crafted to appear as a sea beast, but actually a ship capable of submerging and traversing the waves underwater. They are introduced to the Nautilus' creator, the mad genius Captain Nemo. The prisoners are exposed to undreamt of wonders beneath the waves, while Captain Nemo reveals his twisted plot to visit revenge upon a world that has wronged him.

Touted as "the first submarine photoplay ever filmed" this lavish Universal production of the Jules Verne classic became famous for its groundbreaking undersea photography. The credits tell us that the undersea sequences are the work of the Williamson brothers " who alone have solved the secret of undersea photography." In some of these remarkable scenes, divers with no air hoses are seen with bubbles emerging from their helmets, yet scuba equipment would not be invented for decades!

Adventure | High Seas | Science-Fiction | Silent | Vintage | Undersea
This product is made-on-demand by the manufacturer using DVD-R recordable media. Almost all DVD players can play DVD-Rs (except for some older models made before 2000) - please consult your owner's manual for formats compatible with your player. These DVD-Rs may not play on all computers or DVD player/recorders. To address this, the manufacturer recommends viewing this product on a DVD player that does not have recording capability.

19%off
Journey to the Center of the Earth
$12.20 Super Savings
Add to Cart