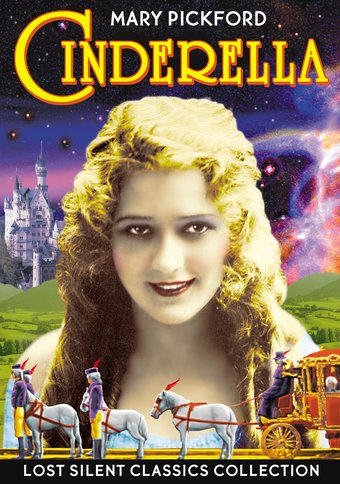 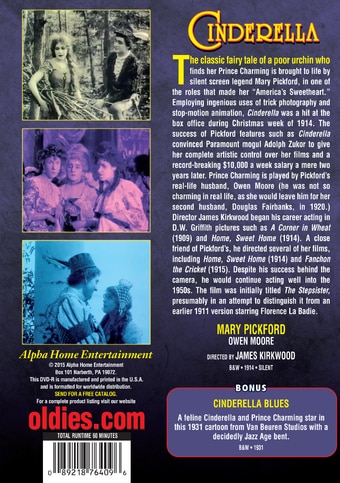 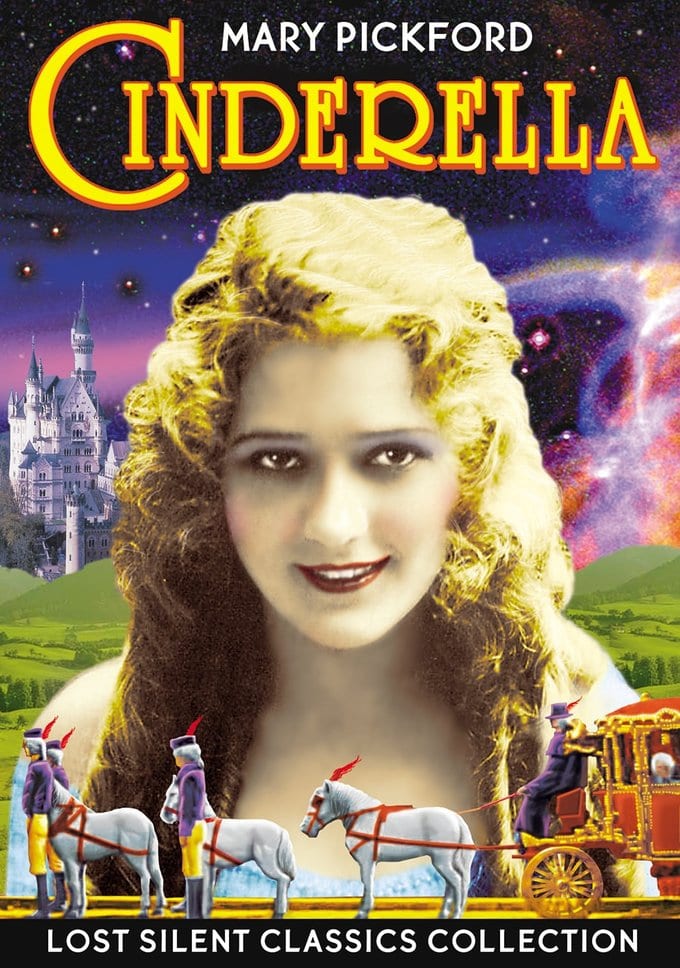 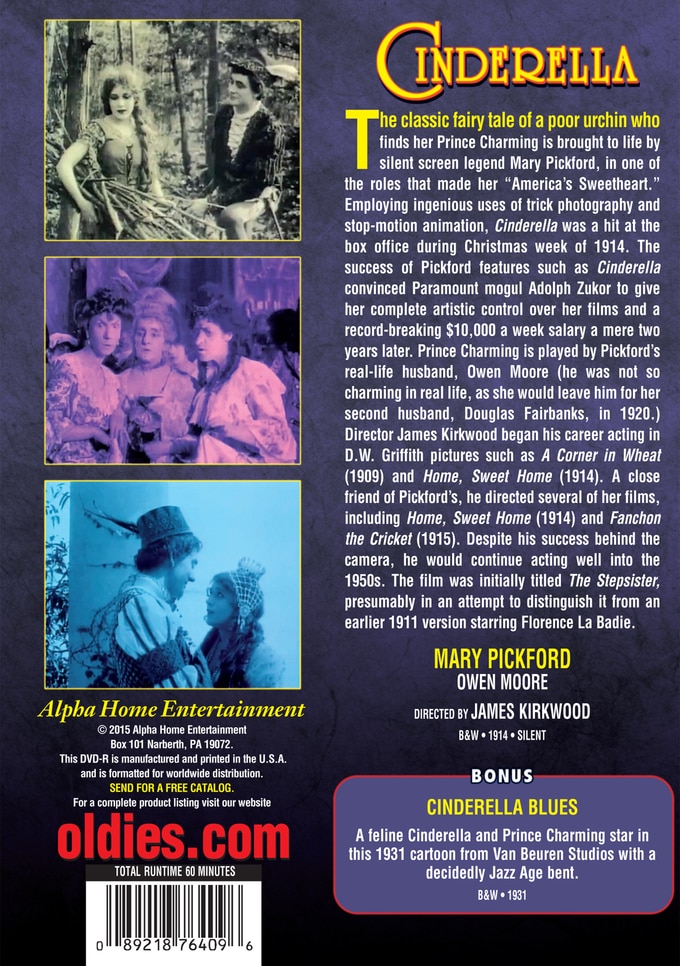 The classic fairy tale of a poor urchin who finds her Prince Charming is brought to life by silent screen legend Mary Pickford, in one of the roles that made her "America's Sweetheart." Employing ingenious uses of trick photography and stop-motion animation, Cinderella was a hit at the box office during Christmas week of 1914. The success of Pickford features such as Cinderella convinced Paramount mogul Adolph Zukor to give her complete artistic control over her films and a record-breaking $10,000 a week salary a mere two years later. Prince Charming is played by Pickford's real-life husband, Owen Moore (he was not so charming in real life, as she would leave him for her second husband, Douglas Fairbanks, in 1920.) Director James Kirkwood began his career acting in D.W. Griffith pictures such as A Corner in Wheat (1909) and Home, Sweet Home (1914). A close friend of Pickford's, he directed several of her films, including Home, Sweet Home (1914) and Fanchon the Cricket (1915). Despite his success behind the camera, he would continue acting well into the 1950s. The film was initially titled The Stepsister, presumably in an attempt to distinguish it from an earlier 1911 version starring Florence La Badie.

Fantasy | Romance | Silent | Magic
This product is made-on-demand by the manufacturer using DVD-R recordable media. Almost all DVD players can play DVD-Rs (except for some older models made before 2000) - please consult your owner's manual for formats compatible with your player. These DVD-Rs may not play on all computers or DVD player/recorders. To address this, the manufacturer recommends viewing this product on a DVD player that does not have recording capability.