Haxan: Witchcraft Through the Ages (Silent)

The perverse history of sorcery and magic is detailed in this startling silent horror classic. 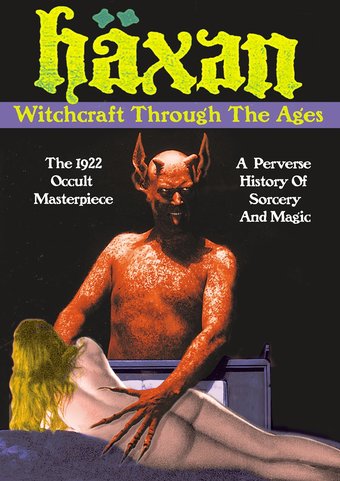 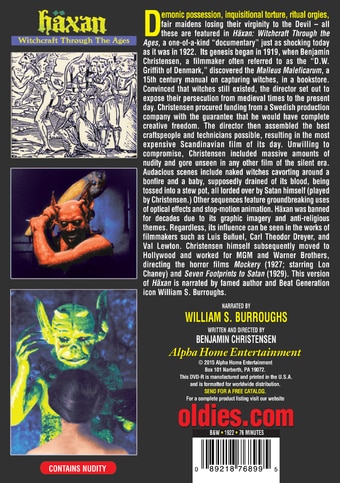 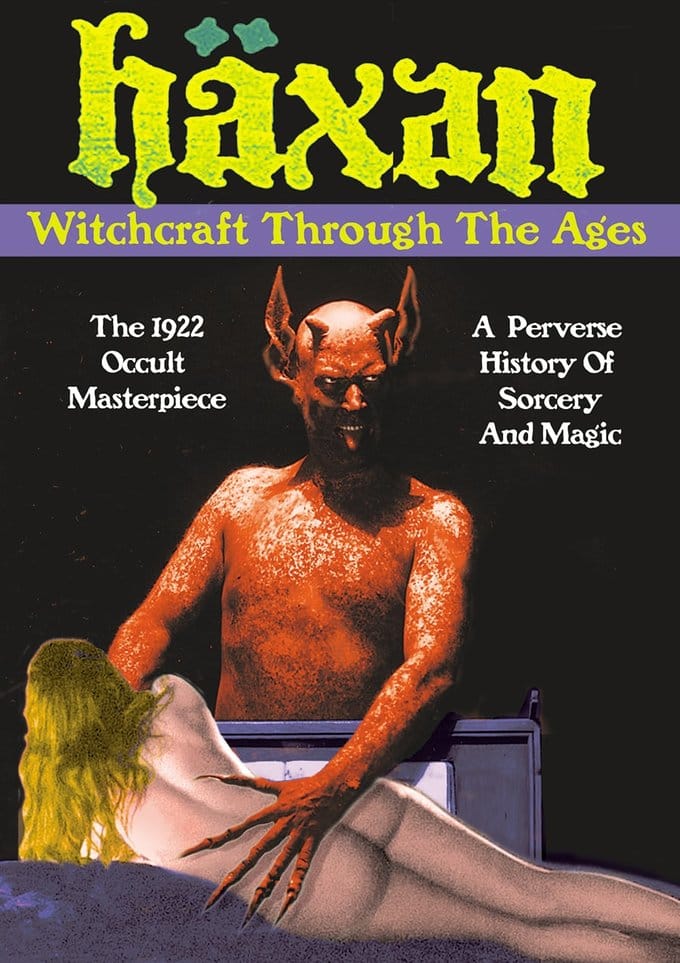 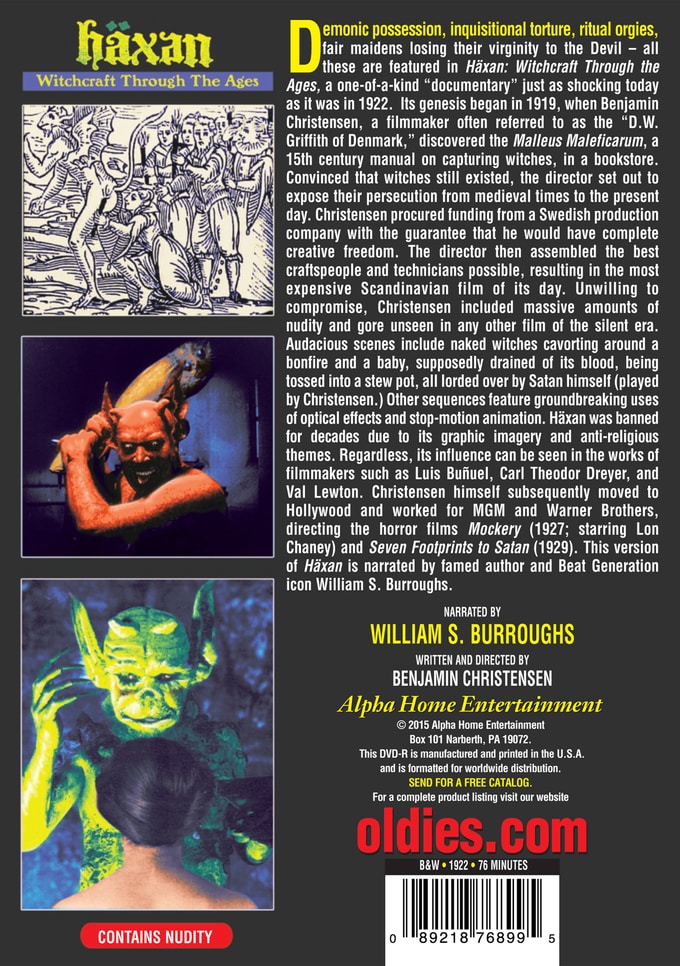 Demonic possession, inquisitional torture, ritual orgies, fair maidens losing their virginity to the Devil -- All these are featured in Häxan: Witchcraft Through the Ages, a one-of-a-kind "documentary" just as shocking today as it was in 1922. Its genesis began in 1919, when Benjamin Christensen, a filmmaker often referred to as the "D.W. Griffith of Denmark", discovered the Malleus Maleficarum, a 15th century manual on capturing witches, in a bookstore. Convinced that witches still existed, the director set out to expose their persecution from medieval times to the present day. Christensen procured funding from a Swedish production company with the guarantee that he would have complete creative freedom. The director then assembled the best craftspeople and technicians possible, resulting in the most expensive Scandinavian film of its day. Unwilling to compromise, Christensen included massive amounts of nudity and gore unseen in any other film of the silent era. Audacious scenes include naked witches cavorting around a bonfire and a baby, supposedly drained of its blood, being tossed into a stew pot, all lorded over by Satan himself (played by Christensen.) Other sequences feature groundbreaking uses of optical effects and stop-motion animation. Häxan was banned for decades due to its graphic imagery and anti-religious themes. Regardless, its influence can be seen in the works of filmmakers such as Luis Buñuel, Carl Theodor Dreyer, and Val Lewton. Christensen himself subsequently moved to Hollywood and worked for MGM and Warner Brothers, directing the horror films Mockery (1927; starring Lon Chaney) and Seven Footprints to Satan (1929). This version of Häxan is narrated by famed author and Beat Generation icon William S. Burroughs.

Demonic Possession | Occult | Vintage | Witches And Wizards
This product is made-on-demand by the manufacturer using DVD-R recordable media. Almost all DVD players can play DVD-Rs (except for some older models made before 2000) - please consult your owner's manual for formats compatible with your player. These DVD-Rs may not play on all computers or DVD player/recorders. To address this, the manufacturer recommends viewing this product on a DVD player that does not have recording capability.