The Wizard of Oz Collection (Silent)

A collection of four rare "Wizard Of Oz" features from the earliest days of Hollywood production. 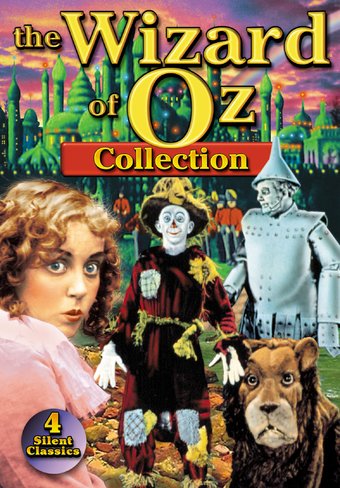 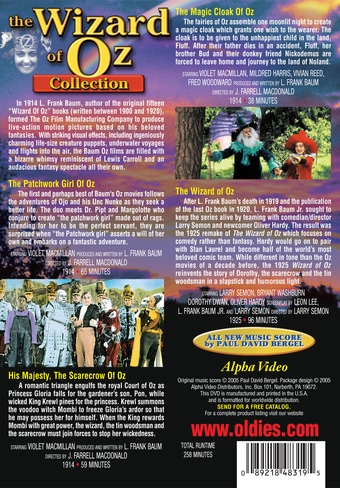 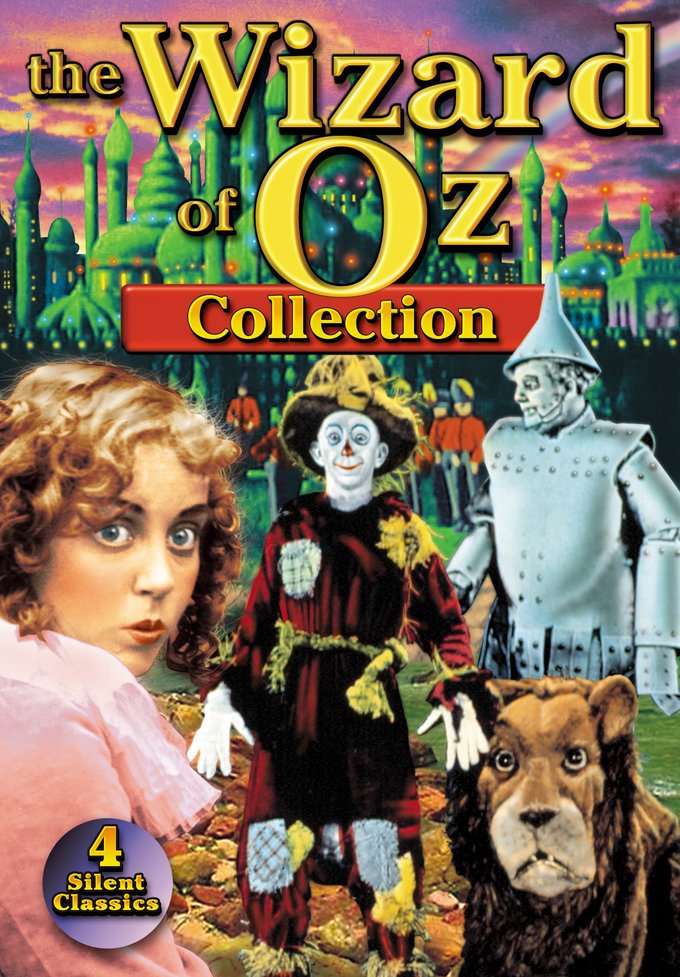 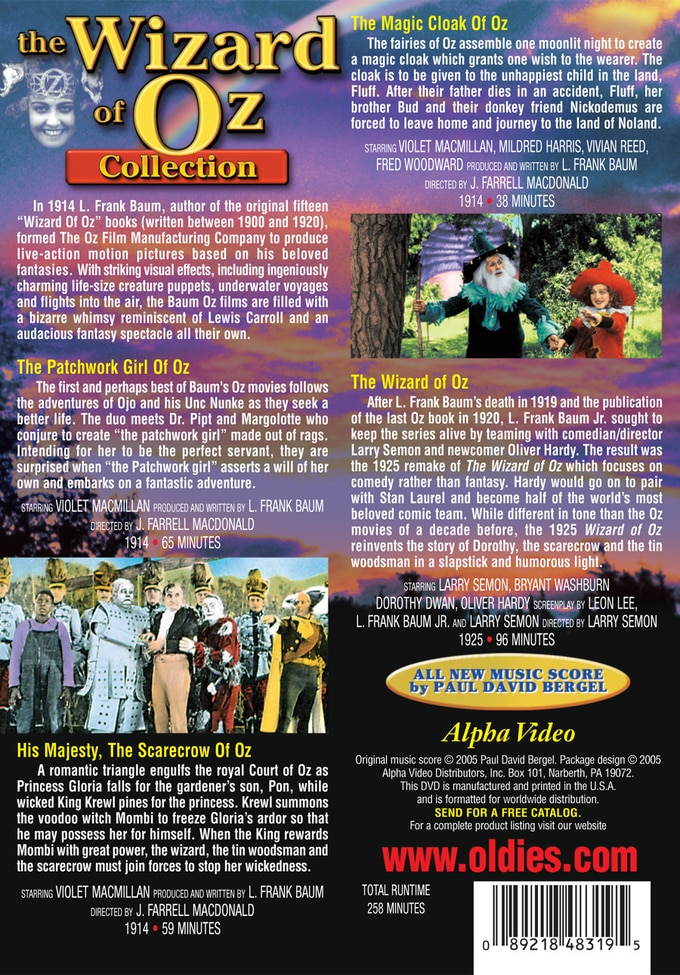 In 1914 L. Frank Baum, author of the original fifteen Wizard Of Oz books (written between 1900 and 1920), formed The Oz Film Manufacturing Company to produce live-action motion pictures based on his beloved fantasies. With striking visual effects, including ingeniously charming life-size creature puppets, underwater voyages and flights into the air, the Baum Oz films are filled with a bizarre whimsy reminiscent of Lewis Carroll and an audacious fantasy spectacle all their own.

This long forgotten version of the now famous tale has been done in a surrealistic setting and has used a few different names, but the story remains the same as a curio and a treat. Silent film with music score.

The original screen rendering of the Baum classic.
Framed around an aging toy builder, this tale follows young Dorothy on her journey to Oz. En route the magical land, she meets such colorful and eccentric characters as The Scarecrow, Countess Vishus and, of course, The Wizard himself!

The Witches of Oz
$13.10 Super Savings
Add to Cart

Customer Rating:
Based on 37 ratings.


Great collection of silent films. I don't enjoy the last one, But the first 3 are great. "The Patchwork Girl of Oz" is quite charming!


If you never buy another movie or, if you have never seen a silent movie, then you owe it to yourself to get this great collection. I think what makes these films so wonderful is the fact that 3 of them were acutaly directed by L. Frank Baum, The author of The Oz books, through his Oz Motion Picture Company. Sadly Baum never filmed, "The Wizard of OZ," that was left to Larry Seaman. Of the 4 Oz movies in this collection my least favorite is "The Wizaed of Oz" There is nothing to it that even resembles "The Wizard of Oz." But it is worth watching if only just for film history alone.

I hope that Alpha & Nina's will continue to bring us these classic gems from the early years of motion pictures.