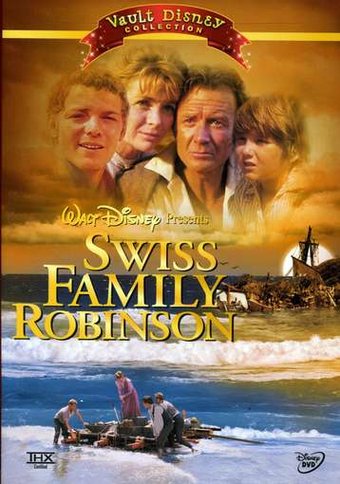 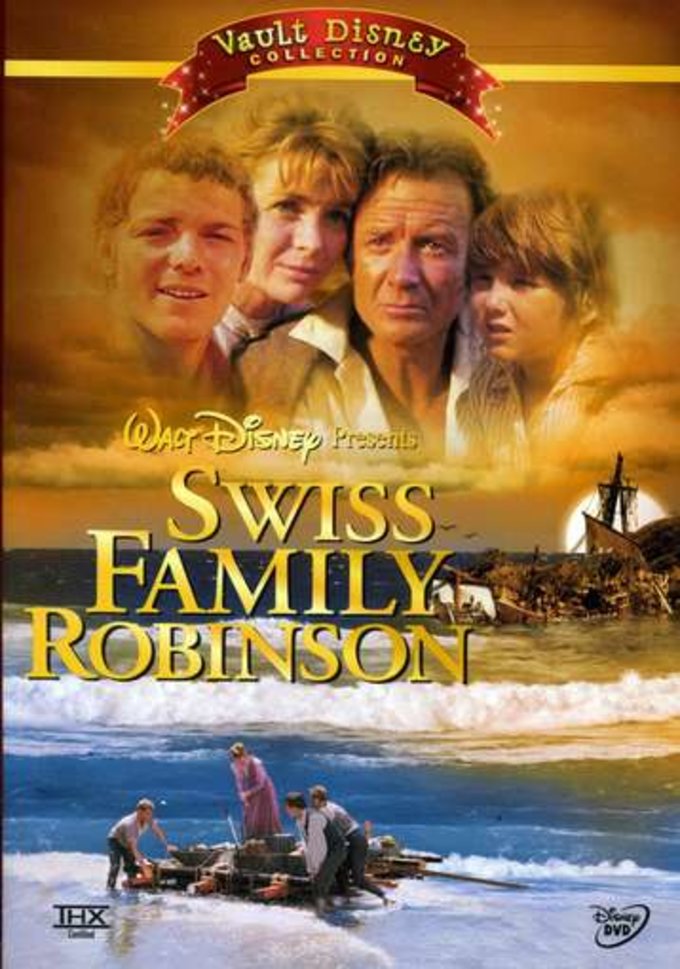 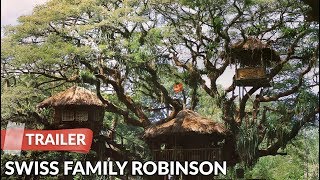 Fleeing from Napoleonic oppression, the Robinson family get shipwrecked and marooned on an island inhabited by tigers, elephants and zebras. They soon feel at home, once their majestic tree house--complete with running water--is set up. However, the Robinson's must face a danger even greater than nature: treacherous pirates!

Swiss Family Robinson
One of Disney's biggest and most fondly remembered hits, the spectacular screen version of the literary classic SWISS FAMILY ROBINSON is full of breathtaking South Seas scenery, hundreds of exotic animals, and treacherous pirates. This heroic tale chronicles the courageous exploits of the Robinson family after they are shipwrecked on a deserted island. Using teamwork and ingenuity, they skillfully overcome the obstacles of nature and transform their new home into a "civilized" community. But the ultimate challenge lies ahead when a band of cutthroat pirates threaten to destroy the Robinson's Makeshift paradise. Capture the thrills, romance, and fun of this unforgettable Disney film!

16%off
Adventures of the Wilderness Family Triple Feature (The...
$8.40 Super Savings
Add to Cart