A series of grisly murders occur on the estate on a once noble Irish family in the early directorial work of Francis Ford Coppola. 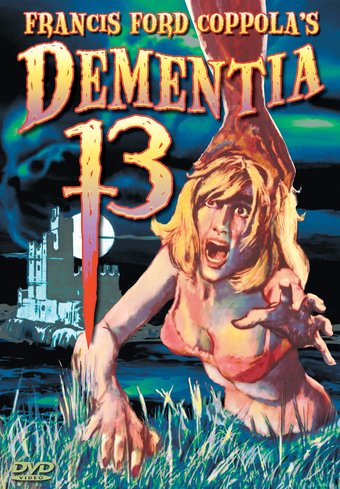 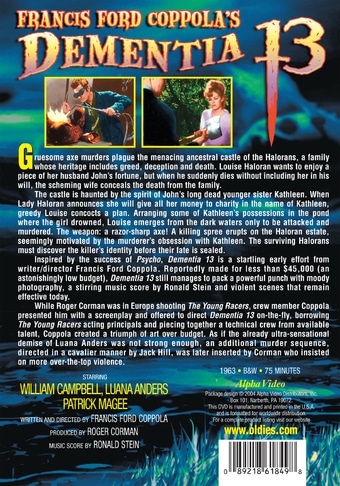 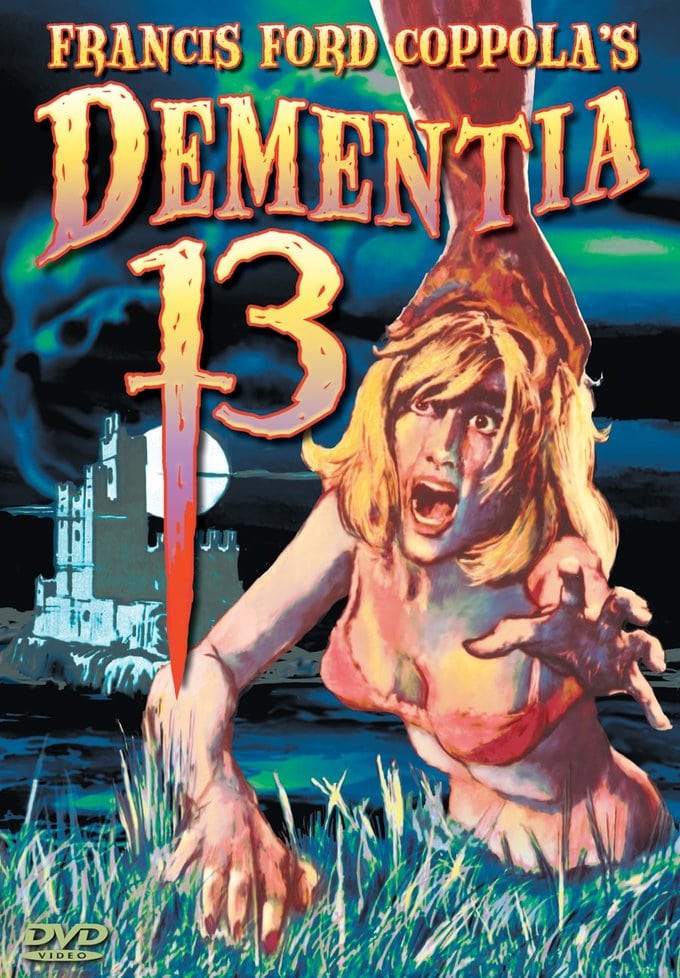 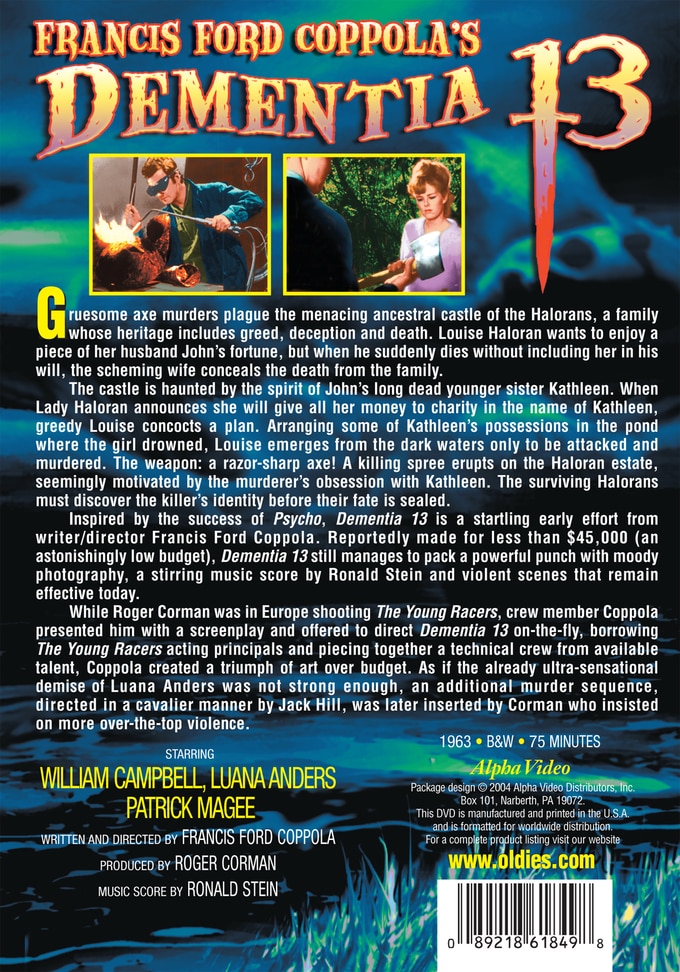 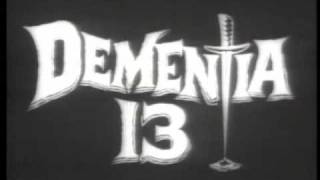 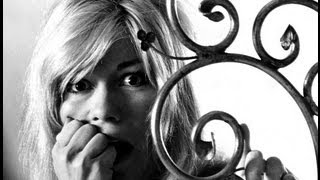 Gruesome axe murders plague the menacing ancestral castle of the Halorans, a family whose heritage includes greed, deception and death. Louise Haloran wants to enjoy a piece of her husband John's fortune, but when he suddenly dies without including her in his will, the scheming wife conceals the death from the family. The castle is haunted by the spirit of John's long dead younger sister Kathleen. When Lady Haloran announces she will give all her money to charity in the name of Kathleen, greedy Louise concocts a plan.

Arranging some of Kathleen's possessions in the pond where the girl drowned, Louise emerges from the dark waters only to be attacked and murdered. The weapon: a razor-sharp axe! A killing spree erupts on the Haloran estate, seemingly motivated by the murderer's obsession with Kathleen. The surviving Halorans must discover the killer's identity before their fate is sealed.

Inspired by the success of Psycho, Dementia 13 is a startling early effort from writer/director Francis Ford Coppola. Reportedly made for less than $45,000 (an astonishingly low budget), Dementia 13 still manages to pack a powerful punch with moody photography, a stirring music score by Ronald Stein and violent scenes that remain effective today.

While Roger Corman was in Europe shooting The Young Racers, crew member Coppola presented him with a screenplay and offered to direct Dementia 13 on-the-fly, borrowing The Young Racers acting principals and piecing together a technical crew from available talent, Coppola created a triumph of art over budget. As if the already ultra-sensational demise of Luana Anders was not strong enough, an additional murder sequence, directed in a cavalier manner by Jack Hill, was later inserted by Corman who insisted on more over-the-top violence.

Francis Ford Coppola's directorial debut, produced by horror king Roger Corman, is a terror-filled tale of family ties chopped to pieces. DEMENTIA 13's opening scene of Louise and John Haloran alone on a boat drifting nowhere (as an Elvis Presley song plays hauntingly) is reminiscent of many Hitchcock films. Its 1963 release was just the beginning of what, for Coppola, would be a long career of helming chillingly powerful masterworks such as APOCALYPSE NOW and THE GODFATHER.

Set in a spooky Irish castle, DEMENTIA 13 begins as the Haloran family gathers to memorialize the death of the youngest sister, Kathleen. While various family members plot and connive, an ax murderer is roaming the grounds, and Kathleen's body shows up at just the wrong time. Slowly, the family members become increasingly suspicious of each other--as well as of the ghosts that haunt the castle. But when the sinister family doctor is called in to help with the mystery, the expertly contrived Coppola chills really take hold.

24%off
House on Haunted Hill
$5.30 Super Savings
Add to Cart

Customer Rating:
Based on 12481 ratings.


It is obvious that Michael Jackson usurped Coppola's
concept for his Thriller video. This is better than Thriller though...blood, boobs, blondes and Wilhelm screams assault your senses, beat you senseless. Stranger than a trip to Jacko's Wonderland Ranch. Pre-beard Coppola at his best, faux sho!


A great cast and a very spooky thiller by AIP and the producers of 'The Terror'!


Awesome! What a classic.. If you haven't seen this movie it is worth alot more than $5.95!!! You have to get it! I love the nursery rhime... "Little Fishy In the Brook, Papas Hanged you on a hook"


Corman was rushed into production of this film. "Psycho" had just been released and the psycho-horror genre was born. Coppola (or the studio) was in a hurry to get into the theatres with a like minded film. The result is a little "missing something" but the story and the production does have it's moments. There is so much atmosphere and too many suspects so often it may be hard to follow exactly why people act the way they do but the "surprise ending" makes it sort of worth the effort.
I got the real creeps the first time I saw this waaaayyy back when...


...a very scary film in its own right, though sometimes bogged down by atmosphere, but it was a real early Coppola film (college project?). Yeah, the big, stately, castle-like abode; weird locals...ghosts, dead things...how could it miss? Might not be the film that you point at in your collection and say, "hey, let's watch this one for the 20th time", but well worth the initial viewing...enjoy!