A mad scientist plans to re-attach the decapitated head of a beautiful woman as part of a weird experiment. 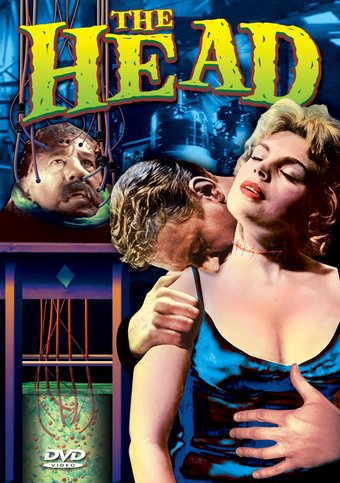 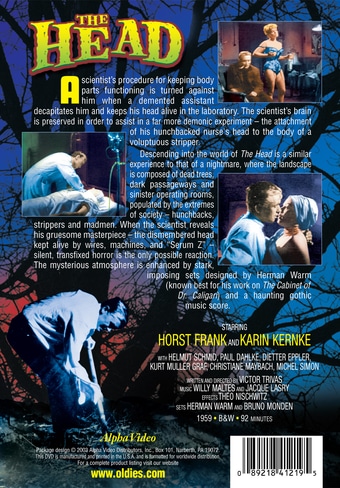 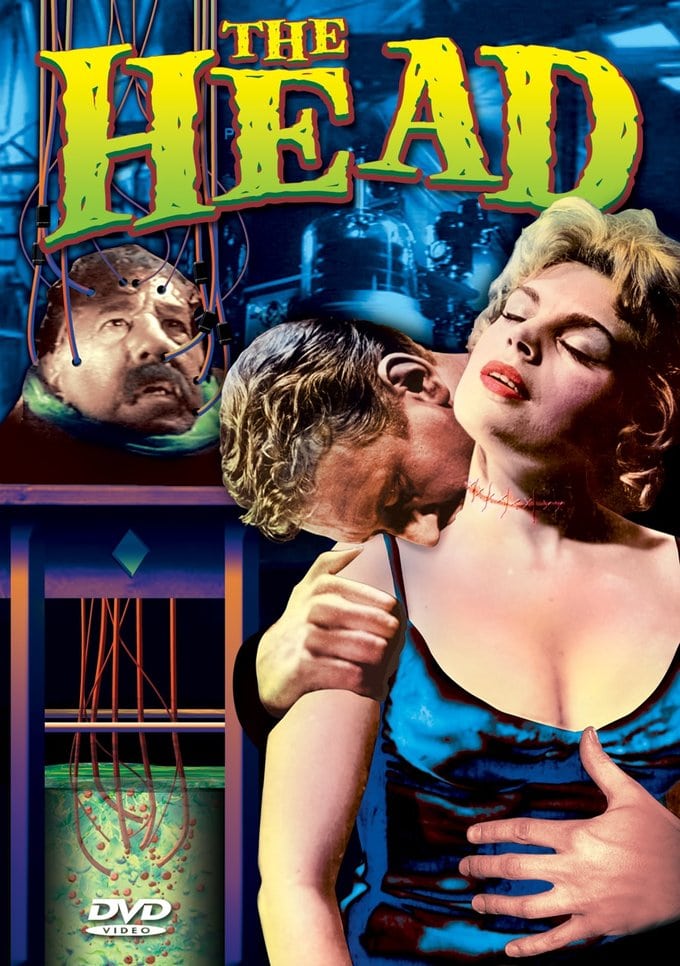 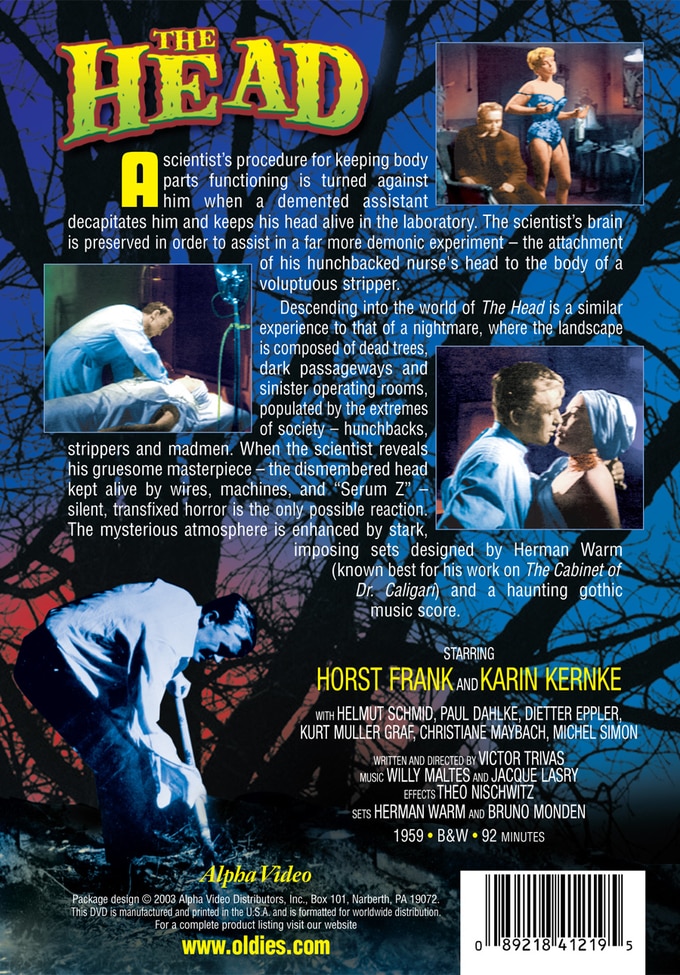 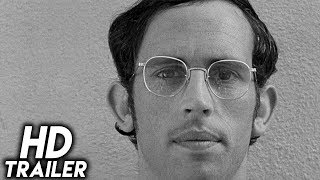 A scientist's procedure for keeping body parts functioning is turned against him when a demented assistant decapitates him and keeps his head alive in the laboratory. The scientist's brain is preserved in order to assist in a far more demonic experiment - the attachment of his hunchbacked nurse's head to the body of a voluptuous stripper.

Descending into the world of The Head is a similar experience to that of a nightmare, where the landscape is composed of dead trees, dark passageways and sinister operating rooms, populated by the extremes of society - hunchbacks, strippers and madmen. When the scientist reveals his gruesome masterpiece - the dismembered head kept alive by wires, machines, and "Serum Z" - silent, transfixscientist's procedure for keeping body parts functioning is turned against him when a demented assistant decapitates him and keeps his head alive in the laboratory. The scientist's brain is preserved in order to assist in a far more demonic experiment - the attachment of his hunchbacked nurse's head to the body of a voluptuous stripper.

Customer Rating:
Based on 6387 ratings.


Production design by Hermann Warm, the art director of many of the major expressionist classics: Weine's The Cabinet of Dr. Caligari, Lang's Spiders and Destiny, Murnau's The Haunted Castle and Phantom, Galeen's Student of Prague, Dreyer's Passion of Joan of Arc and Vampyr. One can see themes from Caligari repeated here, such as the staircase dominating the lab building. All that aside, it's very enjoyably creepy and atmospheric late night horror movie viewing.


Ah, memories of a humid summer afternoon, enticed by the sleazy stripper shown on the lobby cards for this flick at the Palace Theatre and ducking therein. Fairly creepy, atmospheric mad/horny doctor flick. (I don't know how MST3K missed makinf fun of this one.) Print quality on this Alpha DVD is very good, especially considering that, when the film was first released, it seemed very choppy due to poor final editing. Good rainy night entertainment.


This is a rare gem. A German film which because of the dubbing never attained the American audience it needed to become a classic. Not that there is anything wrong with the dubbing, after a while it isn't even noticable but during the 50's it would have been looked upon with disdain because it was not "pure". Many then would have considered it "A foriegn film" and therefore unworthy. There was also another film "The Brain That Would Not Die" where the plot is very similar to "The Head" (but not nearly so complex) was released at about the same time this would have hit American theaters.
There is an intriquing play of atmospheres wherin the director takes us from a creepy misty gothic to a shattering cold "ultra modern" in an opening of a door.
The acting and limited special effects are very good.
This will probably NOT scare anyone and for most it would be a novelty at best. It's for the serious collector who MUST have everything.
The German title is "Die Nackte und der Satan" which translates "The Naked One and Satan". A reference to the Stripper who gets her noggin bobed off by the insane doctor. There is however no nakedness. It's a real family picture.


THANKS to Alpha Video for bringing this little classic out on DVD. A scientist attempts to transplant a woman's head onto the body of a stripper, much like Brain That Wouldn't Die. The print quality is fantastic and the contrast is excellent!!! Alpha Video is already a collectors dream come true and they have made a dream of mine come true by releasing this obscure film to DVD with the best picture quality yet!!