A young woman is haunted by unearthly phantoms of death in one of the all-time great horror films. 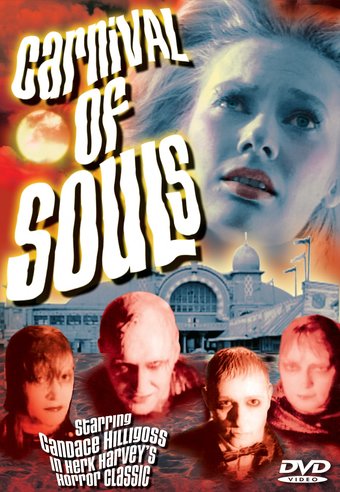 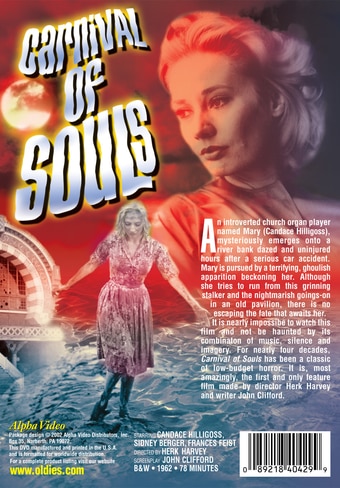 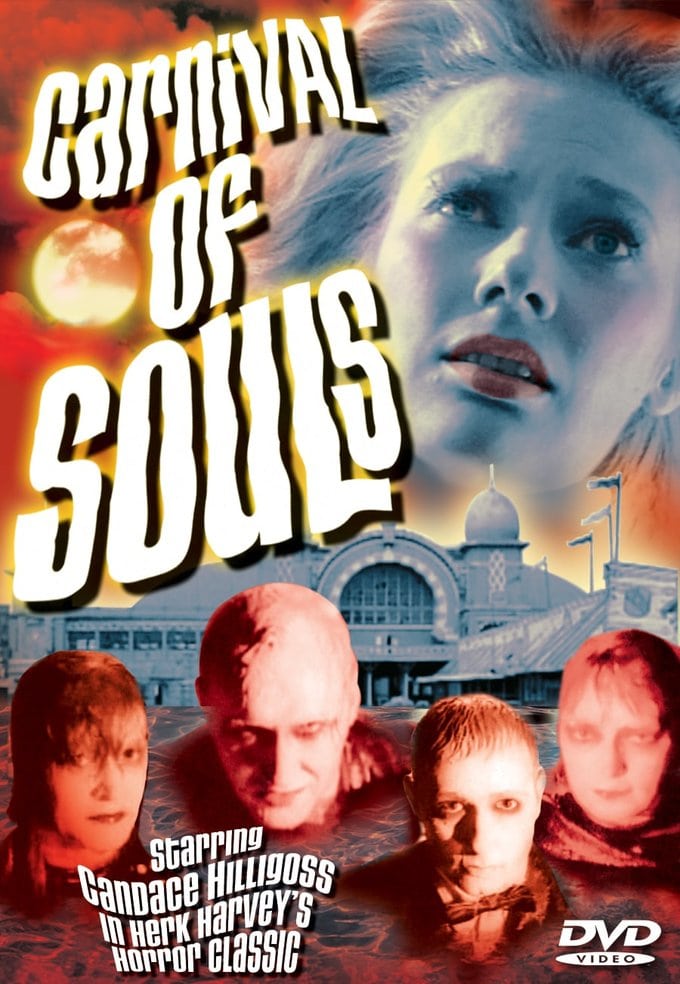 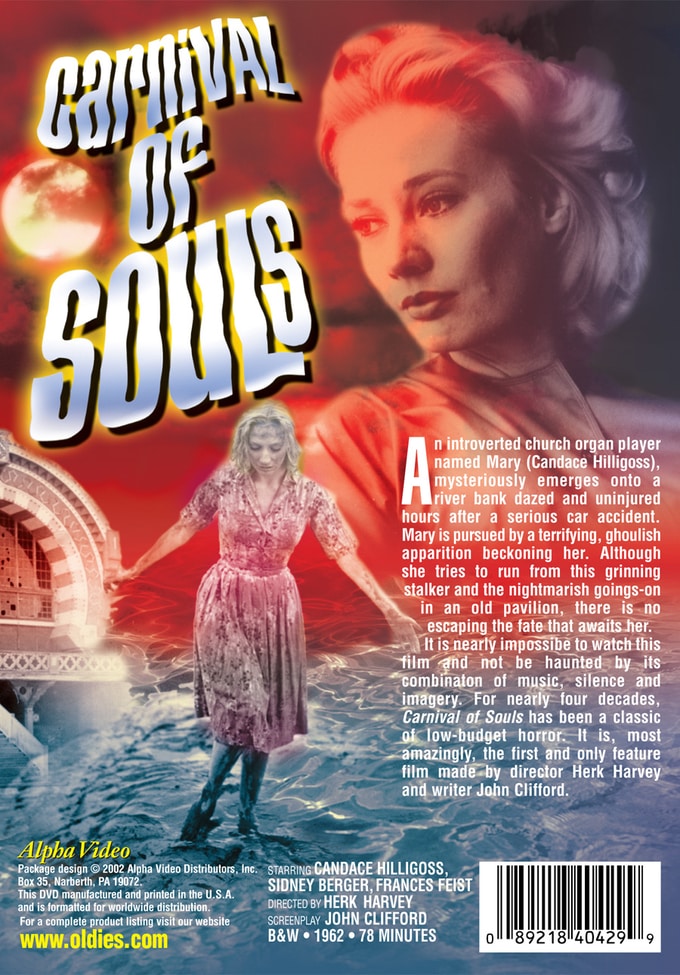 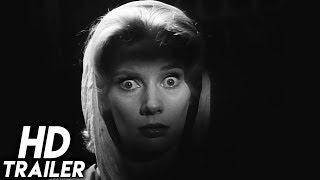 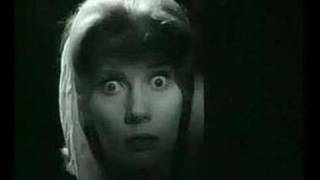 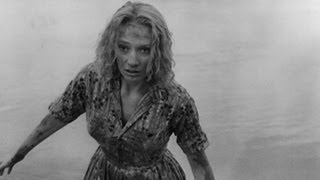 An introverted church organ player named Mary (Candice Hilligoss), mysteriously emerges onto a river bank dazed and uninjured hours after a serious car accident. Mary is pursued by a terrifying, ghoulish apparition beckoning her. Although she tries to run from this grinning stalker and the nightmarish goings-on in an old pavilion, there is no escaping the fate that awaits her. It is nearly impossibe to watch this film and not be haunted by its combinaton of music, silence and imagery. For nearly four decades, Carnival of Souls has been a classic of low-budget horror. It is, most amazingly, the first and only feature film made by director Herk Harvey and writer John Clifford.

Made in 1962 on an extremely low budget, Herk Harvey's classic CARNIVAL OF SOULS has become legendary for its ability to create a tensely creepy atmosphere with virtually no special effects. A young woman (Candace Hilligoss) is involved in a car crash when her car falls off a bridge while drag racing with some friends. After she pulls herself from the river, she moves to a new town to take a job as a church organist. Meanwhile, a distinctly eerie and hollow-faced man seems to be following her wherever she goes, while an abandoned lakeside amusement park beckons her with an almost gravitational pull. The effective organ score enhances the film to great effect, as do the bleak landscapes of Utah's salt flats.

The first feature from Harvey, who had previously made industrial and promotional films for the Centron Corporation in Lawrence, Kansas, CARNIVAL OF SOULS developed a cultlike following despite being rarely screened for nearly thirty years. The TWILIGHT ZONE-esque tale of a woman who is in a car crash, only to find herself being pursued by spirits, the film's strength is its ability to sustain a very disturbing atmosphere with little more than some makeup, an eerie organ score and spare black-and-white photography. Harvey achieved his stated mission: for the film to have the "look of a Bergman" and the "feel of a Cocteau."

Night of the Living Dead
$3.98 on Sale
Add to Cart

73%off
Masters of Horror - Tobe Hooper: Dance of the Dead
$3.98 Super Savings
Add to Cart

Customer Rating:
Based on 34224 ratings.


I love this movie, like other reviewers note it's great, I just want to say if you are holding out for the Criterion version because you think the print is probably bad, don't. Unless you have 30 bucks laying around to blow for not much reason. Alpha's version is sharp and has wonderful sound. I have heard the Criterion has some 30 seconds or so more footage, big whoop! I would much rather have this version and 5 or 6 more Alpha movies than the Criterion.


Following Night of the Living Dead this movie is the best of 60's horror and then some! I loved everything about it! It was scary and suspenseful. Shame to those who call this anything but fantastic!


This is one of the creepist movies I've seen in a long time. The non-religious organist who gets increasingly spooky is fabulous. The soundtrack (organ music) is unbelievably creepy! If you don't enjoy this movie, there is something wrong with you!


I sing the praises of this film to movie-collecting friends all the time. I know someone who lives in Lawrence, KS and she told me this film is a Halloween staple on local TV, and that in order to get to work she has to drive over the bridge featured in the film every morning. Oh, to live in Kansas, home of Herk Harvey and Dorothy Gale.


Good point about the three men in Mary Henry's life! I first saw Carnival of Souls on television in 1965 and it has haunted me for years. I got to see it restored and in a theatre in 1990. A very good friend of mine went to school in Lawrence, Kansas where the film was shot and got to meet Herk Harvey, the director, and other people involved in the movie's production. Alpha's disc is very well done for a budget company, I have dozens of Alpha discs and plan to get many more. Thank you for making so many films available to collectors at a good price.
Sam Moffitt St. Petersburg FL


A low-budget spine-tingler that uses its meager financial resources to the max! One of the best of the independent cheapies, and certainly deserving of its cult status. The juxtaposition of wide and almost wintery extertiorshots with claustrophobic interior shots sets up the mood of this film VERY nicely. CARNINVAL OF SOULS illustrates how a good story and directorial talent can triumph over an almost empty wallet. (Directorial wannabes take note!)


Extremely eerie film of a girl pursued by a phantom figure and her attraction to an abandoned dance hall pavillion after she has been seemingly drowned. Don't watch this alone or with the lights out! Really deserves the cult following that its earned.


Comparable to Night of the Living Dead. It captures your imagination to its limits!


This film is amazing. I can't belive that it has been basicly overlooked by most collectors and the film goers of the time. The quality of the Alpha disc is exceptional and I highly recomend you get this film.


I’m really surprised it took me as long as it did to discover this disquieting little gem of a horror film. It’s also surprising how ahead of its time it seems. The story is beautiful in its simplicity, but there’s sufficient depth to keep you thinking about it for days. It’s also got a pretty decent ending, and though I saw it coming a mile away, it was still powerful (and I might not have seen it coming in 1962).

The DVD itself is one of the consistently best from all the Alpha titles I own. The picture quality, in particular, is top notch.

If my review is vague, it’s because of the very nature of this film. Give it a shot if you appreciate slower, moody, and atmospheric psychological horror films.


My favorite horror film, Carnival of Souls is a masterpiece of spectral dread and the unnerving mysteries of the grave. Candace Hilligoss amazes as the puzzling and enigmatic Mary Henry, whose music can stir any soul but her own. She meets three men -a minister, a doctor, and a sleazy neighbor- who are interested in her soul, her mind, and her body respectively. But none can save her from the grip of the grave. Very acceptable print and DVD presentation.