The Brain That Wouldn't Die

An obsessed scientist keeps the decapitated head of his girlfriend alive while he hunts for a new body. 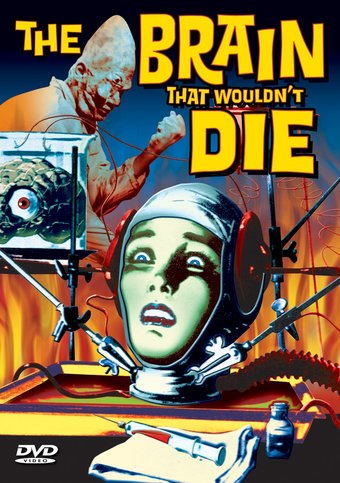 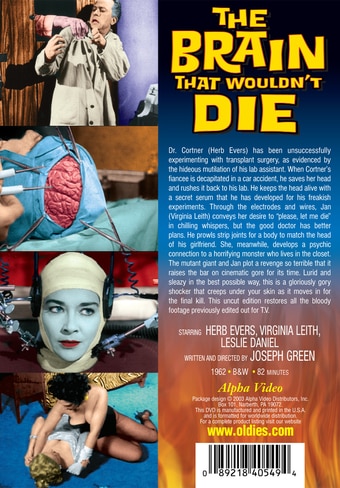 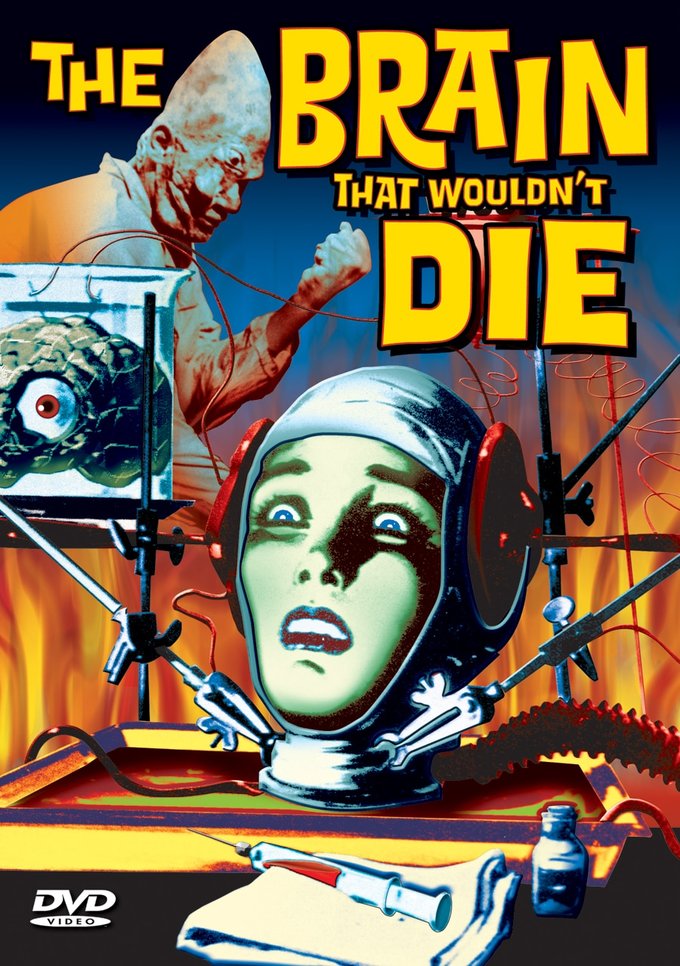 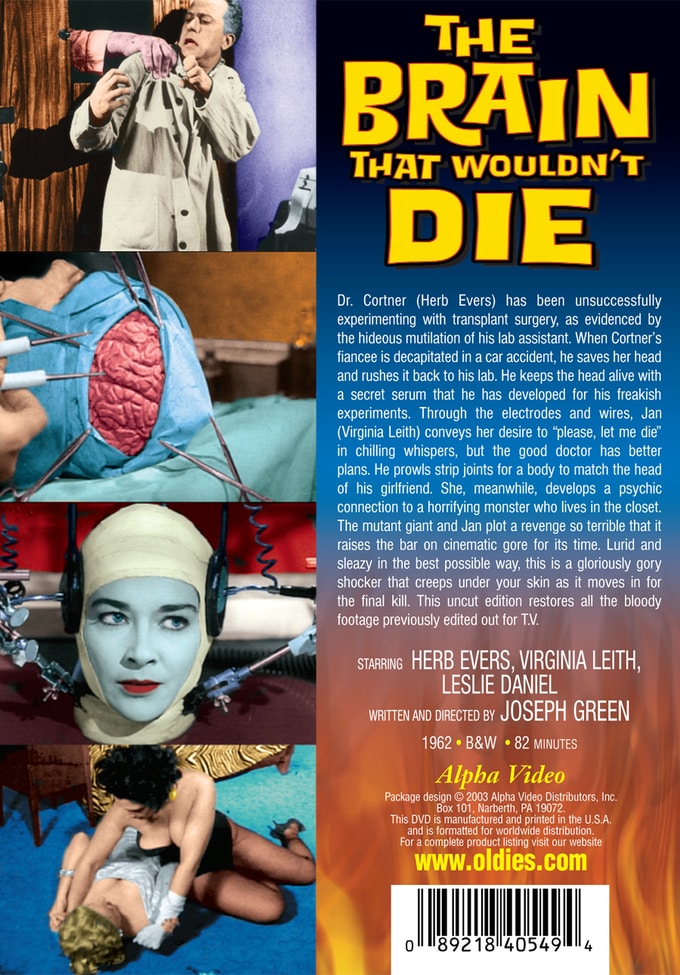 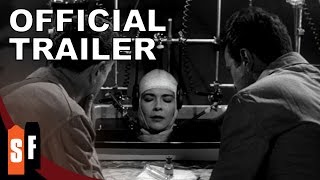 John Landis on THE BRAIN THAT WOULDN'T DIE (Featurette)

Dr. Cortner (Herb Evers) has been unsuccessfully experimenting with transplant surgery, as evidenced by the hideous mutilation of his lab assistant. When Cortner's fiancee is decapitated in a car accident, he saves her head and rushes it back to his lab. He keeps the head alive with a secret serum that he has developed for his freakish experiments. Through the electrodes and wires, Jan (Virginia Leith) conveys her desire to "please, let me die" in chilling whispers, but the good doctor has better plans. He prowls strip joints for a body to match the head of his girlfriend. She, meanwhile, develops a psychic connection to a horrifying monster who lives in the closet. The mutant giant and Jan plot a revenge so terrible that it raises the bar on cinematic gore for its time. Lurid and sleazy in the best possible way, this is a gloriously gory shocker that creeps under your skin as it moves in for the final kill. This uncut edition restores all the bloody footage previously edited out for T.V.

A boorish doctor who has devised a way to bring the dead back to life gets into a car accident and kills his beautiful fiancee; he takes her severed head back to the lab with him and keeps it alive in a tray of serum. She is unhappy with the situation and begs him to let her die, but he embarks upon a search for the perfect body for his amour, visiting strip clubs and streetwalkers and scouring the city. Meanwhile, the fiancee discovers that a side effect of her current status is telepathy, and she begins to communicate with the doctor's "mistake," which is held captive in a locked room off the lab. With the monster's help, the bodyless woman manages to save the life of the doctor's chosen victim and burn the lab down in the process.

Monsters | Mad Doctor | Theatrical Release | Strippers
This product is made-on-demand by the manufacturer using DVD-R recordable media. Almost all DVD players can play DVD-Rs (except for some older models made before 2000) - please consult your owner's manual for formats compatible with your player. These DVD-Rs may not play on all computers or DVD player/recorders. To address this, the manufacturer recommends viewing this product on a DVD player that does not have recording capability.

Customer Rating:
Based on 11856 ratings.


Is not something you will be saying through out this movie! It was awesome in my opinion and this is definately something you will want to watch again and again. Though you are pretty sure on how it will end it is still full of all that classic horror goodness that you don't see anymore. A tragic love story that is spured on by greed and the advance of science.


Brilliance comes once in a lifetime. And as research indicates, the team behind this film didnt really go on to make much of anything else.
The Brain's brilliance comes not from a poorly written, poorly delivered script but from the combination of the 2 converging on somewhat serious bioethical issues.
Banned in the British gov't for indecency, this movie's got it all. A suave young doctor steals arms and legs from amutation operations and experiments, until one day "THERE WAS AN ACCIDENT!" His hot nurse/fiance is decapticated, driving him to the point of final madness!
Masterpiece.


I love this movie. Severed heads, arms and cat-fighting strippers... What more could you ask for in a cheap flick? Virginia Leith is wonderfully demented as the disembodied head. If you love old campy horror films don't miss this one.

The movie that wouldn't end Movie Lover: Spencer Koelle from Pennsylviana, where the shadows lie -- August, 20, 2004


Even as drive-in trash, I feel any plural number of stars is far too generous for "The Brain that wouldn't die", which, at the last moment the ending credits label "the HEAD that wouldn't die". Make up you're mind movie! Is it a brain or a head?

This suicidally grim movie begins simply enough. A man speeds over heeding an urgent call and kills his girlfriend in a car crash, so he naturally takes her head to the lab and keeps her alive with a pan of magic neck juice.

He then goes about following the tune of sleazy music to search for some poor tramp to steal the body off for his wife, going on the apparent assumption that they can then live happily ever after.

Meanwhile back at the farm, the severed head apparently wants only to die and developes a friendship with a frankenstien-esque monster locked in a closet.

In the climactic scene the evil scientist stands over with his neck DIRECTLY in front of the slot on the monsters door where it can reach out and strangle him in one of the most pathetic attack scenes in all time. It then goes on to set the place on fire so the head can finally die, albeit much slower and more painfully than she hoped, and the monster takes a bite of the scientist, spits it out, and lumbers off with the girl who was to be the body-donor for the man's wife.

This story wraps up with the wonderful moral: Never trust anybody. Ever.


The matter of suspension of disbelife is always an issue in dealing with sci-fi or horror genres and there is a lot to suspend when you watch The Brain That Would Not Die. Firstly it's not so much just a brain as it is a whole head. And it seems that if you get your head cut off and manage to live you develope amazing psychic powers-sort of the remnant senses overcompensating theory.


This is a GREAT print of this wacky, tacky drive-in classic! The movie's as good as the cover!