If I Were Rich

Hilarious romantic comedy set against the background of the Great Depression. 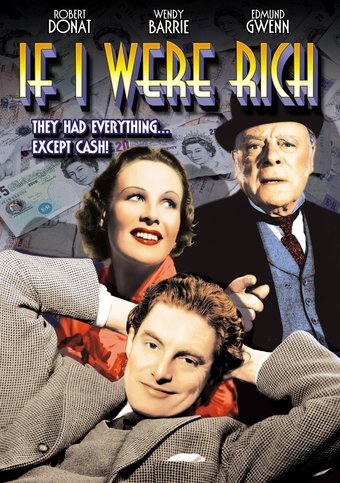 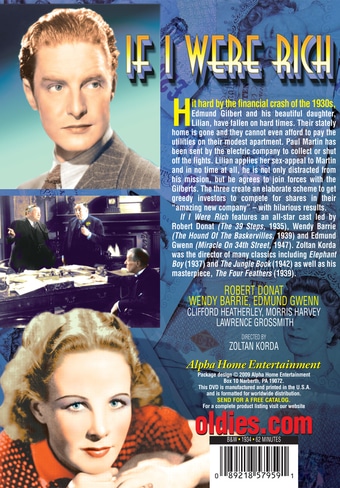 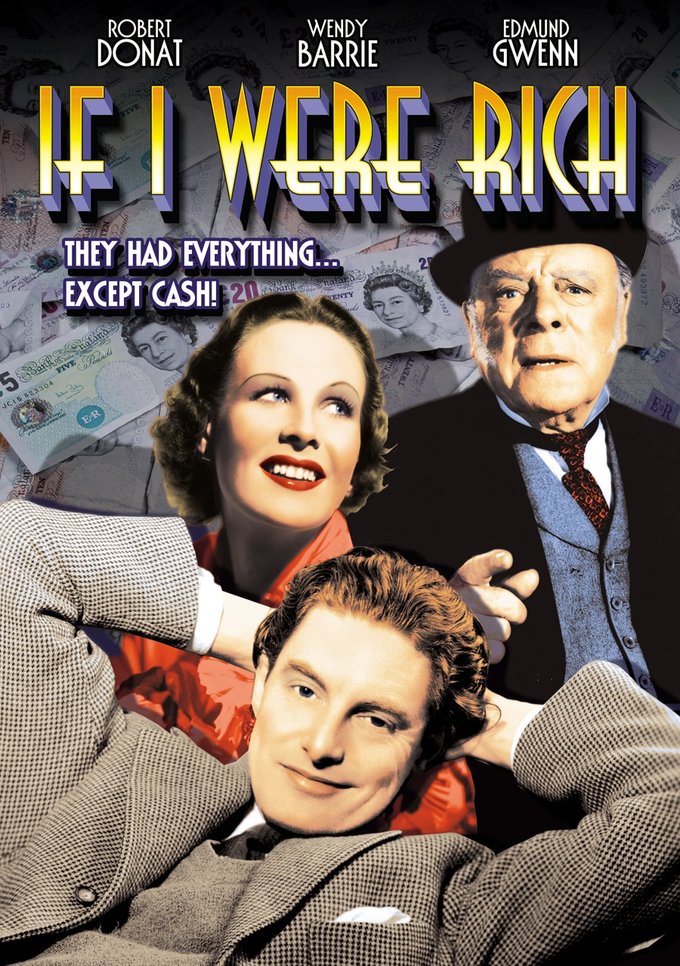 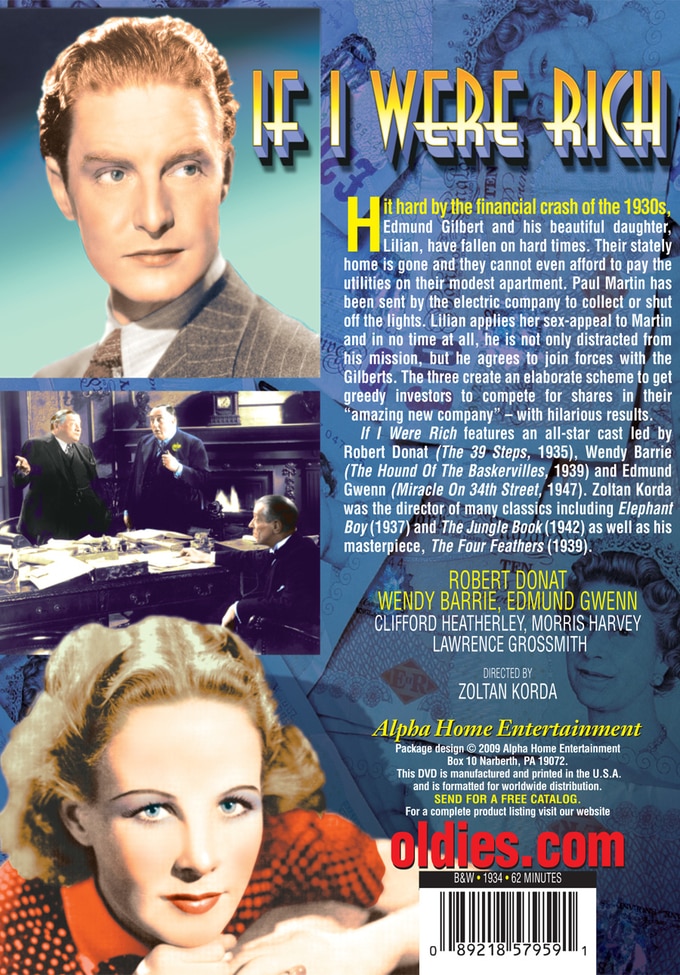 Hit hard by the financial crash of the 1930s, Edmund Gilbert and his beautiful daughter, Lilian, have fallen on hard times. Their stately home is gone and they cannot even afford to pay the utilities on their modest apartment. Paul Martin has been sent by the electric company to collect or shut off the lights. Lilian applies her sex-appeal to Martin and in no time at all, he is not only distracted from his mission, but he agrees to join forces with the Gilberts. The three create an elaborate scheme to get greedy investors to compete for shares in their "amazing new company" - with hilarious results.

Witty British comedy about keeping a stiff upper lip and employing a little fiscal cleverness during the Depression while awaiting a return to prosperity.

British | Vintage
This product is made-on-demand by the manufacturer using DVD-R recordable media. Almost all DVD players can play DVD-Rs (except for some older models made before 2000) - please consult your owner's manual for formats compatible with your player. These DVD-Rs may not play on all computers or DVD player/recorders. To address this, the manufacturer recommends viewing this product on a DVD player that does not have recording capability.

Customer Rating:
Based on 239 ratings.


This is a cute movie, funny premise, but the sound & picture were a little fuzzy. Or maybe it's just those British accents spoken too quickly? Edmund Gwenn shines as usual. The character he plays is a wheeler dealer with few morals, unable to see the more honest side of any deal...& he makes you want to adopt him as your favorite uncle.